Did Pelosi Write This Letter to Portland Mayor Ted Wheeler? 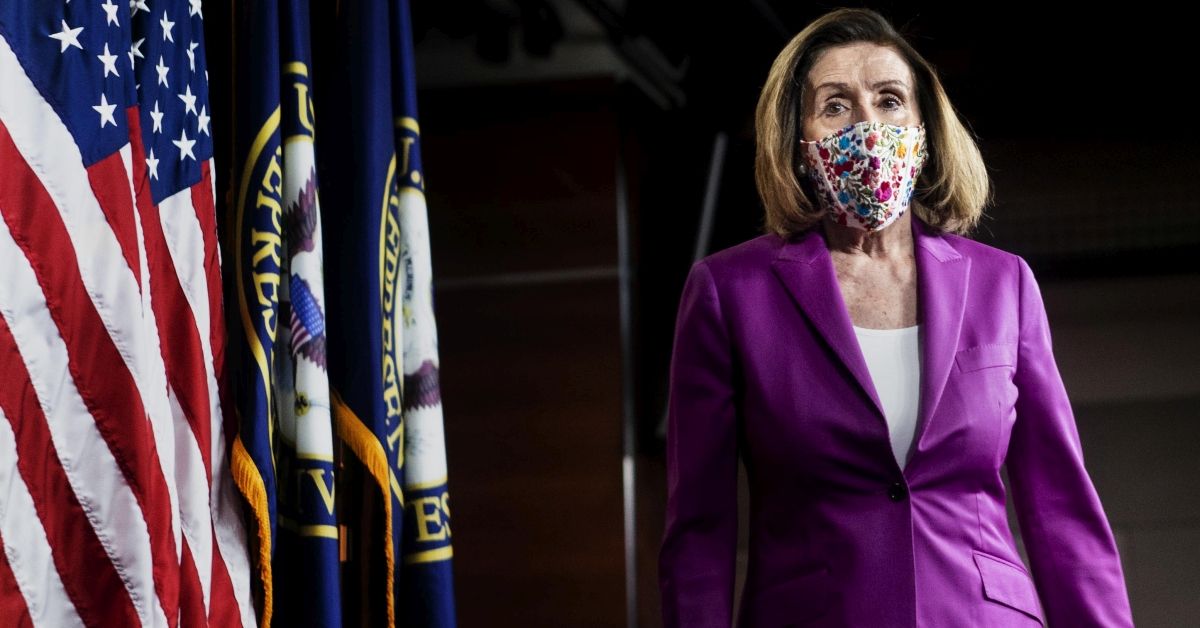 In the aftermath of the Jan. 6, 2021, riots at the U.S. Capitol, right-wing conspiracy theorists and internet users began to share a letter, supposedly written by Democratic House Speaker Nancy Pelosi to Ted Wheeler, mayor of Portland, Oregon. The letter appeared to encourage Wheeler to "stick to the proven Democratic play book" and "blame Trump" for civil unrest in the city in August 2020. I have seen your response to the riots in your city and I am urging you to stick to the proven Democratic Play book. I would like to review this with you now.
1. Deny there is a Problem. (Press will support this)
2. Refer to everything as peaceful and calm. (Press will help here also)
3. When all hell breaks loose, go on camera and show your support for anybody breaking the law. (Press will praise you for this, you will be a new hero, trust me).
4. When you can no longer keep any order "BLAME TRUMP!" (I cannot over emphasize #4, This has worked every time we have used it and again the Press has told me they will support and fact check any claim we make!! THIS IS POLITICAL GOLD!!)
5. Go on Television and Condemn TRUMP and refuse any assistance! We CANNOT give TRUMP any victory before the election!!!!!

Many of those who shared the letter claimed additionally that it had been obtained from a laptop stolen from Pelosi during the riots. One widely shared screenshot indicated that the letter had also been shared on the social media website Parler by the controversial pro-Trump attorney Lin Wood.

On Jan. 10, Google and Apple removed Parler from their app stores, and Amazon removed the site from its online platform, meaning we could not access Wood's Parler posts at the time of this writing, so we can't verify whether he did share the Pelosi letter.

However, we do know the letter was fake.

First of all, it bore several prima-facie hallmarks of being inauthentic: the informal style and tone ("stick to the proven Democratic Play book"); the scattered use of all caps ("THIS IS POLITICAL GOLD!!"); frequent deployment of exclamation marks; inappropriate capitalization ("Play book" and "Problem") and inappropriate lack of capitalization ("best wishes").

Those traits immediately marked the letter as being more akin to a hyper-partisan Facebook post than formal written correspondence between the speaker of the U.S. House and the mayor of a major American city.

On Jan. 6, Capitol rioters did steal a laptop from a conference room used by the speaker of the House. However, Pelosi's Deputy Chief of Staff Drew Hamill quickly clarified on Twitter that the laptop was used only for giving presentations. In an email sent to Snopes, Hamill explained that not only was the letter fake, but the laptop in question would not have allowed anyone access to Pelosi's personal, private correspondence in the first place.

Furthermore, a spokesperson for Wheeler confirmed for Snopes that the Portland mayor had never received any letter from Pelosi that matched the content of the one shared widely in January 2021.

Those dual attestations, combined with the unavailability of evidence to authenticate the letter, and the existence of convincing indications that it was not written by Pelosi, mean we are issuing a rating of False.