Was a Pedophile Found Dead in His Prison Cell with His Penis Chopped Off?

A man convicted of sex crimes against children died in prison, but not in the grisly manner claimed by fake news purveyors. 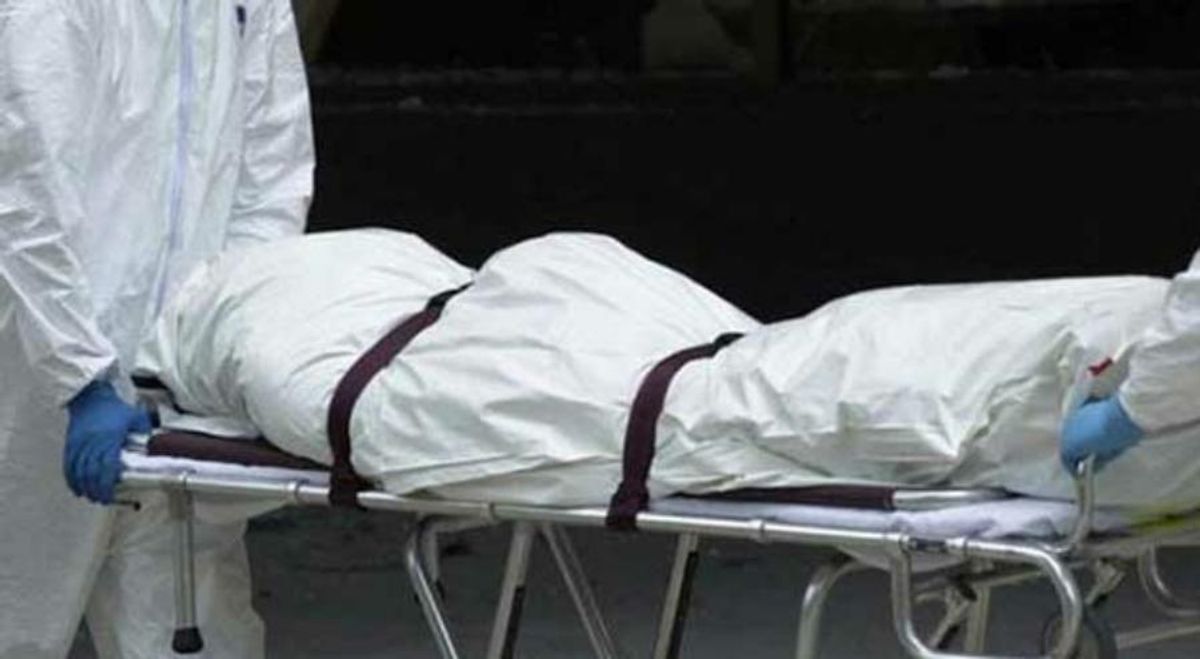 Claim:
A pedophile who was part of a gang that drugged and raped babies was found dead in his prison cell with his penis chopped off.
Rating:

On 8 November 2017, the Neon Nettle web site published an article reporting the gruesome prison murder of a man convicted of having raped an infant:

A pedophile who was part of a sick gang that drugged and raped babies has been found dead in his prison cell with his penis chopped off.

James King, 31, who changed his name from Robin Hollyson, was jailed for 24 years for raping a three-month-old baby and filming it. A fellow prisoner, John Denham, confirmed to the inquest that inmates at HMP Bristol took contracts on King.

Prison workers were called to Kings prison cell to at 9:20 pm on January 21 to find King unconscious with his penis chopped off.

This article was based on a real incident that took place in January 2016, involving the prison death of one of several men (James King, originally named Robin Hollyson) convicted as part of a "paedophile gang" that sexually abused young children:

Seven members of a paedophile gang were involved in the rape and abuse of babies, toddlers and children in attacks that were streamed on the internet and seen on every continent.

The sex ring – described as having “tentacles that go round the world” – preyed on the families of the children they targeted, in one case grooming a mother and father before their baby was born.

Members would frequently travel long distances to carry out the attacks together or watch the abuse over the internet, often using the dark web, if only one of them had access to a victim. Online chat revealed that members of the gang, who lived across the UK, would offer advice and guidance to others on drugging their young victims.

Seven men, aged between 30 and 51 and including three convicted sex offenders, were brought to justice following an investigation led by the National Crime Agency.

Hollyson, who was previously known as Robin Fallick, Stansfield and Harsley are convicted sex offenders while Denham, who changed his name from Benjamin Harrop, was a respected youth football coach.

In total they faced more than 30 charges, including the rape of a child, conspiracy to rape a child, sexual activity with a child and administering a substance with intent against three victims – a baby, a toddler and a pre-school-age child. Investigators, who spoke before the verdicts, believe there are other victims.

According to other news reports, some of King's fellow inmates admitted to plotting to do him physical harm at the facility where they were imprisoned:

Prisoner John Denham told an inquest that fellow inmates at HMP Bristol quickly took out contracts on King to burn him or give him a "black eye or two".

King's mother Deborah Wyatt added that a fellow gang member had been “sugared” – burned with sugar-filled water – in an attack he feared was intended for him.

In a statement to police, Denham said people had taken contracts out on King inside prison to hurt him.

However, the most salacious element of Neon Nettle's reporting, that James King was "found dead in his prison cell with his penis chopped off," was entirely fabricated by that web site.

In fact, King was found hanging unconscious in his cell (and died of his injuries two days later), after which an inquest heard medical and other forms of evidence sufficient to support a conclusion of suicide. No legitimate news reporting stated that King had been murdered by other inmates or found with his penis "chopped off":

Just four months into his sentence he was found hanging in his cell and died two days later in hospital on January 17.

A four-day inquest before a jury at Flax Bourton, near Bristol, heard how King had anxiety and depression, which got worse around the time of his sentencing.

He had tried to kill himself before arriving at Bristol prison and was three times placed on special observation amid fears he would harm himself or commit suicide.

Prison officer Mike Simmonds said there was "a lot of suspicion" because his cellmate Cona Ellis was found covered in blood and wearing King's watch.

But when forensic officers examined the cell and found two suicide notes police decided there was "no foul play", it was said.

Pathologist Amanda Jeffery said King died as a result of lack of oxygen to the brain caused by hanging.

After more than four hours of deliberation the jury of ten people returned a conclusion of suicide.

None of this misreporting was surprising, as Neon Nettle is a fake news site particularly known for publishing fabricated and exaggerated clickbait stories about pedophiles.

Daily Express.   "Paedophile Baby Rapist Found Dead in His Cell After Inmates Took Contracts Out on Him."     27 November 2016.

Mortimer, Caroline.   "Notorious Paedophile Killed Himself After Inmates Took Out 'Contracts' on Him, Inquest Hears."     The Independent.   27 November 2016.