It is unclear whether a homespun remedy spreading widely online would help someone dealing with nausea or vomiting. 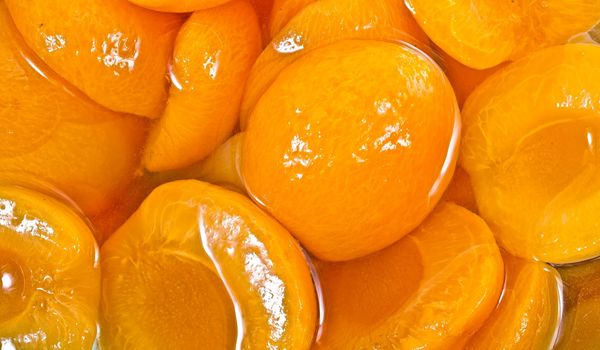 Claim:
Ingesting "a tablespoon" of fruit syrup every 15 minutes for an hour can help someone dealing with vomiting or diarrhea.
Rating:

One mother's tips for dealing with "the flu" spread widely on Facebook in December 2018, but it is unclear whether it has any medical merit:

The post which had been shared several hundred thousand times on social media at the time of this writing, stated:

With the stomach flu going around, try this if your kiddos, spouse, relative, or you are throwing up. Get a can of fruit in heavy syrup (I suggest peaches, it's what I've always used). Take a tablespoon of just the syrup every 15 minutes for an hour. If you get sick in between that hour, restart. This is a tip a nurse gave me while I was pregnant the first time. It literally was a life saver for all 3 pregnancies and any time my husband or I have had the stomach flu. My husband thought I was crazy the first time he got sick around me and was throwing up so often he started throwing up stomach acid and blood.. He finally tried the peach syrup and literally didn't get sick anymore. Feel free to pass this on cause a lot of people seem to be sick right now, it could help them a lot!

The post also included a disclaimer stating that "I am NOT a doctor. Consult your doctor if you have questions about trying this. I am not responsible for customers consuming this product."

The suggested remedy, though, has come under question from medical professionals. In 2009 the New York Daily News briefly mentioned "syrup from canned fruit cocktail" as part of a guide to myths and realities surrounding treatment of a stomach flu.

In that article Richard Fleece, an assistant professor of clinical pediatrics at Temple University, described it as an "old-school" approach to the problem comparable to drinking Coca-Cola (which can contain fructose syrup) to settle the stomach. Instead, he advised, people suffering from the stomach flu should drink Pedialyte, which can replenish the body's electrolyte supply. "If you don't have Pedialyte, dilute Gatorade or flat ginger ale 50-50," he added.

John Townes, a professor at the Oregon Health & Science University school of medicine specializing in infectious diseases, was also skeptical that peach syrup could help after reading the more recent claim. He pointed out that "nausea and vomiting are not a primary symptom of 'the flu.'"

What people describe as the "stomach flu" or the "24-hour flu," Townes said, is usually a norovirus. These types of organisms have a dense structure that makes them resistant to stomach acids and normal household cleaners, thus enabling them to survive in various environments for extended periods of time and making them extremely contagious.

"What would [fruit syrup] do to somebody who had norovirus? I think it would probably do nothing," he said, adding that he was "not aware of any study" examining syrup's potential as a treatment in these types of cases.

It is possible, Townes allowed, that the syrup could settle an upset stomach.

"It probably won't hurt you much, but for somebody who's diabetic it's probably not a good idea," he offered. "Just because [the advice is] shared around doesn't make it [accurate].

Noroviruses usually run their course in 12 to 24 hours, Townes said, and will often include some episodes of vomiting.

"If you can't keep anything down for more than a day, you should contact your doctor," he advised. "You may need to get an antiemetic medication."

According to the Centers for Disease Control (CDC), between 19 million and 21 million people in the U.S. contract a norovirus every year. To avoid spreading the virus to others, the CDC urges anyone dealing with it to thoroughly clean not only their hands, but also any affected clothing and any areas in which they suffered nausea or diarrhea.

Centers for Disease Control and Prevention.   "Prevent the Spread of Norovirus."     Accessed 28 December 2018.