Is the Payday Candy Bar Changing Its Name?

Memes are not the best source for factual information. 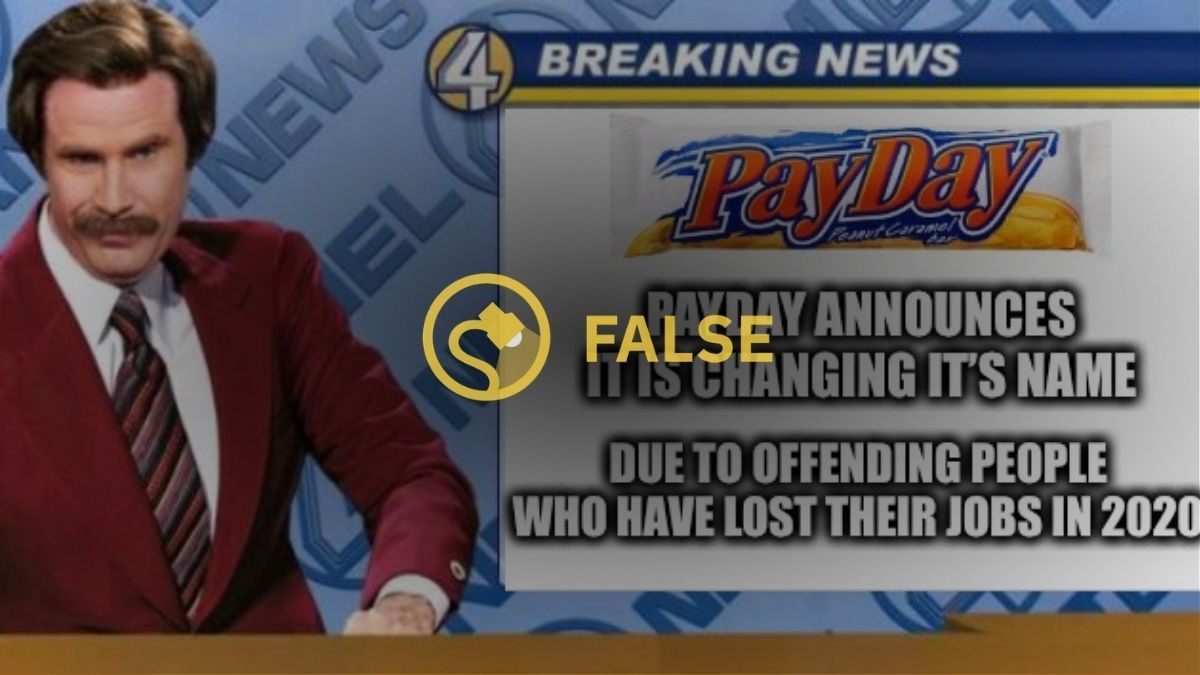 Claim:
The candy bar "Payday" is having its name changed because it is offensive to people without jobs.
Rating:

In February 2021, Americasbestpics.com shared a meme involving the claim that the candy bar "Payday" was having its name changed because it was offensive to people without jobs: The Payday candy bar is not having its name changed because it is offensive to the unemployed. This is just joke about "cancel culture."

While this joke was widely spread on social media in February 2021 after it was posted to AmericasBestPics.com — a website that posts humorous (and sometimes entirely fabricated) content — various memes claiming that Payday was changing its "offensive" name have been circulating since at least the summer of 2020.

The Payday candy bar first hit the market during the Great Depression in 1932. According to Food and Wine Magazine, this nutrient-dense candy bar was once considered a "meal replacement" to those who were struggling to put food on the table during this era:

One of the few chocolate-free candy bars, PayDays consist of salted peanuts rolled in caramel, surrounding a nougat-like center. During the Depression, candy bars were often marketed as meal replacements, and the PayDay, with its peanut-dense outer layer, was one of the more filling options out there.

Today, the candy bar is manufactured by The Hershey Company. At the time of this writing, the company had not made any announcements about changing Payday's name.