Paul McCartney Never Endorsed CBD Gummies, Nor Is He Dead

McCartney wasn't the first celebrity whose image and likeness were used without permission to sell CBD gummies, and he likely won't be the last. 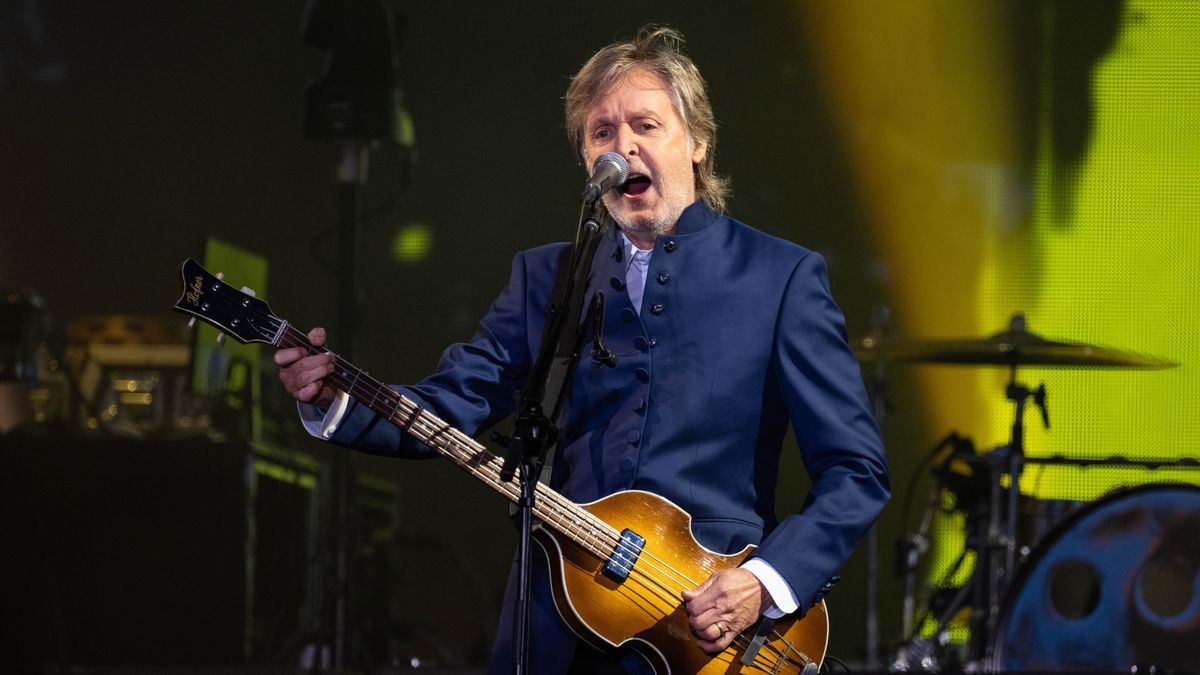 In December 2022, we received reader mail that asked if singer-songwriter Paul McCartney had endorsed CBD gummies. This rumor was false. We found no information that credibly linked McCartney to any CBD gummies products.

This whole ruse had a scammy feel to it, but we opted for a "False" rating instead of "Scam" to establish the fact that McCartney's image and likeness were being used without permission, and to drive home the fact that he had nothing to do with any of this.

A search of Facebook led us to details about how this rumor started.

Paid ads on Facebook and perhaps even Instagram advertised a link with a picture of McCartney. The link in the ads showed a headline that felt a bit like a death hoax, even though the former member of The Beatles and Wings was not dead. It read, "A Tragic End Today for Paul McCartney." This was an attempt to bait readers into clicking on the ads. 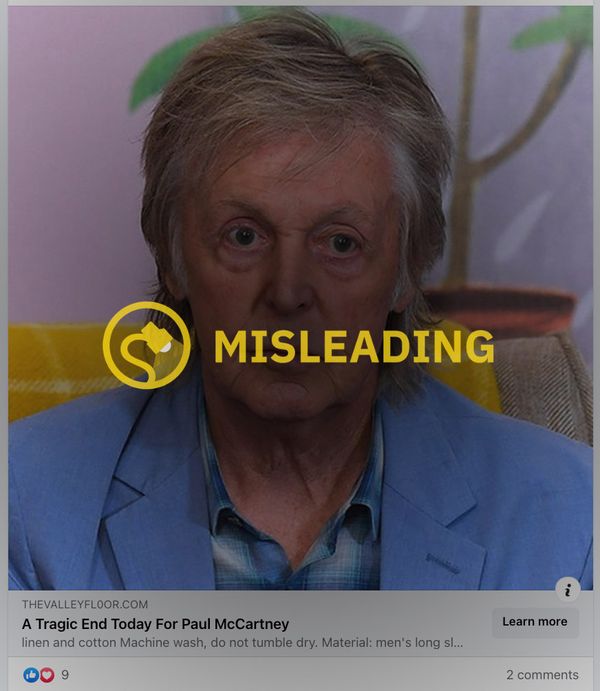 One Facebook user posted that the misleading ads were also going around with the headline, "Paul McCartney's SNL Impression."

Any users who clicked the links in the Facebook ads were led to a scammy page on esigocaf.top or another website. The website loaded what may have appeared to be a credible article that claimed McCartney had endorsed CBD gummies. However, this article was designed by scammers. The logos and layouts for Time.com, People.com and other big-name news organizations were duplicated to fool readers into believing they were on those publishers' real websites.

Any attempts to refresh the article or copy the link and visit the page later would result in a different page being loaded that would show a fake online shop for items not related to CBD gummies. Basically, unless a user clicked directly from the Facebook ads, scammers were attempting to hide the scammy CBD endorsement article from prying eyes using something known as an inline frame (iframe) in the code of the page. We've seen this before with other celebrities such as film and TV actor Tom Selleck.

The fake article we reviewed showed "Time" in the browser tab, apparently for Time magazine, yet the website was designed to look like People.com. Again, this website was hosted on esigocaf.top, not People.com. 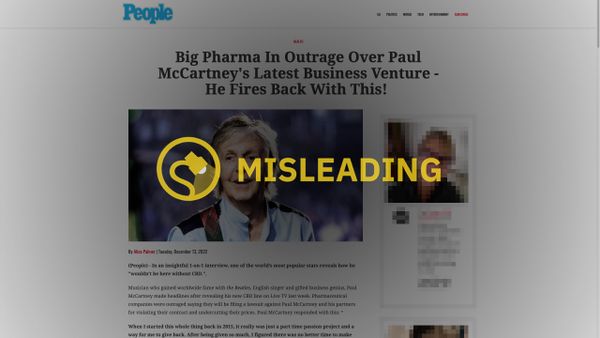 The headline for the completely made-up story read, "Big Pharma In Outrage Over Paul McCartney's Latest Business Venture - He Fires Back With This!"

(People) - In an insightful 1-on-1 interview, one of the world's most popular stars reveals how he "wouldn't be here without CBD."

Musician who gained worldwide fame with the Beatles, English singer and gifted business genius, Paul McCartney made headlines after revealing his new CBD line on Live TV last week. Pharmaceutical companies were outraged saying they will be filing a lawsuit against Paul McCartney and his partners for violating their contract and undercutting their prices. Paul McCartney responded with this:

"When I started this whole thing back in 2015, it really was just a part time passion project and a way for me to give back. After being given so much, I figured there was no better time to make CBD Gummies available to everyone, as it can help thousands of people experience life pain-special and live much happier lives."

Bayer and Purdue Pharma were furious after seeing a massive dip in their sales, calling for Paul McCartney to be indicted, saying: "We're happy Paul McCartney found something to replace prescriptions, but his announcement was a direct breach of contract. His network should fire him immediately and he should formally apologize."

The story went on to falsely claim that McCartney was giving out "special samples," and that other celebrities, including Drew Carey, Tom Hanks, Randy Jackson, and Halle Berry, had all given their stamp of approval to the musician's supposed CBD gummies line. None of this was true. All of these celebrities were having their image and likeness used completely without any authorization. Further, Time magazine and People magazine had nothing to do with any of this.

In addition to the social media ads and the fake article, we found tons of scammy Facebook pages with names including McCartney's name and the words "CBD gummies." Most of these pages had between 0 and 2 followers. 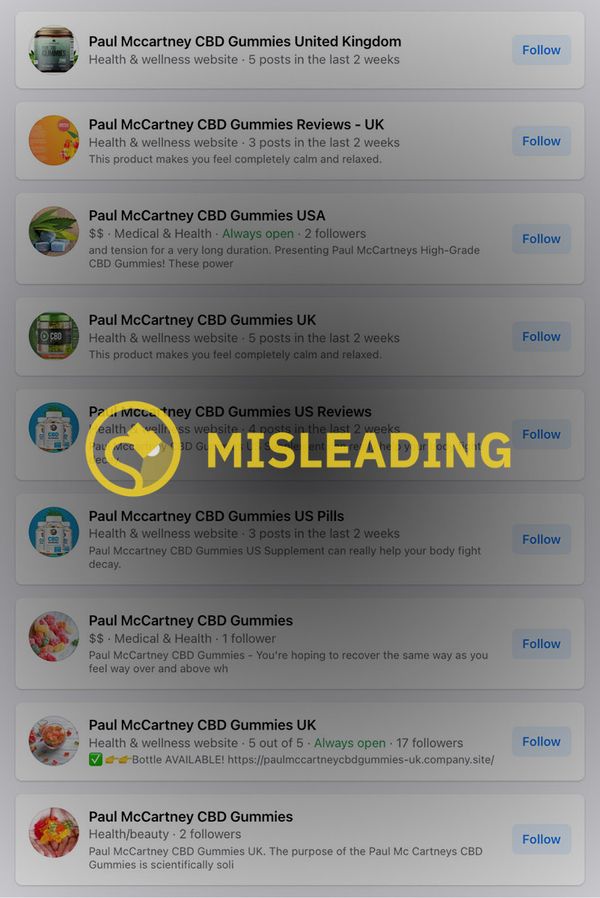 We found one clue as to where the McCartney CBD gummies scam may have been originating from on TribuneIndia.com.

A sponsored content article was purchased on the India-based news website by an unknown person or company and showed the headline, "Paul McCartney CBD Gummies [SCAM OR LEGIT] Shocking Side Effects REVIEWS?" We've seen this before with other websites also based in India, which might indicate that the fake celebrity endorsements were created by people residing in the country.

The article claimed to advertise a product that does not exist called, "Paul McCartney CBD Gummies." Links within the sponsored article led to online stores that claimed to sell CBD gummies, but made no mention of McCartney.

Note: In 2021, Yahoo News reported that McCartney once "revealed that he [was] growing hemp at his farm." However, the article mentioned nothing of a CBD gummies endorsement, which would be a completely different matter altogether.