Did Pat Robertson Say 'Nobody Is Shooting Up Churches'?

A meme claims the televangelist once remarked that Jews could avoid slaughter if they became Christians. 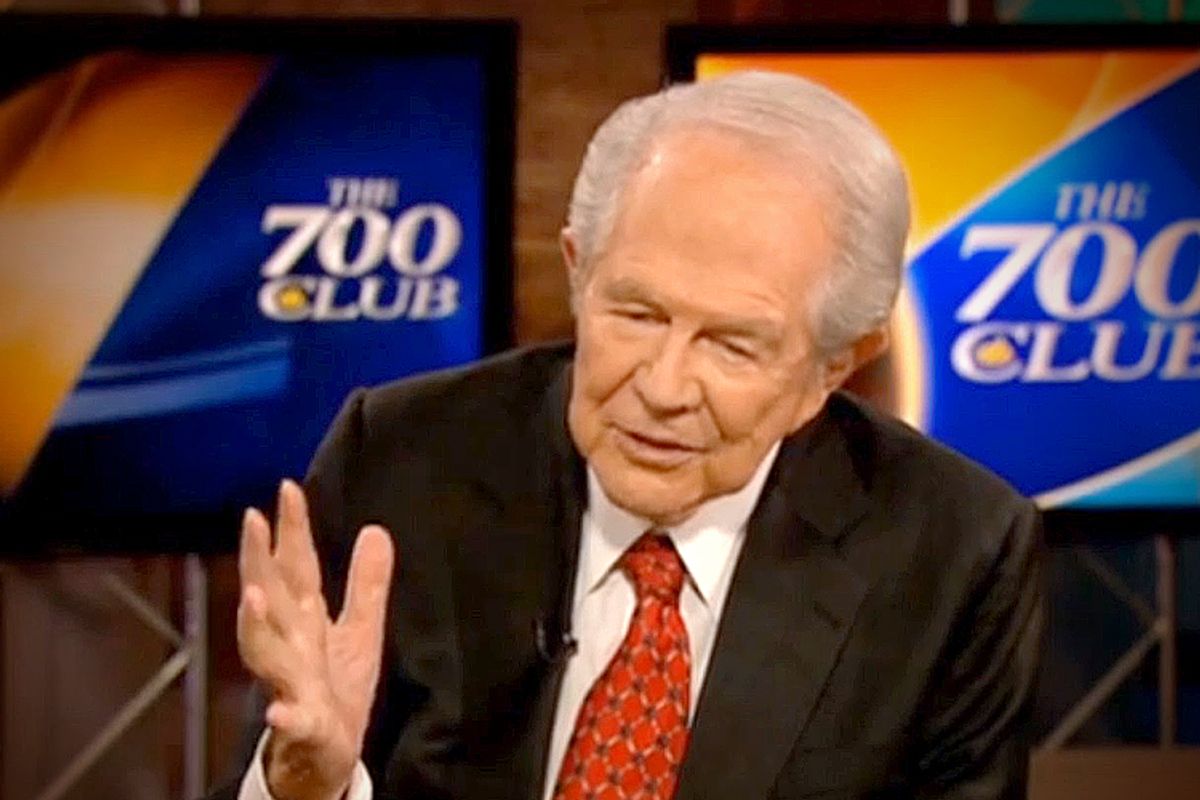 Claim:
Pat Robertson said Jews should become Christians because "nobody is shooting up churches."
Rating:

Televangelist and "700 Club" talk show host Pat Robertson has made plenty of controversial statements in his time. A meme circulated in December 2019, just after fatal shootings at a church in Texas, that posited Robertson had once declared, "If Jews don't want to be slaughtered, become Christian. Nobody is shooting up churches. Christian are protected by God": Although these words might sound like a declaration some critics believe Robertson would make, we found no evidence that he actually uttered them, either during a "700 Club" airing or in any other setting. This quote doesn't turn up in any transcripts or news articles, nor does it appear online outside of repostings of this meme — the earliest occurrence of which appears to date from November 2018:

This meme seems to be nothing more than a fabrication intended to spoof Robertson and some of the genuine controversies prompted by his outspoken opinions on politics and religion.