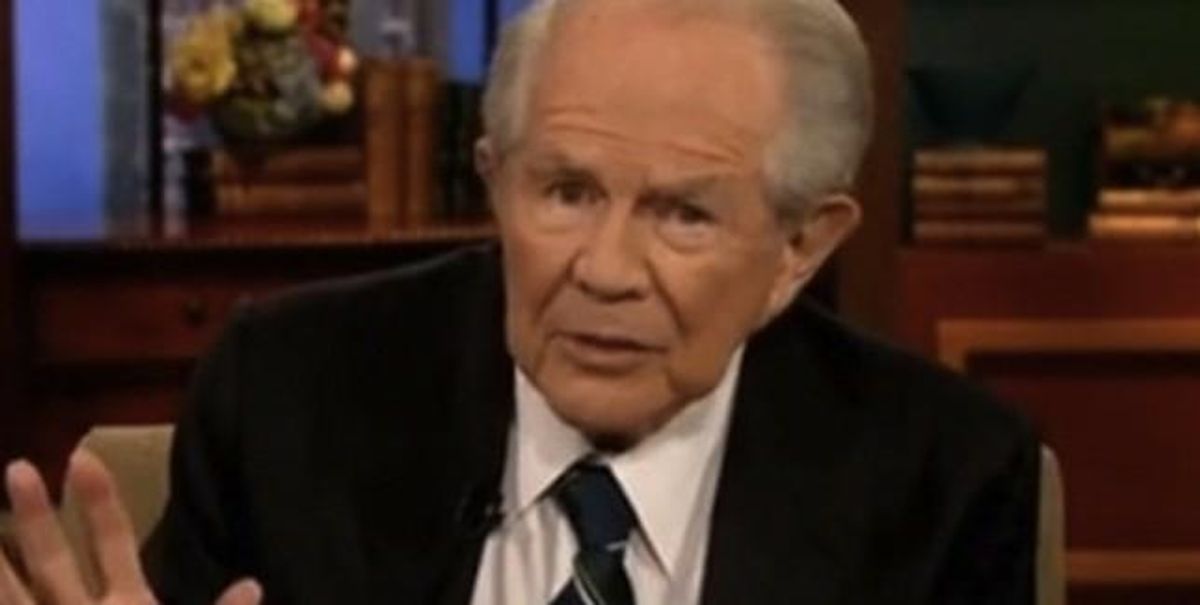 On 12 June 2016, the web site Newslo published an article reporting that Pat Robertson, the American media mogul and former Southern Baptist minister, had said that the recent mass shooting at an Orlando nightclub that left fifty people dead was God's punishment for the June 2015 Obergefell v. Hodges Supreme Court decision that guaranteed same-sex couples the right to marry:

Authorities in Florida said at a news conference Sunday morning that “as many as 20 people died” in a shooting at an Orlando nightclub. The gunman was killed. Orlando Police Chief John Mina said at least 42 people have been transported to area hospitals. Mina said officers were called to Pulse Orlando, a popular gay nightclub, at around 2 a.m. after reports of a shooting. He said officers engaged in a gun battle outside the club before the suspect went back into the building where more shots were fired. He said the gunman then took several hostages.

Pat Robertson, conservative televangelist who is no stranger to anti-gay remarks, was among the first to comment on the incident. Spotted at the scene of the event, Robertson made several interviews to reporters who were covering the story. Among other things, The 700 Club host told reporters he flew in via private jet from his home in Virginia immediately after hearing about what he referred to as “a justified terrorist attack.”

“I don’t even need to tell you what all of this means,” Robertson said, according to the Orlando Sentinel. “This is how God is punishing us for the shameful SCOTUS ruling on same-sex marriage, a catastrophic piece of legislature that I have so vigorously attempted to shoot down.

Pat Robertson said no such thing, however. Newslo is a site that mixes tiny bits of real news with heaping piles of fake news, leaving it to readers to click a "Show Facts" button to highlight which portion of a given article is actually true. In this case, only the initial paragraph (describing the Orlando shooting) of the report was real, and everything following it (relating to Pat Robertson) was false.

Nonetheless, the UK's Mirror was duped into reporting Newslo's obviously satirical piece as straight news (and have since removed it from their site):