Was a Pastor Eaten by Crocodiles While Trying to Walk on Water?

Multiple tabloids repeated an unsubstantiated claim that a pastor was eaten by crocodiles in an attempt to demonstrate how Jesus walked on water. 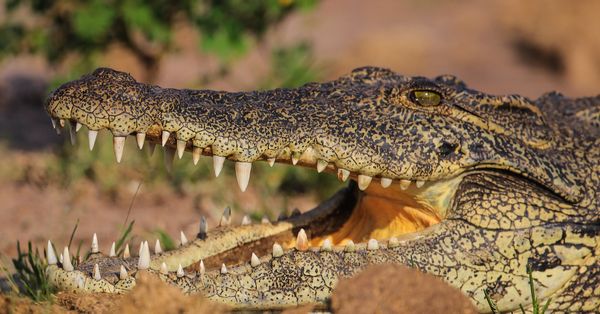 Claim:
A pastor was eaten by crocodiles in front of horrified parishioners during his attempt to walk on water.
Rating:

On 14 May 2017, multiple tabloids published claims that a pastor in Zimbabwe was eaten alive by three crocodiles while demonstrating how Jesus walked on water for his congregation:

A Zimbabwean church pastor attempting to demonstrate how Jesus walked on water by crossing a South African river on foot was reportedly eaten alive when he was attacked by three crocodiles.

Jonathan Mthethwa of the Saint of the Last Days church in the town of White River Mpumalanga brought his congregation to the area known locally as Crocodile River before attempting his biblical recreation on March 24, local media reports.

According to witnesses, the pastor entered the water and waded out approximately 30 metres before attempting to make his way to the surface. Unfortunately for the pastor, three crocodiles are said to have pounced and devoured him.

Despite the fact that there was no reason given in any article for why a pastor and presumably his congregation from Zimbabwe was in South Africa to begin with, not to mention why a pastor would choose to demonstrate walking on water in an area literally called the "Crocodile River," and the fact that the story bears a striking resemblance to a story from 2016 (all but the names are nearly identical), the story took off all over the world with no substantiating evidence.

The 2017 claim first appeared on Zimbabwe Today on 24 March, and was republished on 13 May 2017 by the Daily Post. The Post notes in its disclaimer that information shared on it is unvetted, and should therefore be read with skepticism:

DailyPost publishes news, information, gossip, rumors, conjecture, opinions, and commentary. The site includes both reported and edited content and unmoderated posts and comments containing the personal opinions of readers on a wide range of topics. You should be skeptical of any information on DailyPost, because it may be wrong.

Disclaimers notwithstanding, a Google search for "Jonathan Mthethwa" only returned republications of the tale by news outlets, without any proof that Mthethwa existed prior to the claim. Several articles appeared to have been withdrawn within hours of their appearance. The web site Skeptical Science also came up empty-handed while trying to verify basic aspects of the crocodile claim:

We have the name of the pastor, the name of his church, and even a very specific location, so if we google these, what do we find?

The first discovery is just how popular the story is, its all over the place. However, beyond this story I can’t find any reference to Pastor Jonathan Mthethwa.

OK, so what about the church named “Saint Of The Last Days”. Once again, apart from the story, no references, not one. Churches do like to promote themselves, so the complete lack of any google references is quite odd. However there are many obscure tiny independent groups that do not really get noticed, and so that is not conclusive.

Beyond tabloids, no news sources in Africa or anywhere else reported the story, which did not deter multiple outlets from republishing the claim in May 2017.