Does a Photo Show Paris Hilton in a 'Stop Being Poor' Shirt?

This meme has been circulating for years. 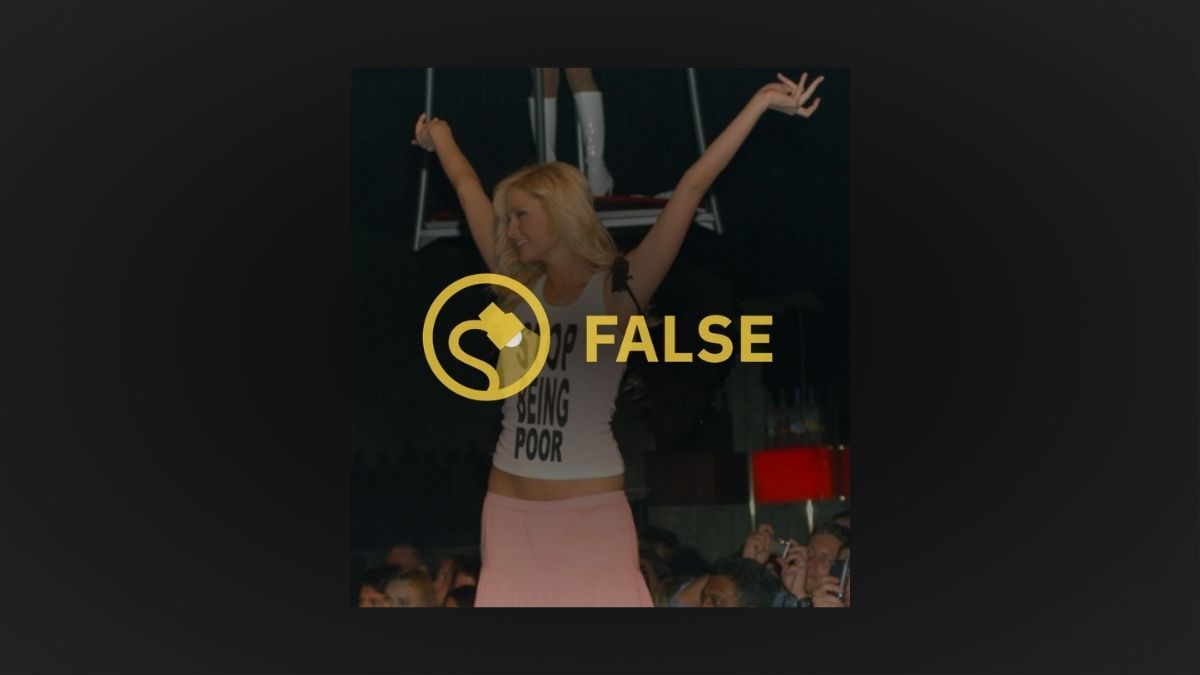 It seems the shirt that launched a thousand memes never even existed.

Paris Hilton, the hotel heiress and "it girl" of the early 2000s, is the subject of a meme that has been shared widely on the internet. In the photograph, Hilton is jubilantly holding her arms high over her head, and she appears to be wearing a white tank bearing the words "Stop being poor" in large black letters on the front.

The meme is often shared in discussions about wealth inequality and used to mock inadequate approaches to addressing poverty.

The image of a wealthy person wearing a shirt that says "Stop being poor" may be a pithy way to demonstrate one's opinions about various policy issues, however, Hilton, who is now a DJ, wants the public to know that she never wore any such shirt.

In a viral TikTok video posted in May 2021, Hilton debunked the meme herself. "Don't believe everything you read," she said, adding, "I never wore that shirt." She then showed an image of the real message that was on her shirt: "Stop being desperate."

Another photograph confirming the shirt's real message can be found in the Getty Images archive. According to Getty Images, Paris Hilton was photographed wearing the "Stop being desperate" shirt in 2005 in Las Vegas, Nevada, when she was promoting her sister Nicky Hilton's clothing line, Chick.