For almost $300, you can ruin anyone's picture. 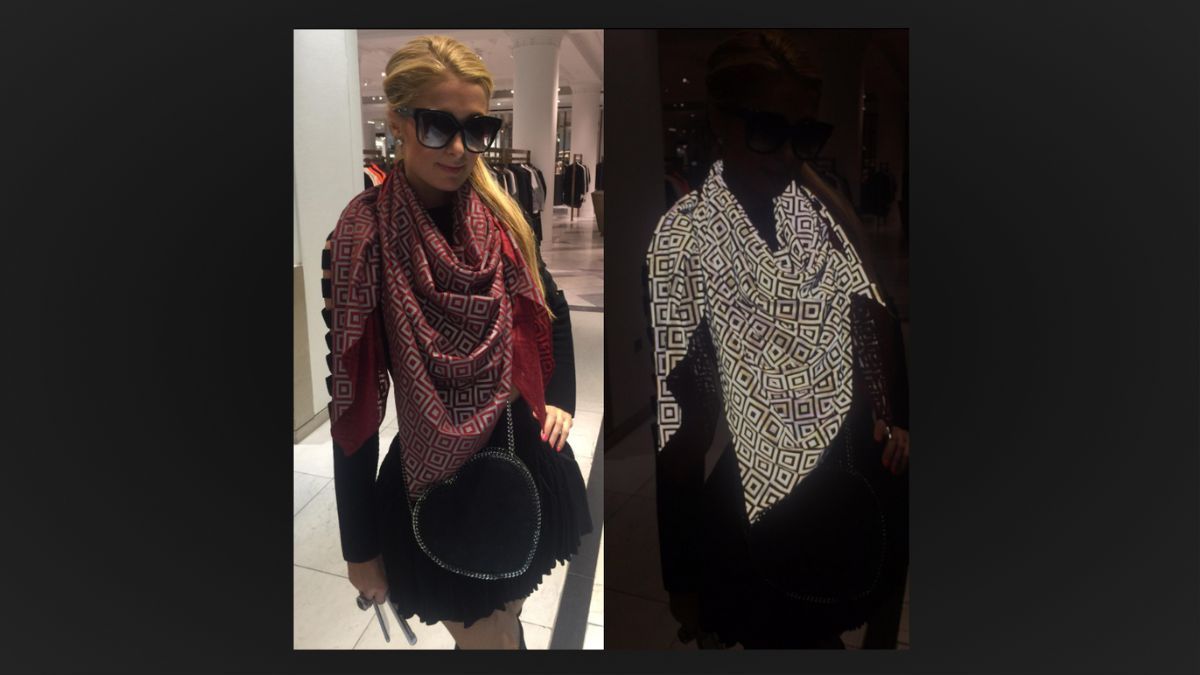 In December 2022, pictures of Paris Hilton wrapped in a red-patterned scarf were posted online, along with commentary that the hotel chain heiress and famed socialite was wearing an "anti-paparazzi" scarf.

It appears that Hilton was indeed wearing an article of clothing touted as being designed with anti-flash (as in camera flash) technology, but as of this writing, the photograph is more than 7 years old.

The first instances in which we saw the photograph of Hilton in the red scarf was in June 2016. An article published by the business publication Insider reported in 2016 that the scarf is made of a material that reflects light. Designed by Saif Siddiqui, who runs the brand ISHU, the scarf is indeed intended to provide privacy.

On the brand's website, the scarves, which sell for $276 and come in black and red patterns, are advertised as being uniquely able to black out unwanted photographs and videos.

Technology news site TechCrunch in 2016 published an explainer on how such clothing works — it basically tricks the camera into thinking that the scene being photographed is brighter than it really is, causing the device to reduce the amount of light emitted by the camera flash. The result? Likely a ruined picture, with an overly bright scarf and everything else in the dark.

Oswald, Anjelica. "This Paparazzi-Proof Scarf Is the Closest Thing to an Invisibility Cloak." Insider, 29 June 2016, https://www.insider.com/purchase-this-anti-flash-scarf-2016-6.