Is Paracetamol Contaminated with the Deadly 'Machupo' Virus?

Hoax warnings claimed that paracetamol (or acetaminophen) is contaminated with a dangerous virus, and its use should therefore be avoided. 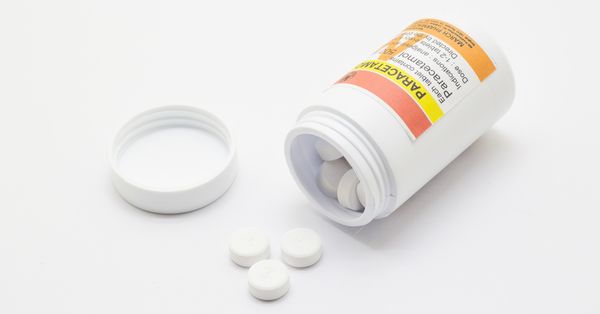 Claim:
Over-the-counter painkiller paracetamol is contaminated with the Machupo virus and should be avoided.
Rating:

In early 2017, social media warnings about paracetamol purportedly contaminated with the Machupo virus began circulating.  (Use of the term "paracetamol" is a sign the claim originated outside the United States, as in the U.S. the drug is more commonly known as "acetaminophen.")

Be careful not to take the paracetamol that comes written P / 500. It is a new, very white and shiny paracetamol, doctors prove to contain "Machupo" virus, considered one of the most dangerous viruses in the world with high mortality rate

Stay away from this paracetamol below. Quickly pass this information to save life pic.twitter.com/jmlaF1onr4

Machupo (also known as "Bolivian hemorrhagic virus" or "black typhus") is endemic in north and east Bolivia, and is generally spread through air or food. According to the warnings, new "very white and shiny" P/500 paracetamol has become contaminated with the pathogen, posing a severe risk of infection. These warnings typically appear alone, with no news reports or public health agency releases corroborating their claims.

There is no truth to the warning, and public health officials have released statements confirming that the rumors were just that, and not credible. Indonesia's Food and Drug Administration counterpart advised that the claim is a hoax:

[Prior to the spread of social media rumors, the agency] never received credible reports that support the claim that the Machupo virus has been found in Paracetamol drug product or other drug products.

Machupo virus itself is known is a type of virus that spread can occur through air, food, or direct contact. Machupo virus can be sourced from the saliva, urine, or feces of infected rodents and become a carrier ( reservoir ) of the virus.

“The Machupo virus is categorised in the Arenavirus group which could cause haemorrhagic fever. At the moment, the virus can only be found in South America.

“It is spread through the urine or faeces of infected rodents,” he said in a statement today.

Noor Hisham said the ministry had not received any reports regarding paracetamol contamination from authorities in manufacturing countries or any other country so far.

We were unable to locate any credible reports of paracetamol (or acetaminophen) contaminated by Machupo virus or any other.