A Facebook post claims Pantene shampoo and conditioner caused highlight foils to heat up and melt due to a unique waxy buildup. 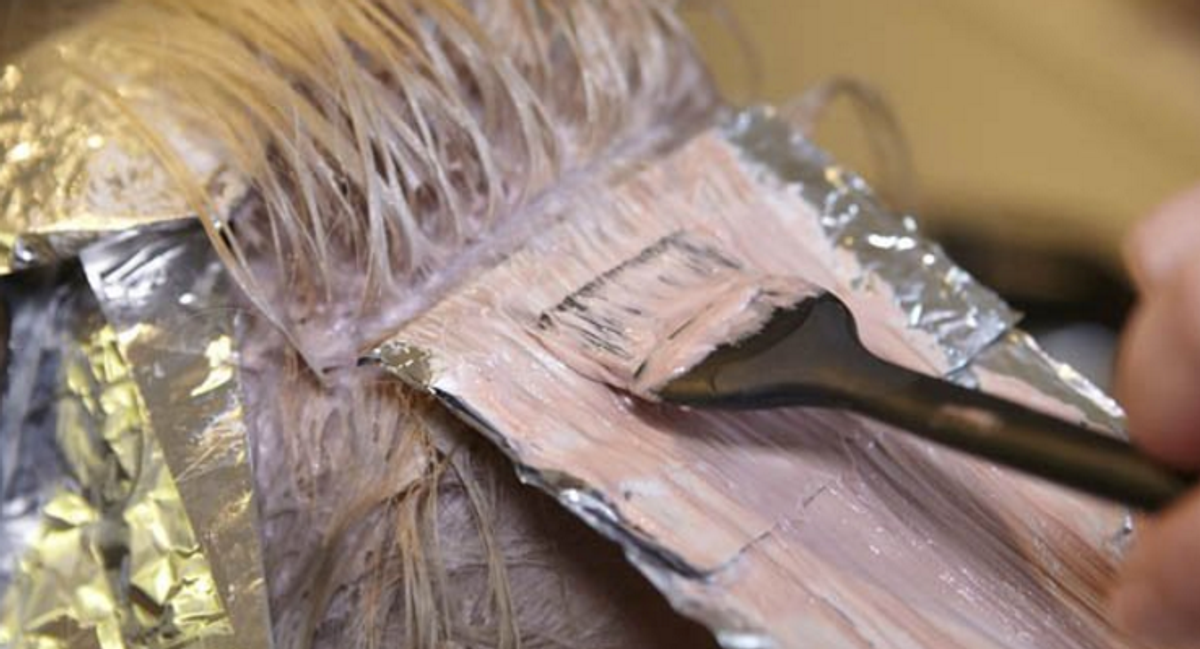 Claim:
Pantene shampoo and conditioner leave a build-up on hair that causes it to heat up and "smoke" when combined with highlight foils.
Rating:

On 22 March 2016 a Facebook user published the above-reproduced status update, claiming that Pantene hair products caused a potentially dangerous reaction on the hair of a client who was getting foil highlights.

According to the poster, a hair salon client complained that the foils in her hair (under which bleach had been applied) felt hot. The colorist maintained that upon examining the situation, he was shocked to discover that the foils were indeed hot to the touch and that when he opened them "smoke [came] billowing out" of the sealed foil.

The stylist stated that after he asked all the typical question about product interactions, his client admitted that she used Pantene shampoo and conditioner on her hair. Oddly enough, the colorist then recalled two separate instances in which clients experienced adverse reactions to unspecified services, both of which shared a culprit: Pantene hair products.

We contacted a colorist with two decades of experience in hair color about this claim, and she reported she had not encountered of such reaction with Pantene products during her years of experience doing highlight foils despite Pantene products' popularity her clients. Several other salon representatives with whom we spoke from a number of high-volume New York City salons stated they'd never seen nor heard of such a thing occurring either. A large number of clients across the U.S. likely use Pantene products daily and and highligh their hair, but social media are not awash in foil fire stories from harried hair salon-goers.

We also contacted Pantene to ask about the claim. A customer care representative with whom we spoke said that Pantene's products were safe to use in combination with any typical salon service and reported she was unable to locate any reports of "smoking" foils despite the enduring popularity of hair highlighting. The representative stated that all Pantene products were thoroughly tested for reactions such ads the one described in the Facebook post, and none of that their testing had suggested any likelihood of a such an outcome. The representative did state that had the described incident occurred, it was possible something else used in the salon could have contributed to the reaction.

The original poster referenced "plastic and silicones" as a culprit in the purported incident. Pantene lists all their product ingredients on their web site, and nothing in the ingredients list of one of their shampoos (Pantene Daily Moisture Renewal) was atypical or unusual:

In fact, the drugstore product had many ingredients in common with the pricier, salon-favorite Bumble and Bumble Seaweed Shampoos:

Of particular note is the fact that both products (one sold in salons, the other in Walmart stores) contain the popular silicon-based polymer Dimethicone. The ingredient similarities extend to conditioners, as Pantene Daily Moisture Renewal version bears the following list of components:

Compared with Bumble and Bumble's Super Rich Conditioner, the formulations have many common ingredients:

Of additional interest was the fact that the poster claimed Pantene contains "plastic(s)" among its ingredients. A chemophobic 2009 Salon item fingered one purportedly common "plastic" in shampoo as PEG-7M, but that substance is actually a common emulsifier present in the salon (not drug store) product referenced above. Sold on its own, the product is labeled as an "all-purpose oil-in-water emulsifier."

As it turns out, the "plastic in Pantene" rumor wasn't a new one in 2016. A 2008 post on the beauty science blog Beauty Brains examined then-swirling rumors around panthenol (a moisturizer and humectant) and panthenyl (used for moisturizing properties). In April 2008, the cosmetic chemists behind that blog fielded a similar question about plastic in Pantene products:

well im doing a science fair project on this and pantene and this site is very helpful and im just saying never attempt using pantene cause this is what will happen Supposedly it coats your hair with plastic or wax to make your hair seem silky and smooth. It also makes your scalp itchy and it makes your hair fall out. If you know anything about reading ingredients. You know that the first 5-10 are the main ingredients and have the most impact on your hair. Well, panthenol and panthenyl are in the first 5-10. Which both of these ingredients are pure wax. That’s why if you use Pantene when u touch your hair your not really touching your hair. Your touching the half to in inch of waxy coating you have developed on you’re hair.well just saying hopefully this is helpful info and im 100% sure its correct cause i asked professionals and im only 13

The blog responded by suggesting that the plastic claim was started by stylists seeking to discourage clients from using less-expensive drugstore products. The blog also urged readers to obtain information about product formulations from additional sources, not just people trying to sell them things:

Thanks for checking in with the Beauty Brains about your science project. Lefty and Righty have answered questions about Pantene before and they say that the idea that it coats your hair with plastic is a myth started by stylists to keep you from buying salon products. (BTW, Pantene contains silicone, not plastic.)

And the notion that when you touch your hair you're really feeling Pantene is bogus. I don't know as much about formulation chemistry as Lefty but even I know that there's NO WAY you’re leaving half inch to an inch of product on your hair. That would be a TON of gunk left behind! No conditioner leaves that much stuff on your hair ... if you really want to be "100% sure" you shouldn't only talk to professional stylists. And you shouldn't "only" listen to the Beauty Brains either. Do your own research on the web, read Paula Begoun's Cosmetic Cop website, contact Pantene and ask them what they say about their products, check with the Society of Cosmetic Chemists. But whatever you do, open your mind and THINK for yourself. It's hard to be 100% sure of anything.

(Note that the Facebook post quoted at the head of this article concluded by stating "There is a difference between cheap and salon quality. Do not let anyone lie to you and try to say anything more ..."

The original question fielded by Beauty Brains in July 2006 involved a reader who asked whether it was true Pantene "coats your hair with plastic or wax to make it seem smooth, soft, and shiny, instead of really moisturizing your hair." Their response explained how that myth got started and why it was easy to debunk:

The truth is, Pantene's shampoo and conditioner formulas are believed to be among the best in the industry by those of us in the cosmetic science side of the business. It makes sense if you think about it. P&G, makers of Pantene, have a HUGE research budget. Certainly larger than any salon company. That means they can afford to dedicate resources to developing and testing the best formulas possible. We've seen Pantene formulas beat the pants of salon products in blind consumer testing. (The products are hidden or blinded, not the consumers)

So why do stylists say that Pantene coats the hair with plastic, or make it fall out? Because that's what they're told by the sales representatives for the salon companies. And the truth is, it's just not true! Compare the ingredient lists for Pantene conditioner and any salon brand you can find.

Even though the names vary you'll see three basic types of ingredients: fatty alcohols (like cetyl and stearyl alcohol); conditioning ingredients (like stearamidopropylamine and quaternium-18) and silicones (like dimethicone and cyclomethicone.) There's nary a plastic to be found in Pantene. And no, it doesn't make your hair fall out either.

In the near-decade between the first appearance of the "plastic in Pantene" claim and the highlight foil horror story, none of the likely millions of salon customers opting for highlights apparently reported such a reaction attributed to Pantene in the online world. Ingredients in Pantene are not only identical to most other drugstore formulations but are also were highly similar to salon-brand products. The dimethicone used in Pantene is also present in many other high-priced hair formulations, none of which stand accused of being "plastic" or causing hair fires.