Did a Panda Fake Pregnancy to Get Special Treatment?

Pandas that staff believe to be expecting are given a single, air-conditioned room, as well as more buns, fruit, and bamboo than non-pregnant pandas. 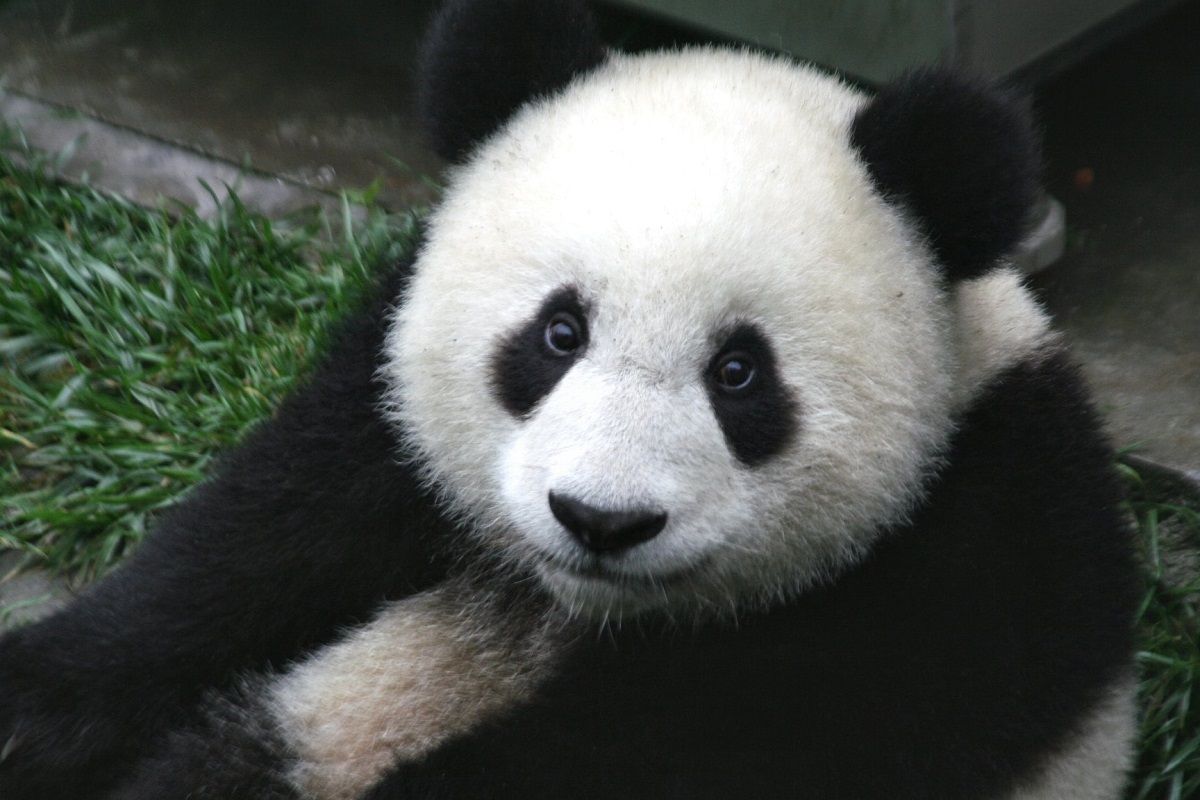 Claim:
A captive panda deliberately faked symptoms of pregnancy in order to obtain special treatment from her keepers.
Rating:

People are generally fascinated by examples of other animals engaging in human-like behavior -- all the more so when that behavior involves animals seemingly outsmarting human beings. A case in point is a claim, reflected in the following meme, that a zoo-kept female panda deliberately mimicked the symptoms of pregnancy because she observed that other pregnant pandas in the zoo received special treatment:

This claim originated with a 2014 report from the Chinese state-run press agency Xinhua, detailing how a planned live broadcast of the birth of panda cubs at the Chengdu Giant Panda Breeding Research Center had been canceled when it was discovered that the expectant mother-to-be was not actually pregnant. A quote from a panda expert cited in the report suggested that some "clever pandas" who experienced phantom pregnancies would deliberately continue to exhibit pregnancy symptoms afterwards in order to fool their keepers into providing them with special treatment:

A celebrated giant panda was removed from a widely-anticipated live birth after it was discovered she was not actually pregnant.

The panda Ai Hin, 6, was scheduled to star in the world's first live broadcast of the birth of panda cubs, but the Chengdu Giant Panda Breeding Research Center told Xinhua that the panda had a "phantom pregnancy."

Phantom pregnancy is common among the endangered bears. Non-pregnant pandas can exhibit prenatal behaviors as a result of progestational hormone changes. But experts said sometimes the pandas, noticing the difference in treatment after exhibiting initial signs of pregnancy, may carry on with the pregnant behavior.

"After showing prenatal signs, the 'mothers-to-be' are moved into single rooms with air conditioning and around-the-clock care. They also receive more buns, fruits and bamboo, so some clever pandas have used this to their advantage to improve their quality of life," said Wu Kongju, an expert at the Chengdu Base.

But another panda expert quickly walked that claim back, asserting that the behavior was due to hormonal changes rather than purposeful trickery and had been observed in both captive and wild pandas:

Claims that a six-year-old panda faked signs of pregnancy to receive better treatment from her conservation centre carers have been debunked by one of China's leading panda experts.

State newswire Xinhua reported that Ai Hin may have deliberately demonstrated signs of pregnancy, including "reduced appetite, less mobility and a surge in progestational hormone".

Pandas that staff believe to be expecting are given a single, air-conditioned room, as well as more buns, fruit and bamboo than non-pregnant pandas. "So some clever pandas have used this to their advantage to improve their quality of life," Wu Kongju, an expert at the Chengdu research base of giant panda breeding, told Xinhua.

But Zhang Heming, director of the China research and conservation centre for the giant panda told the Guardian that Ai Hin's behaviour was probably more of a hormonal issue than a deliberate ruse. "This phenomenon occurs in 10 to 20% of pandas," he said. "After the mother panda is inseminated, if her health isn't so good, the pregnancy will terminate, but she'll still behave as if she's pregnant."

He continued: "This phenomenon also happens to wild pandas, if they don't have enough bamboo to eat."

The meme displayed above erroneously attributed this claim to a panda kept at the Smithsonian’s National Zoo rather than at a facility in China. However, the former did report a case of panda pseudopregnancy in 2019:

Reproductive scientists, veterinarians and animal keepers at the Smithsonian’s National Zoo and Conservation Biology Institute have determined that giant panda Mei Xiang will not give birth this year. She has been experiencing a pseudopregnancy over the past several months.

Giant pandas’ behavior and hormones mimic a pregnancy even if they are experiencing a pseudopregnancy. Reproductive scientists had been tracking Mei Xiang’s hormones since she was artificially inseminated March 28. Her levels of urinary progesterone began to rise in July indicating that she would give birth to a cub or experience the final stages of a pregnancy within 6 to 8 weeks. Her hormone levels are at baseline levels and her behavior is slowly returning to normal. Veterinarians have also not detected a developing fetus on any ultrasounds.

The panda team has tracked Mei Xiang’s behavior closely during the past several weeks. Specially-trained volunteers with Friends of the National Zoo started monitoring her from 7 a.m. to 1 a.m. via the panda cams in late August, watching for specific behaviors associated with pregnancy and pseudopregnancy. She started showing behavioral changes Aug. 7, including sensitivity to noise, which prompted the panda team to close the panda house. Veterinarians conducted ultrasounds twice each week to track changes in Mei Xiang’s uterus and to try to detect a developing fetus.

Giant panda pregnancies and pseudopregnancies can last between three and six months. Mei Xiang’s denning behaviors will decrease, and keepers expect her to return to her normal routine within a few weeks.