Does a Photograph Show a Panda Hugging a Policeman in Japan?

A touching photograph has nothing to do with Japan, an earthquake, or a policeman. 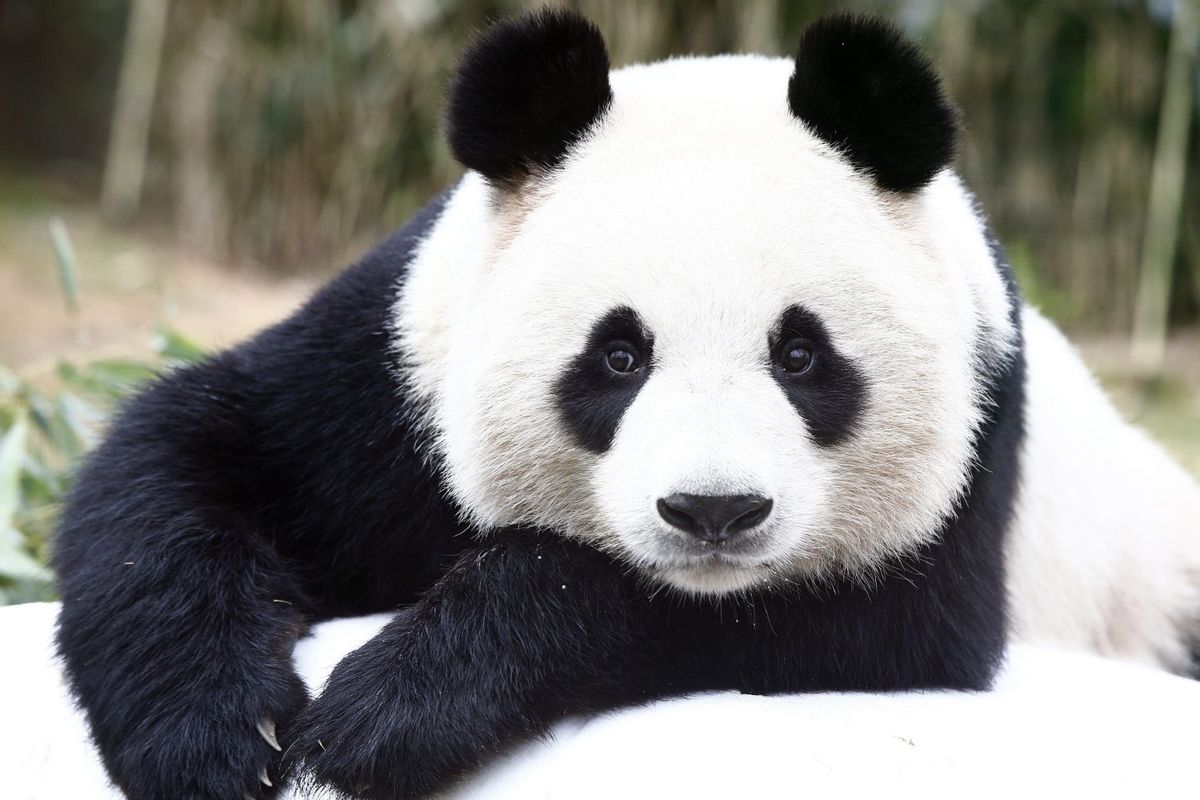 Claim:
A photograph shows a panda in Japan hugging a policeman's leg after an earthquake.
Rating:

This picture is being circulated as a panda in Japan hugging a policeman's leg after the earthquake. This touching photograph of a panda is real, but text describing it as a picture of a frightened panda hugging a policeman's leg in Japan after a devastating earthquake hit that country in March 2011 is an anthropomorphization far beyond the call of duty. The image actually originated several years earlier, and it has nothing to do with Japan, an earthquake, or a policeman.

This photograph was published on 2006 in the English-language version of the Chinese news source People's Daily Online as part of an article describing a giant panda couple to be sent as a goodwill gift to Taiwan. The accompanying caption describes the picture thusly:

A giant panda holds a feeder's legs at the Chinese Giant Panda Protection Center in Wolong, southwest China's Sichuan Province, 2006. China's State Forestry Administration said on that the mainland would unveil a giant panda couple for Taiwan on The Chinese mainland would present the selected pair of giant pandas to Taiwanese compatriots as a symbol of peace, unity and friendship.