Was Pan Am Clipper Taken by Japan at Truk Lagoon Before WWII?

Snopes spoke with an aviation history expert to get to the heart of conspiracy theories. 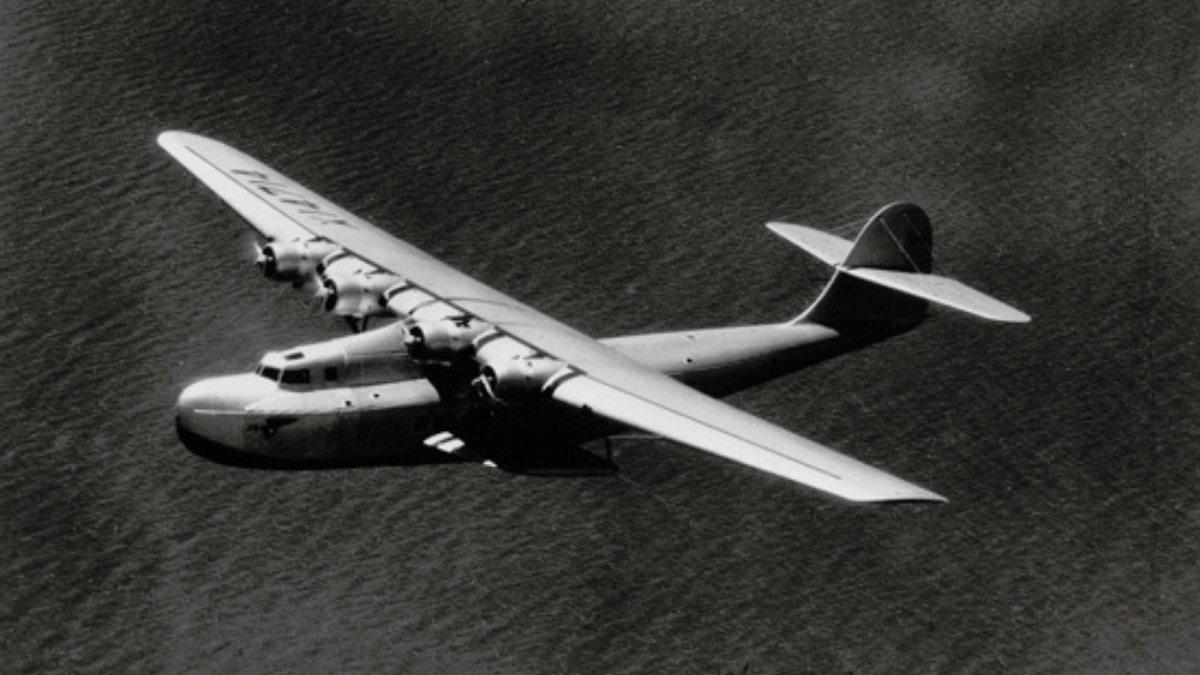 Claim:
Prior to WWII, the Japanese military arrested and executed crew members and passengers traveling from San Francisco, California, in a Pan Am Clipper aircraft that landed to refuel in Truk Lagoon, or modern-day Micronesia.
Rating:

In the years leading to WWII, as tensions built across the globe, the legacy of the Pan Am Clipper brigade had captured the hearts of aviation enthusiasts worldwide. These novel aircrafts changed American aviation and prompted trans-oceanic voyages. But their existence — and subsequent disappearances — have mystified historians for decades.

Once such mystery is the disappearance of the Hawaii Clipper, a passenger plane that vanished in 1938 during a transpacific voyage from San Francisco, California, to Manila, Philippines. Seven decades later, Snopes readers sent our team the following text, which some said they received in a chain email:

POSTSCRIPT: Prior to WWII, the Japanese Military became very interested in the new Pratt & Whitney radial engines that powered the PanAm Clipper. On a flight from San Francisco to China, a Clipper landed on Truk Lagoon to be refueled by Japanese authorities. Later, the Clipper was assumed lost over the Pacific. Years later, it was revealed that the crew and passengers were arrested and executed, the engines were retrieved and sent to Japan and the Clipper was sunk in deep water off Truck [sic] Lagoon.”

The above copy originally appeared in an Aug. 5, 2020, 3DB blog post written by Robert Novell, a former commercial pilot and aviation enthusiast.

Snopes spoke with Russ Matthews, president of the nonprofit aviation and maritime history organization, Air/Sea Heritage Foundation, who said that the claim above almost certainly is a reference to the Hawaii Clipper, a Martin M-130 that disappeared on the Guam-Manila leg of a transpacific crossing in July 1938. Matthews added that there are many conspiracy theories about the disappearance, but virtually no evidence to back them up.

“The P&W R-1830 engine had been in production for over five years [at this point],” said Matthews. “If the Japanese wanted to study an example, they could have — and most likely did — simply buy one.”

Indeed, a simple Google search confirmed that the Japanese purchased at least 21 samples of the Douglas Company’s DC-3 aircraft, which were powered by P&W R-1830 engines. First deliveries were made in December 1937, seven months before the Hawaii Clipper went missing. In February 1938, the Japanese manufacturer Mitsui purchased the production rights and technical data for DC-3, according to The DC-3/Dakota Historical Society, and ultimately built its own version of the DC-3 nicknamed the L2D2 “Tabby.”

If Japan had access to both examples of the aircraft and the plans to build it, Matthews argues that it seems implausible the nation would have risked war with the U.S. more than three years before the attack on Pearl Harbor. The Clipper fleet was nicknamed "flying boats" for their ability to land on and take off from the water. The Pan Am Historical Foundation

The Delta Flight Museum notes that Pan American World Airways, what would become known as Pan Am, was at the forefront of international aviation in the 1920s, and by the 1950s, offered” around the world” service. The Martin M-130 Clipper fleet, touted as “flying boats” for their ability to land and take off from the water, were built for the 3,500-mile journey of transpacific travel to establish new possibilities for commercial aviation and communication by mail.

The Hawaii Clipper departed San Francisco Bay to Manila, requiring 60 hours over six days, with refueling stops in Pearl Harbor, Midway Atoll, Wake Island, and Guam. But after a departure from Guam on July 28, 1938, just before noon local time, it mysteriously disappeared. At the time of its last contact, the aircraft reported flying through layers of clouds and moderately rough air more than 500 miles from the Philippine coast, reported The Associated Press at the time.

Pan Am's route hopscotched from San Francisco to China by way of islands belonging to the United States. Back then it took a week to fly that far. Today it takes about 10 hours. Smithsonian National Air and Space Museum

“The plane's Flight Radio Officer, William McCarty tapped out a message: ‘Standby one minute, having trouble with rain static,’” wrote The Pan Am Historical Foundation. “One minute later, when queried by the airline's radio operator on the ground, there was no answer from the clipper. There never would be. The plane had vanished.”

The Hawaii Clipper wasn’t the first — or the last — that would be lost. Six months prior, the Samoan Clipper disappeared after losing radio contact off the coast of modern-day American Samoa. In the years that followed, the crash of the Philippine Clipper resulted in the death of 19 people in 1943. Two years later, the China Clipper crashed, killing all 23 on board.