A fake news web site posing as ABC News reported that the former Baywatch star passed away at 50, but it's just another celebrity death hoax. 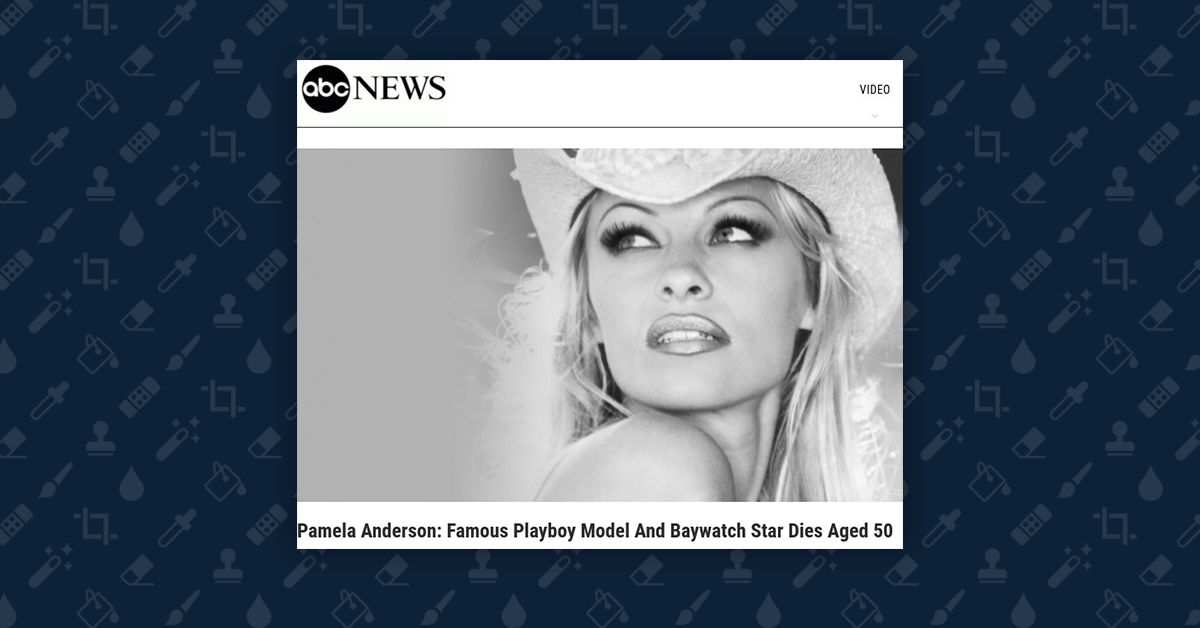 On 15 March 2018, a hoax story appearing to report that former Baywatch star Pamela Anderson had just died was published on the web site ABCNews-us.com (no affiliation with the genuine ABC News): At 8:00 am on March 12, the Los Angeles Fire Department responded to “a medical request” at the Los Angeles home of Anderson. She had apparently collapsed in a bathroom. Firefighters attended to Anderson on the scene before transporting her to Cedars-Sinai Medical Center, where she was admitted with complications attributed to Hepatitis C. According to Chief Coroner Jonathan Lucas M.D., during the course of her treatment Anderson developed pneumonia and died at 10:04 this morning after going into cardiac arrest.

This is not a genuine news story, nor was it published on the genuine ABC News web site. Instead, it appeared on ABCNews-us.com, a mockup that was clearly chosen to fool readers into believing that they were visiting a genuine news web site. It also employed a graphic that closely resembled the real ABC News logo in another attempt to lend some unearned credibility to their dubious article. (The real ABC News resides at ABCnews.go.com.)

The actress has not yet commented on this specific death hoax, but her social media profiles have been active in the days following this story's publication.