Did ABC, CBS, and NBC Black Out Pam Bondi's Legal Defense of Trump?

Although the claim that the media "blacked out" coverage of a given topic is common, it can often be misleading. 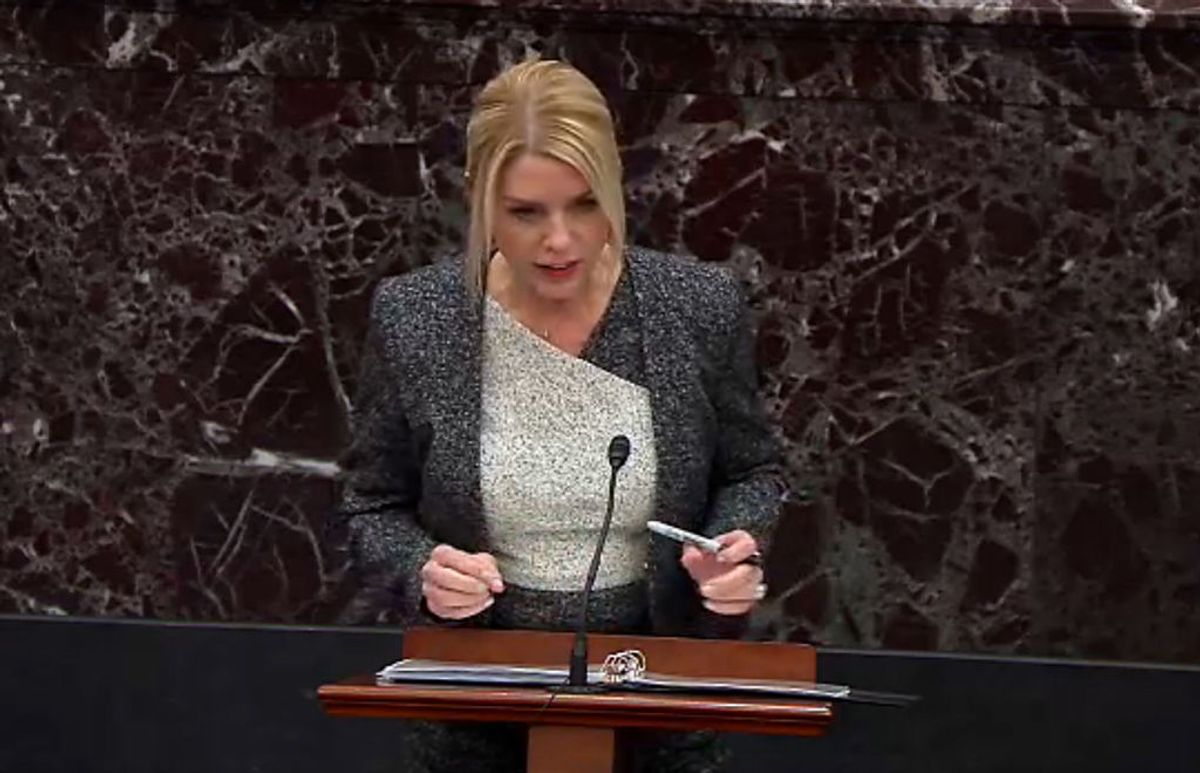 On Jan. 27, 2020, conservative political commentator Paul Sperry posted an inaccurate tweet in which he claimed the Big Three broadcast networks of ABC, CBS, and NBC all "blacked out" coverage of former Florida Attorney General Pam Bondi's defense of U.S. President Donald Trump in his ongoing impeachment trial in the U.S. Senate. Bondi is now part of Trump's legal defense team.

Sperry's statement is demonstrably false. All three networks covered Bondi's speech, which was given on Jan. 27, 2020, and covered what she posited to be the wrongdoings of Ukrainian energy firm Burisma and former Vice President Joe Biden's son, Hunter, who served as a board member of the firm from 2014 to 2019.

Although neither Biden has been accused of criminal wrongdoing, the younger Biden's role on the board of Burisma has remained a talking point for defenders of Trump, who is accused of attempting to extort the Ukrainian president by withholding crucial military aid in exchange for damaging information on the Bidens.

Trump was impeached by the U.S. House of Representatives on two articles of impeachment: abuse of power and obstruction of Congress.