Be wary of everyone on the internet, even the lovable Paddington, on April Fools'. 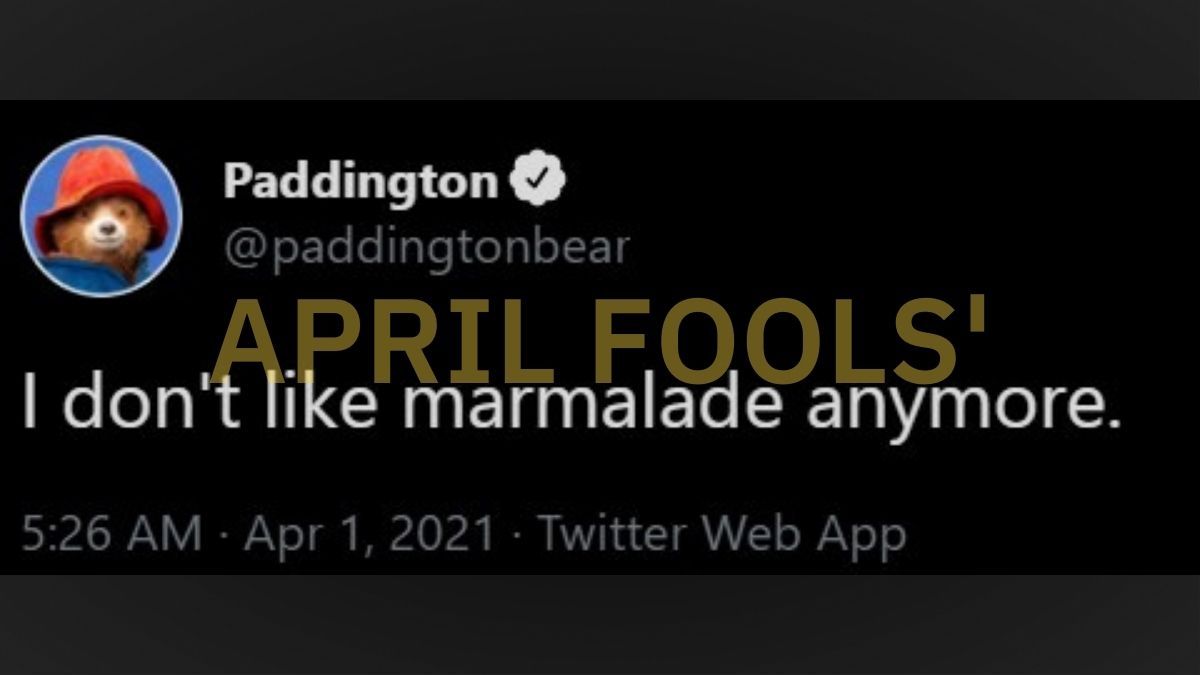 Claim:
Paddington Bear no longer loves marmalade.
April Fools' Day 2022 is upon us, and Snopes is here to separate the truth from the hoaxes. Send us questions, read our fact checks, and be sure to support the fact-checkers!

On April 1, 2021, the Twitter account for Paddington Bear, a lovable children's book character, movie star, and quite possibly the world's most famous marmalade connoisseur, posted a shocking message: "I don't like marmalade anymore."

This is a real tweet from the Paddington Bear account, but we're guessing that this cheeky bear is pulling our collective legs. We simply refuse to believe that someone who puts so much love into their marmalade sandwiches could ever renounce the famous fruit preserve.

As is customary, Paddington has not yet announced "April Fools!" We'll update this article when they do.