Did Outback Steakhouse Kick Out a Policeman Because it is a ‘Gun Free Zone’?

An incident that generated outrage on social media does not reflect company policy, according to the restaurant chain. 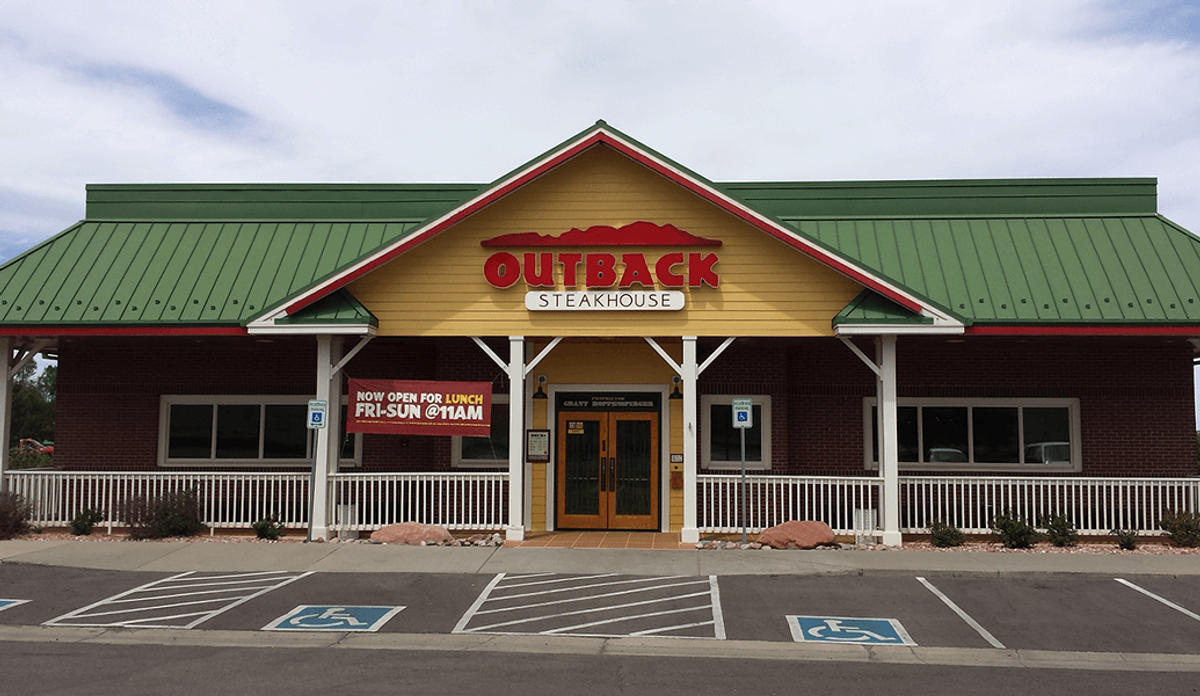 Claim:
Outback Steakhouse is a "gun free zone" and a police officer was ejected for carrying his service weapon.
Rating:

A Tennessee Wildlife Resources Agency officer was asked to leave an Outback Steakhouse because an individual customer at another table became panicked due to the presence of his gun.

The customer asked to leave was a wildlife officer, rather than a state trooper or local police officer; an individual commenting on behalf of Outback Steakhouse described the interaction as a "mistake" and denied Outback Steakhouse was a "gun free zone."

In early February 2018, the Facebook page of Outback Steakhouse was awash in angry posts from consumers pledging never again to dine at the chain because it purportedly had a no-gun policy and had kicked out a "uniformed police officer" with a gun in Tennessee: The backlash stemmed from a 2 February 2018 Facebook post published to the shared account Andrew-Amanda Ward, which in part characterized all Outback Steakhouse locations as "gun free zones." The post went on to describe the incident in which a customer became frightened by the presence of a firearm:

Well we had a first tonight.... while I was at work tonight (in uniform) I stopped by Outback Steakhouse to eat supper with my wife. I was approached by the manager and asked if I would put my gun in my truck. I let her know that I couldn’t because I was in uniform. She then went and made a call and came back and we were asked to leave because Outback is a gun free zone.

Note: I don’t blame the manager... but this is ridiculous and we will never go back there ever again.

What is this country coming to? A uniformed Law Enforcement Officer who is sworn to protect and serve the public, is refused service because they have a firearm! I am disgusted and have no other words!!!

Outback has contacted us and has apologized for the incident. There was another customer that was “scared for her life” who was seated across from us. This customer also stated that she was afraid because “police are shooting people” and this customer went on to demand to be escorted to her vehicle out of fear of being shot. Again I don’t blame the manager in this situation.

Folks we need to turn our attention to people like this who try and push their agenda on all those around them. When an entire restaurant full of other happy people were completely fine with my presence. As a country we need to stand up for each other as so many who have shared this post have done. I am truly humbled by the support we received.

Later on 2 February 2018 the same account shared an update saying that Outback had sent a $100 gift card to the person who was kicked out. The post reiterated that the group of officers had not threatened anyone.

Chattanooga's WRCBtv identified the individual as a Tennessee Wildlife Resources Agency officer (not a state trooper or local police officer, as stated or implied in other articles and on social media; they are both law enforcement, but work in different departments) and included a statement from Outback Steakhouse:

We’ve always allowed uniformed law enforcement officers to carry their sidearms while dining with us. A manager made a mistake. We have contacted the guest personally and apologized.

We contacted Outback’s parent company, Bloomin' Brands, for clarification but had not received a response by press time.