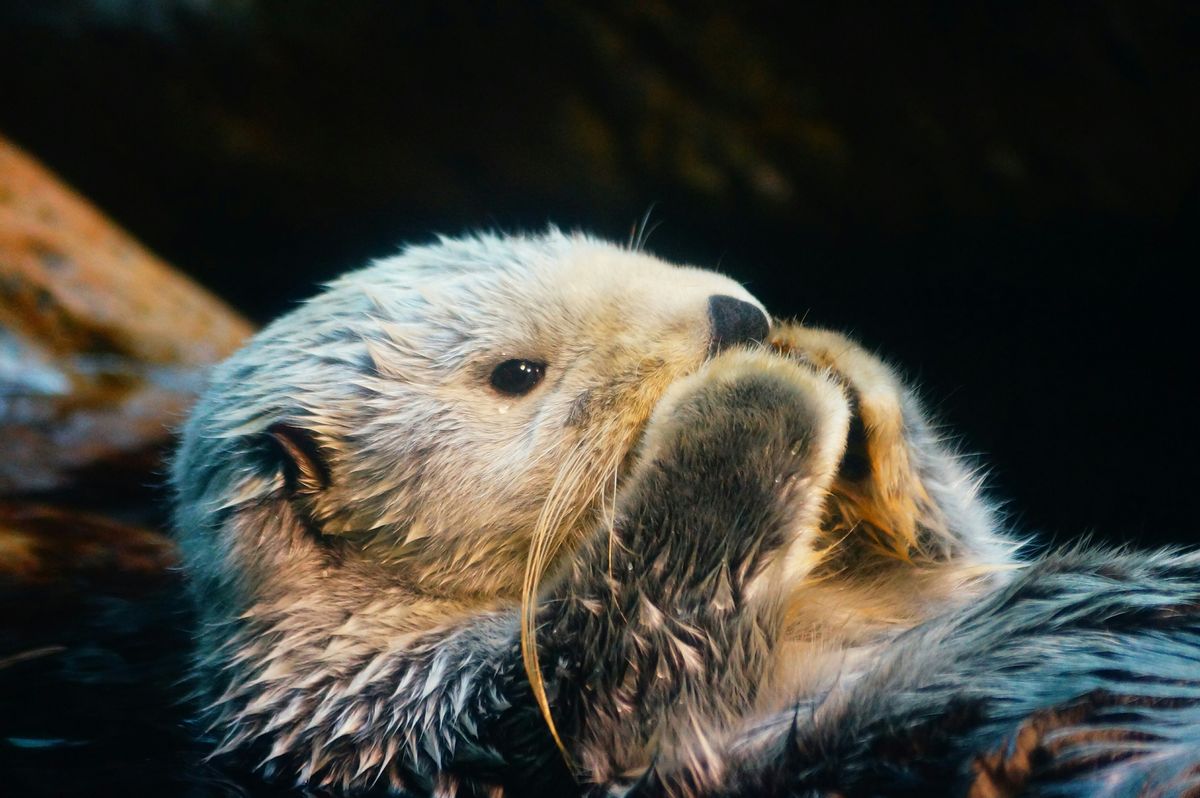 For years, questions about sea otters’ alleged propensity toward cross-species sexual violence have passed through Snopes’ inbox. On Nov. 25, 2019, comedian Michele Wolfe teased a segment from an upcoming comedy special that presented the assertion that “otters rape baby seals” as part of a bit, leading us to finally dive into the claim:

The claim is supported by firsthand accounts and multiple scientific studies. A 2010 paper, for example, published in the scientific journal Aquatic Mammals, documented “nineteen occurrences of interspecific sexual behavior between male southern sea otters and juvenile Pacific harbor seals ... in Monterey Bay, California, between 2000 and 2002.” That paper documented, for the first time, that otters occasionally inflict enough injury during this “forced copulation” that the juvenile seal is killed, as described in this graphic account:

The sea otter and pup rolled violently in the water for approximately 15 min, while the pup struggled to free itself from the sea otter’s grasp. Finally, the sea otter positioned itself dorsal to the pup’s smaller body while grasping it by the head and holding it underwater in a position typical of mating sea otters. As the sea otter thrust his pelvis, his penis was extruded and intromission was observed. At 105 min into the encounter, the sea otter released the pup, now dead, and began grooming.

Otters do not direct such violence on juvenile seals only. The above account is similar to an incident described in a 2015 story in the Vancouver Sun, except the victim in that case was a pet dog:

Whiskers [a sea otter], would whistle from the water in the mornings so that the dogs [named Nipper, Killer, and Tuk] would run to the shoreline and bark at him. One day the dogs were down by the rocks barking and Whiskers pushed a log towards them, daring them to jump onto it and come even closer. Pat [Kidder, the dogs’ owner] recalls thinking: “‘Don’t go out on there or he’ll have you and you’ll wind up dead.’ Whiskers was a smart animal.” None of the dogs fell for it. Not then, at least. [A couple of days later,] the Kidders heard more commotion and cast their eyes toward a ramp on a wharf. Tuk was floating in the water — drowned.

Whiskers was there, too, copulating with the carcass while parading past the other two wildly barking dogs. “He’d go back and forth, holding Tuk’s head up out of the water,” Pat relates. “He was humping it. It was so bizarre. We had never anticipated anything like that.”

What possible explanation exists for this disturbing behavior? One theory, proffered by the authors of the study on the Monterey Bay otters, is that it could be a side effect of the extremely hierarchical behavior of the animal. Male otters must compete with other males to gain control of territory and sexually receptive females. As a result, “males typically establish a dominance hierarchy based on age, size, and relative fitness such that subdominant males will have limited access to receptive females of the same species.” The study authors suggest that an increase in males relative to females could lead subdominant male otters to attempt to mate with individuals of other species, generally female adults or juveniles of either sex, that share the same area.

At least for Monterey Bay and the large number of cases of forced otter-seal copulation documented there in the early 2000s, this scenario has some theoretical support. The sex ratio of that population of otters shifted toward being especially male dominated due to a disproportionate number of female deaths in the 5 to 10 years preceding the study period. Further, male otters unable to control territory sometimes form “male groups” in habitats physically similar to Monterey Bay.

Of course this does not explain the specific and violent behavior evidenced in the examples above, nor does it explain the behavior otters partake in with their victims after their death. It bears mentioning, though, that even regular otter-to-otter sex is no picnic, involving sneak attacks and coercive and violent force:

Copulation normally occurs in the water where the male sea otter will approach the female from behind, grip her around the chest with his forepaws, and grasp her nose or the side of her face with his teeth. Females often initially resist copulatory attempts, but eventually will submit, and the pair may roll and spin in the water, with the male positioned dorsal to the female during copulation.

While we note that “juvenile seals” (as described in the Monterey Bay study) are not necessarily “baby seals” (as in unweaned from their mother), we rank the claim that otters rape “baby” seals (as in young) as "True" because the phenomenon is well-documented scientifically.