'Everything Was Forbidden': Did Orwell's '1984' Predict COVID-19 Restrictions?

Amid COVID-19 lockdown rules in 2020, social media users appeared to "discover" a brand new quotation from the classic dystopian novel "1984." 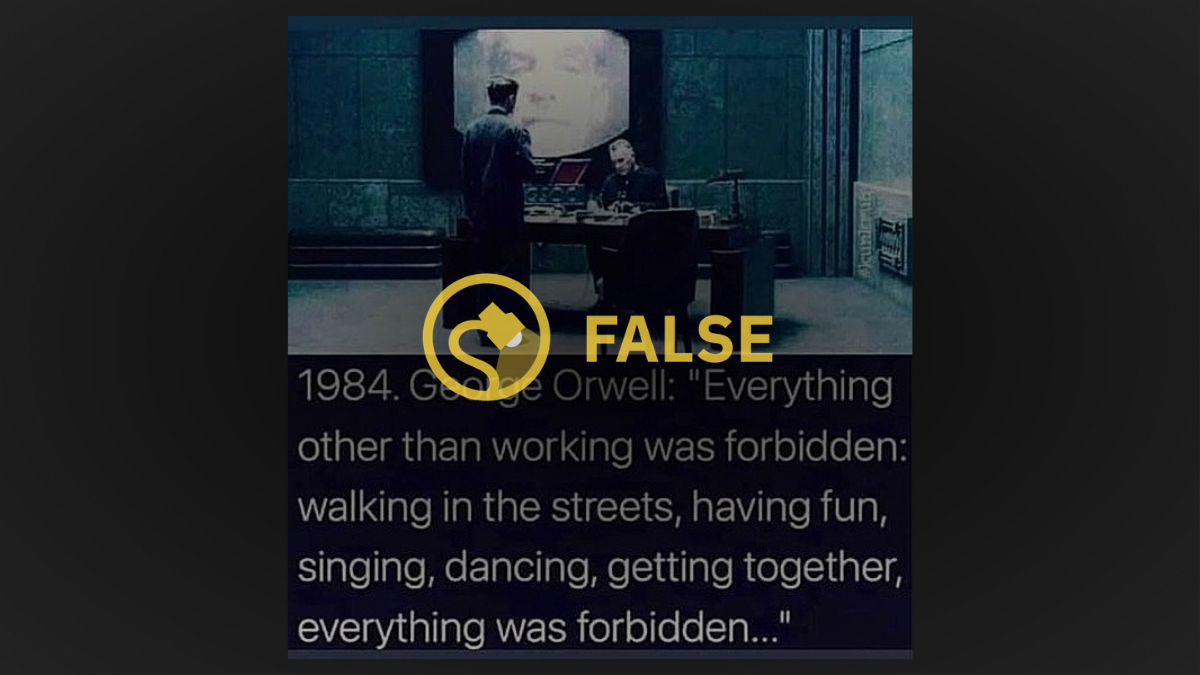 Claim:
George Orwell's "1984" contains the lines: "Everything other than working was forbidden: walking in the streets, having fun, singing, dancing, getting together, everything was forbidden."
Rating:

In late 2020, Snopes readers asked us to look into a series of internet memes and social media posts that presented a quotation from George Orwell's classic dystopian novel "1984" as being eerily prescient of the "lockdown" restrictions imposed by governments throughout the world during the COVID-19 coronavirus pandemic.

The quotation, which was in every instance attributed to Orwell and/or "1984," read as follows: The quotation was not authentic and did not originate in "1984" or anything else written or uttered by Orwell. A search of online versions of the novel does not yield the line included in the memes in 2020, or similar formulations of words.

Even if the novel itself were not available to consult, good reason existed to doubt the authenticity of the quotation. For example, we could find no record of the quotation in a newspaper archive that stretches back more than a century, and no record on Twitter or Facebook from before 2020. Given the novel's considerable cultural impact over the past 71 years, it would be implausible that such a quotable line should supposedly be "discovered" for the first time, in 2020. The earliest example in English that we found came on Oct. 10, and a German version of the bogus quotation began to be shared shortly after that.