Is This a Photograph of an Orphan Lying in Her Mother's Chalk Outline?

A photograph purportedly showing an orphan lying in a chalk outline of her absent mother has a very different backstory. 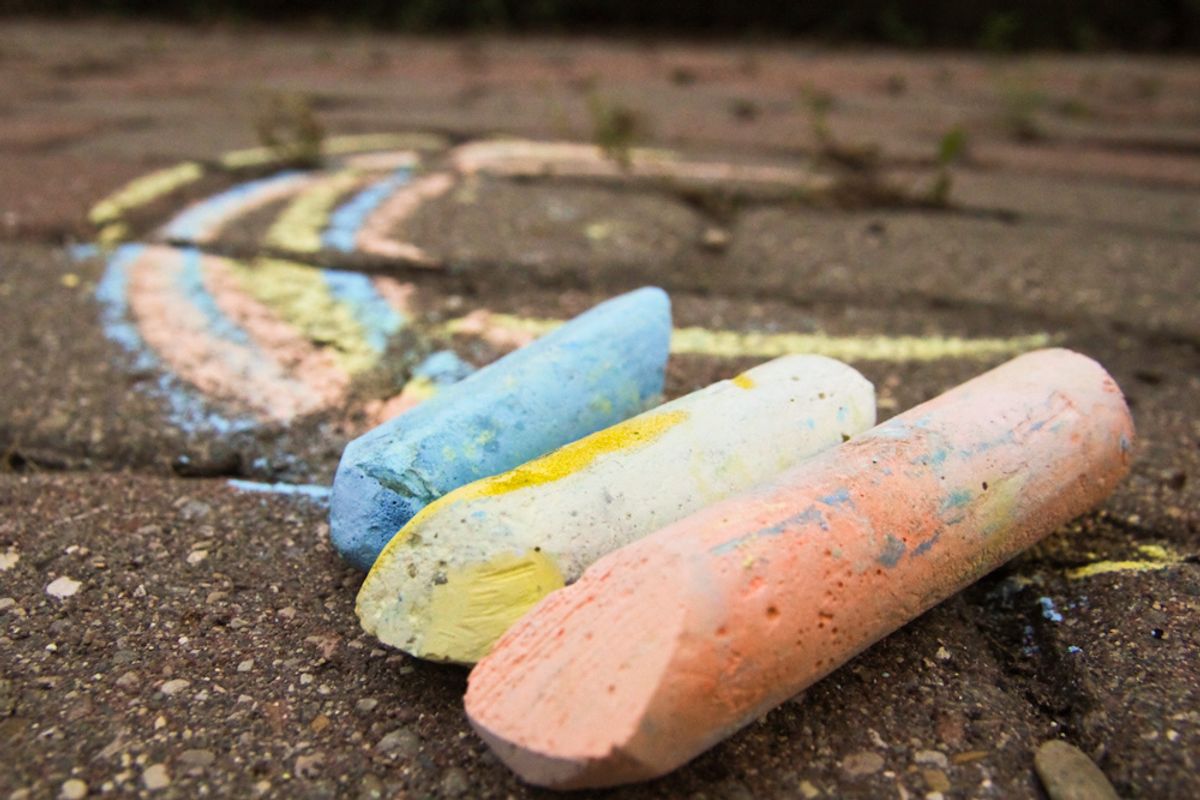 Claim:
A photograph shows an orphan lying in the chalk outline of her absent mother.
Rating:

A photograph showing a little girl sleeping within the lines of a chalk drawing of a woman is frequently passed around social media along with the claim that the pictured child is an Iraqi orphan and that chalk drawing is a depiction of her absent mother:

A photograph that moved the world!

In Iraq, a little girl drew a picture of her mother on the floor of her orphanage. She carefully took off the shoes, lay down on mother's chest and fell asleep... I really don't know how to use human language to interpret such a picture. Although the photograph is real, the backstory that typically accompanies it is not.

The photograph displayed above was taken by Iranian photographer Bahareh Bisheh and was originally uploaded to his Flickr account in 2012 without any background explanation. When the image started circulating online attached to a sad story about an orphan missing her mother, Bisheh chimed in on his Flickr page to tell the true story behind the picture:

This little girl is my cousin and she actually fell asleep on the asphalt just outside my house. She must have played for some time and just lied to rest and fell asleep.

I used a chair to stand on in order to take this shot. There is no orphanage involved and no tragic story behind this. I took this opportunity to be creative.

It is a style of photography

In fact, Bisheh is a big fan of this type of photography. The picture seen here was included in an album that featured several similar bird's-eye view photographs of same girl alongside and within various chalk drawings: