A viral social media post about perceived inconsistencies in the "math" of the June 2016 Orlando nightclub shooting uses all the wrong numbers. 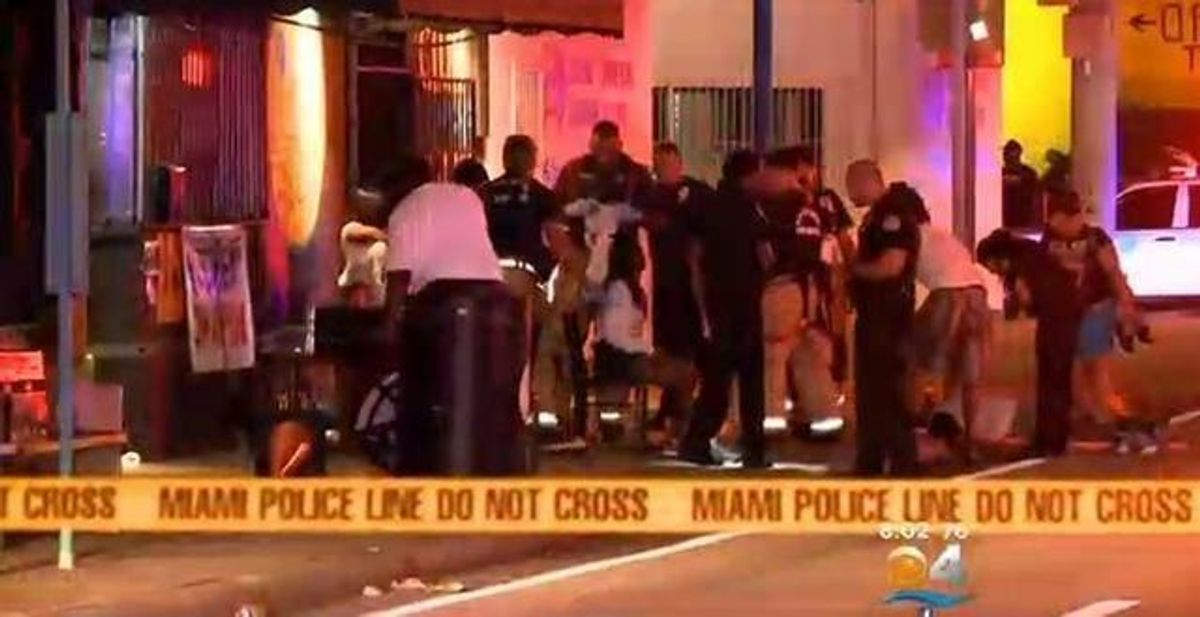 Claim:
It was not physically possible for a single gunman at the Orlando nightclub shooting to have fired as many rounds in the time allotted as reported.
Rating:

Rumors and conjecture fly after every mass shooting, mostly involving speculation that the shootings were faked (or what conspiracy theorists call "false flag" operations), with the end goal of taking away American guns. The theories are fed by the inaccuracies that can surface during breaking news reporting due to the fluidity of the situation or human error, but which are inevitably taken as evidence of a grand conspiracy.

The Facebook page RAW Conservative was one of the first to get in on the conspiracy theories after the Pulse nightclub shooting in June 2016, with the following post holding that it simply was not physically possible for a single gunman to have fired as many shots as claimed in the time allotted:

A man walks in to a night club with an AR-15, shoots 103 people in under 7 minutes at 2am. The majority of the victims were shot multiple times, some as many as 12 times, with reports of several dozen rounds fired in the air and several dozens of rounds missing. 3 hours later, engages in a gun battle with 9 police officers that lasts nearly an hour.

So let me get this straight...one lone shooter in under 7 minutes reloaded his AR-15 30 times with 30rd magazines in under 7 minutes, firing nearly 1,000rds of .223 ammunition while in a nightclub surrounded by 320 people, managing to kill and injure 1/3 of them, takes a 3 hour break, and then engages in another gun battle lasting nearly and hour in what was described as a "hail of bullets" with a SWAT team?

Having years and years of experience with AR-15s, it would take me nearly 7 minutes to reload 30 times...let alone having time to aim and shoot 1,000 rounds semi-automatic in between firing dozens of rounds in the air screaming "Aloha Snack Bar"...just saying...something doesn't add up...

Let's not even mention the fact that he managed to have 30, 30rd AR mags loaded and at the ready in order to do it under 7 minutes. If he is holding an ammo can in one hand (that weighs 40 pounds) and an AR in the other...what was he doing...reloading and firing with one hand at the same time? Either that, or he had a tactical vest from Hell that was able to hold 30 mags!! Something ain't right folks...

This deconstruction of the facts of the shooting would be more convincing if almost all of its aspects weren't contradicted by more cogent reporting about the details of the shooting.

For starters, the gunman, Omar Mateen, wasn't armed with an AR-15; he brought a .223 SIG Sauer MCX semiautomatic rifle with him to the Orlando nightclub, as well as a handgun (reportedly a 9mm Glock semiautomatic model). Although the SIG Sauer MCX rifle is often outfitted with a magazine that holds 30 rounds, higher-capacity magazines are legal in Florida and reasonably easy to buy online. Other add-ons for the MCX — which is favored for its modularity, firing speed, controllability, and its ease of use — are also readily available.

Additionally, Mateen didn't fire anything close to "1,000 rounds of .223 ammunition," as claimed. News accounts reported that the total number of rounds expended at the Pulse nightclub by Mateen and police combined was only 202, not upwards of a thousand, and thus Mateen would have needed far fewer reloads than assumed:

Finally, Omar Mateen didn't "engage in a gun battle with 9 police officers that lasted nearly an hour." Shortly after opening fire at the club, Mateen was confronted by an armed security guard and police and retreated to a bathroom, where he holed up for nearly three hours and made phone calls while police attempted to negotiate with him. When police finally breached a wall of bathroom, Mateen emerged from the hole they created and was quickly shot and killed:

Together, the officers fired at Mateen, who retreated into a bathroom toward the rear of the club.

The killer, who claimed allegiance to ISIS hid in a bathroom at Pulse, the gay Orlando nightclub where he had slaughtered scores of people. A wall of cinder block separated him from a team of police officers just outside. For three hours, crisis negotiators tried to end the siege. Then Mateen — whom police said had acted "cool and calm" during discussions — talked about killing more people. Alarmed police placed an explosive device against the block walls and detonated them. The breach failed, the hole not large enough to allow for a successful rescue.

A cop rammed his Bearcat armored vehicle through the club wall. Hostages poured out. So did Mateen, guns blazing.

So ended the worst mass shooting spree in American history, with 49 others killed and 53 wounded.

All of the math of the Orlando nightclub shooting holds up; it only fails to total accurately when, as was the case here, all the wrong numbers are input into the equation.