A fake news story claims the nonexistent principal of a nonexistent Oregon school is banning recitation of the Pledge of Allegiance for the remainder of the 2016-17 school year. 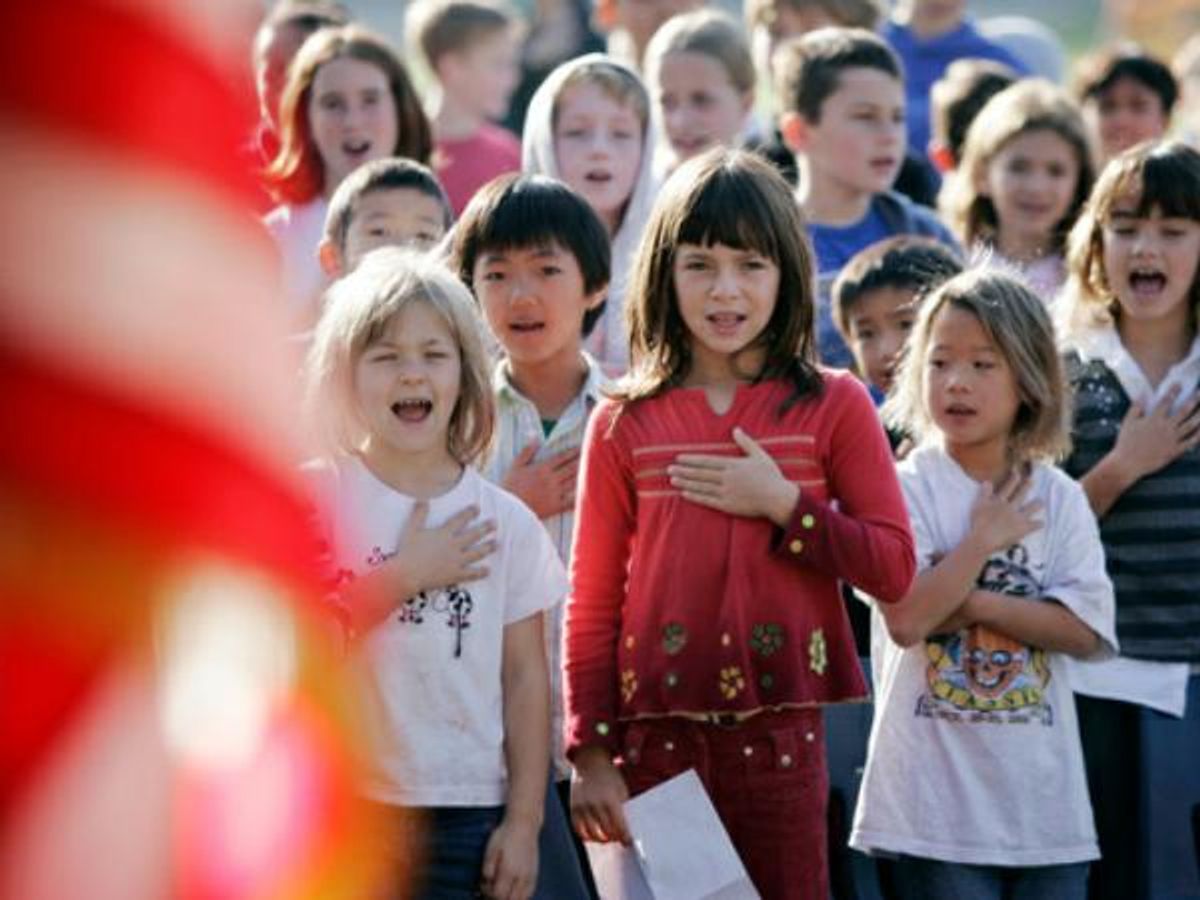 Claim:
The principal of Mountain Dell Elementary School in Oregon sent a letter to parents informing them that the Pledge of Allegiance will be banned for the remainder of the school year.
Rating:

On 26 August 2016, the web site Associated Media Coverage published an article reporting that the parents of children attending Mountain Dell Elementary School in Oregon had received a letter from the school's principal, Kauata Jackson, informing them of her decision to "discontinue the recital of the Pledge of Allegiance throughout the remainder of the 2016-2017 school year" for reasons of maintaining "a culturally diverse community." According to the article, parents' reactions were largely negative:

Many parents were outraged upon finding Principal Jackson’s letter in their children’s backpacks and took to social media websites such as Facebook to voice their disagreement with Jackson’s decision.

Several parents wrote messages of their own to Principal Jackson on the letter and uploaded photos of their notes on Facebook prior to having their children deliver them back to their teachers. One such letter said, “RETURN TO SENDER: We do not agree with this decision and urge you to reconsider. We recommend that you keep a few things in mind prior to your reconsideration – #1) – Remember what country employs you. #2) – There are SEVERAL other elementary schools for me (and my neighbors) to send our children. Sincerely, Kathleen Hunter (An American Mom).”

However, the entire article, including several additional paragraphs purporting to quote the principal's defense of her decision to ban the pledge, is a work of fiction. There is no "Mountain Dell Elementary School" (nor a city or town named "Mountain Dell") anywhere in the state of Oregon. Its supposed principal, "Kauata Jackson," doesn't exist. The photo purporting to depict the principal is a generic stock image found on the web site Pixabay.

Similarly, a follow-up article posted on 29 August 2016 alleging that the Oregon Department of Education has banned recitation of the Pledge in schools throughout the state "in support of principal Kauata Jackson" is completely false.

Associated Media Coverage has been purveying fake news on the Internet since February 2016.