This fabricated photo was making the rounds well before anyone claimed it was taken during Hurricane Ian. 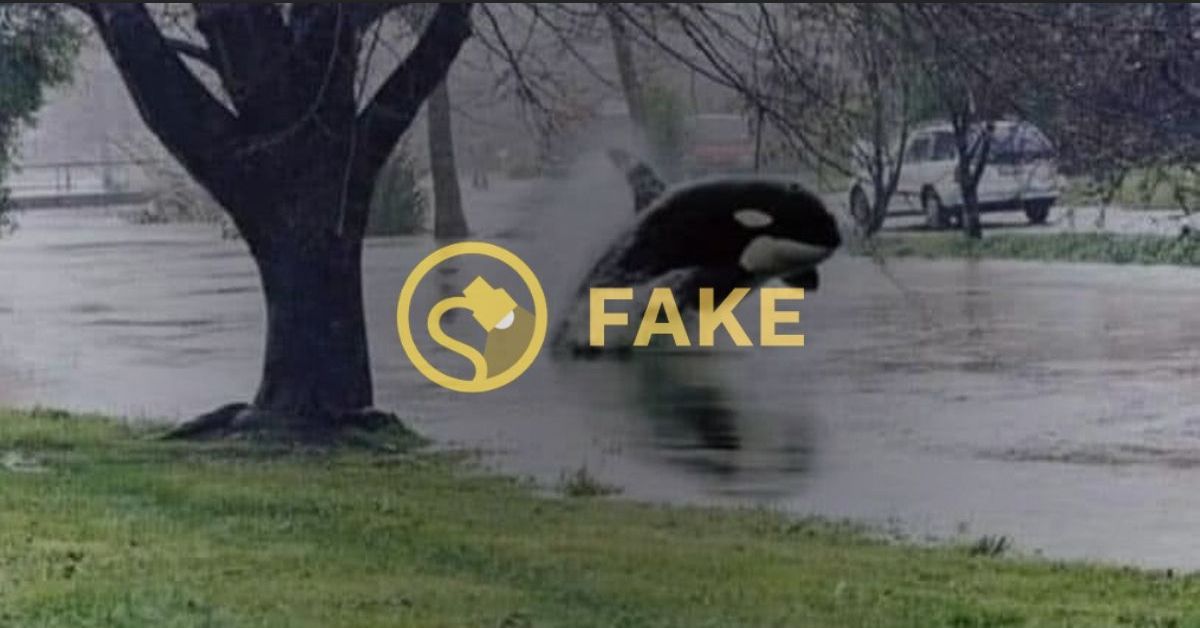 As if a Category 4 hurricane making landfall weren't terrifying enough, it has become an internet tradition for social media users to share fabricated pictures of sharks, alligators, and killer whales prowling the flooded streets of storm-stricken cities.

The first thing to know about this tweet is that, as of Sept. 27 when it was posted, Hurricane Ian had not yet made landfall and there was no flooding reported in Tampa Bay, Florida.

The second thing to know is that, as fakes go, this manipulated picture was poorly done and quite obvious. Have a look at this enlargement: The orca was clearly cropped or copied from another photograph and clumsily inserted into a photo of a flooded street.

The third thing to know is that this photo had circulated before in other false contexts. Here is that same orca, allegedly photographed during major flooding in Dallas, Texas, in late August 2022: And here it is in Miami, supposedly, in November 2020: Lastly, the original, unmodified orca portion of the photo can be tracked to earlier sources. It appeared, for example, on the Canadian Parks and Wilderness (CPAWS) website in 2016: