Warnings of a 'one-ring scam' in which telephone customers return hang-up calls from foreign phone numbers and get charged hefty fees are often greatly exaggerated. 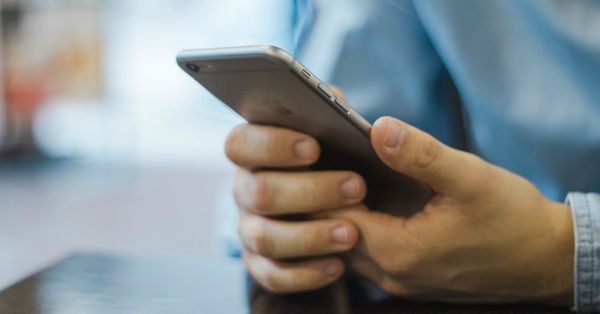 Phone scammers sometimes lure potential victims into running up heft phone charges through the use of "one-ring hang-ups."

The "one ring" telephone scam is similar in form to the venerable 809 area code scam in that both involve trying to dupe unwary phone customers into calling a foreign phone number in order to stick them with hefty charges. While the 809 scam involved sending pages, faxes, voicemails, or e-mail messages that supposedly relayed important information (e.g., news about a distressed family member or a notification of prize winnings) in order to lure the recipient into calling a provided phone number, the "one ring" scam employs a simpler technique -- the scammers place calls to blocks of phone numbers (sometimes with the use of robo-call devices), disconnect each call after a single ring, and hope that the owners of some of those numbers will be curious enough to call back:

Dubbed "one-ring hang-ups," the scheme targets millions of mobile-phone lovers. Unscrupulous operators make thousands of random calls from normal phone lines, letting the phones ring once before hanging up. They count on inquisitive folk, or those anxious not to miss a single call, ringing back the number shown on their screens.

Once hooked, the victims of the "one ring" scam are supposedly separated from their money through a variety of means: keeping them on the line for as long as possible while they rack up international call tolls, duping them into unknowingly calling premium-rate phone numbers (akin to the 900 Pay-Per-Call services), or enticing them into signing up for pricey services, as described in a May 2019 alert issued by the Federal Communications Commission (FCC):

The Federal Communications Commission is alerting consumers to reported waves of “One Ring” or “Wangiri” scam robocalls targeting specific area codes in bursts, often calling multiple times in the middle of the night. These calls are likely trying to prompt consumers to call the number back, often resulting in per minute toll charges similar to a 900 number. Consumers should not call these numbers back.

Recent reports indicate these calls are using the “222” country code of the West African nation of Mauritania. News reports have indicated widespread overnight calling in New York State and Arizona.

Generally, the One Ring scam takes place when a robocaller calls a number and hangs up after a ring or two. They may call repeatedly, hoping the consumer calls back and runs up a toll that is largely paid to the scammer.

Consumer Tips:
· Do not call back numbers you do not recognize, especially those appearing to originate overseas.
· File a complaint with the FCC if you received these calls: www.fcc.gov/complaints
· If you never make international calls, consider talking to your phone company about blocking outbound international calls to prevent accidental toll calls.
· Check your phone bill for charges you don’t recognize.

Advances in technology allow massive amounts of calls to be made cheaply and easily. In addition, spoofing tools make it easy for scammers to mask their identity. The FCC is working to combat scam calls with enforcement actions, a strong push for caller ID authentication, and support for call blocking tools. Another key tool is consumer education like this alert and the FCC’s One Ring scam consumer guide: https://t.co/pROJ0ldMXv

As with the 809 scam, however, it appears that the prevalence of the one-ring scam and the potential damages its victims might suffer are considerably lower than exaggerated warnings about it often suggest:

One ring & hang up.
If you call back, it's one of those Numbers that are charged $15 - $30.
They can copy your contact list in 3secs.
If you have bank or Credit Card details in your phone,
they can copy that too!

These calls may be from ISIS.
Don't answer or Call back.

Please FORWARD AND SHARE this with your friends and family.
PLEASE DO NOT IGNORE this.
IF SOME ONE ASKs YOU TO DIAL #09 or #90.
Please Do Not Dial this When Asked.
Please circulate URGENTLY.

It's certainly not true, as stated in the example cited above, that the mere act of calling a particular number would allow a phone user's contacts and banking information to be stolen by someone else. That sort of information would be compromised only if another party somehow hacked into the user's phone (via a malicious app or other code) and/or the user actively did something to enable access to it. (In either case, there's no obvious reason why such a scheme would require the victim to place a call to the information-stealer rather than the other way around.)

Some versions of this warning maintain that "You may also be charged a monthly fee for joining some club you know nothing about. By calling the number, you 'authorize' them to place a fee on your cellphone bill." However, it seems to be more the case that victims aren't subscribed to services simply through the act of calling a phone number, but rather that the scammers use social engineering techniques (including harassment) to persuade them to subscribe to pay services or give out their credit card information:

Those who do [call back] find themselves listening to advertisements for all sorts of dodgy services. Some firms try to hook callers into subscribing, say, to high-priced chat-lines or Internet services. Others dupe callers into providing credit-card numbers. Using caller-identification in reverse helps to harass more users. Some victims decide it is easier to pay than face fresh hassles. Even if only a small fraction are snared, it is still a lucrative ploy: their own charges are small since they never give their quarry a chance to answer.

Other versions of the warning caution that cell phone owners who return one-ring calls are charged $19.95 for an "international call fee" and then a "$9.00 per minute charge" on top of that. But Verizon currently lists rates for placing calls to the 222 country code mentioned in the above FCC alert (Mauritania) at about $3.00 per minute, so a victim who returned such a call and stayed on the line for a couple of minutes before hanging up might realistically be out $6 or so in toll charges. Phone customers can generally get any "premium service" (i.e., "international call fee") charges tacked on to such a call reversed by contacting their phone service providers and documenting the circumstances of the call.

Many forms of this warning list specific country/area codes that phone users should never place calls to (because of their association with various phone scams), including 473 (Grenada), 268 (Antigua), 876 (Jamaica), 809 (the Dominican Republic), 375 (Belarus), 371 (Latvia), 222 (Mauritania), and 284 (the British Virgin Islands). There is, of course, nothing wrong with connecting to numbers with these country/area codes if you happen to know whom you're calling: all cautions regarding the one-ring scam (and similar schemes) apply only to solicitations to contact entities unknown to you. If you have to call a number associated with a dialing code that's unfamiliar to you, you can use a code lookup site to check it out first.