'One Pound of Mofeen': Is the Old Pharmacist Story Real?

Examples of a story purportedly involving a pharmacist and "one pound of mofeen" go back to at least the 1990s. 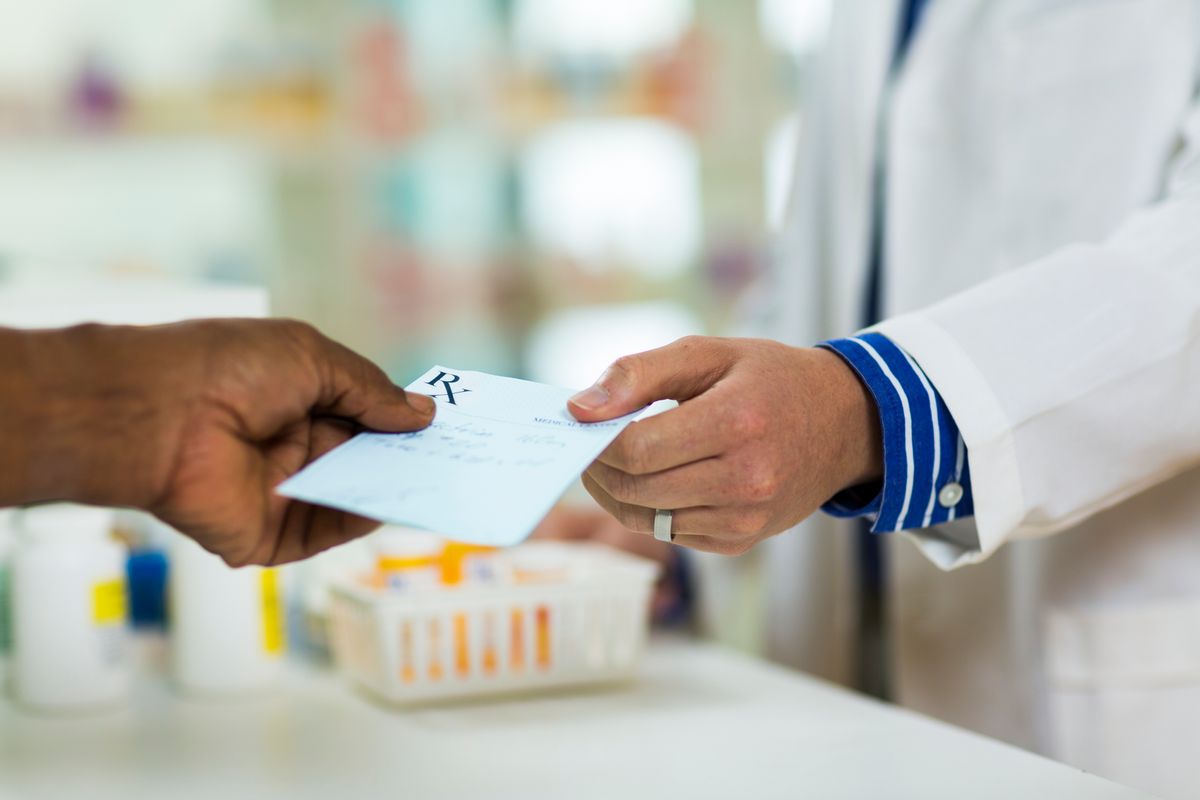 Claim:
A pharmacist questioned a prescription for "one pound of mofeen."
Rating:

Did a pharmacist question a prescription for "one pound of mofeen"? Complicating their work in caring for the ill and injured, physicians need to be concerned about patients who turn to them not for medical intervention but for access to hard-to-obtain drugs. Among the legions of legitimate sufferers, there are always a few who feign physical maladies in an attempt to secure supplies of painkillers, or who alter legitimate prescriptions written for more innocuous drugs into scripts for their pharmaceuticals of choice, or who steal blank prescription pads when their doctors' backs are turned. (It is for these reasons that physicians make it a practice to safeguard their prescription pads, both by carrying the ones they're using on their persons and keeping all others in locked cabinets or drawers.)

An early example of this claim came from March 1995, back in the early days of America Online, in what was then referred to as the "world wide web":

I was in LA the past weekend with two of my brothers. One told me about his friend, a doctor, who lost a prescription pad.

The doctor got a call a day later from a pharmacy. Man came in with a prescription for "mofine," quantity of "1 pound."

Also, in 2005, the Daily Oklahoman reported:

In another memorable case, Duncan said, a doctor received a phone call from a pharmacist trying to confirm a suspicious prescription for morphine.

The doctor said, "Well, I'm a pediatrician. I don't prescribe morphine. How did you know it was a fake?" Duncan said.

This legend speaks to the dark reality of the ongoing struggle between physicians and those out to scam drugs from them by poking fun at a fictional thrill seeker. While the hapless soul of this legend succeeds in making off with a sheet from his doctor's prescription pad, his lack of medical knowledge does him in — his attempt to purchase a large supply of "mofeen" (morphine) from a pharmacist is thwarted, both by his spelling and his ignorance of how controlled substances are vended. (Morphine isn't distributed to patients by the pound, after all.)

While this legend is usually presented as an anecdote about someone else's experiences, it is sometimes told in the first person with the one relating the story presenting it as an event he or she actually participated in, either as the doctor or the pharmacist. The narcotic which the drug-seeking miscreant presents a forged script for is variously dubbed "mofeen," "mopheen," or "mofine," with the amount requested varying from telling to telling. "1 pound" and "3 pounds" are the most commonly mentioned figures.

As to why the story seemingly never features any other drug, it might be because when heroin is scarce addicts sometimes turn to morphine, making that prescription narcotic one of the most sought after by those with serious drug dependencies. A doctor providing a prescription to a patient. (Westend61/Getty Images, Stock Photo)

There is one additional item of note about this legend: its undercurrent of racism. While tellings generally lack overt mention of the drug seeker's race, the use of language brands that individual as Black via the 'r' dropped from the 'mor-' syllable of the narcotic he's after. His forged script never requests "morfeen," "morpheen," or "morfine," misspellings that would leave entirely up in the air the question of race.

Instead, in past tellings of this legend that, again, had an uncurrent of racism, the elided 'r' points the dialectal finger directly at a Black person.

In sum, we rated the old tale of a pharmacist questioning a prescription for "one pound of mofeen" as "Legend." The definition for this rating is as follows: "This rating is most commonly associated with items that describe events so general or lacking in detail that they could have happened to someone, somewhere, at some time, and are therefore essentially unprovable."