Is This a '1 Minute Message' From U.S. Rep. Rashida Tlaib?

Here's one key fact: This video is three decades old. Also: That is not Rashida Tlaib. 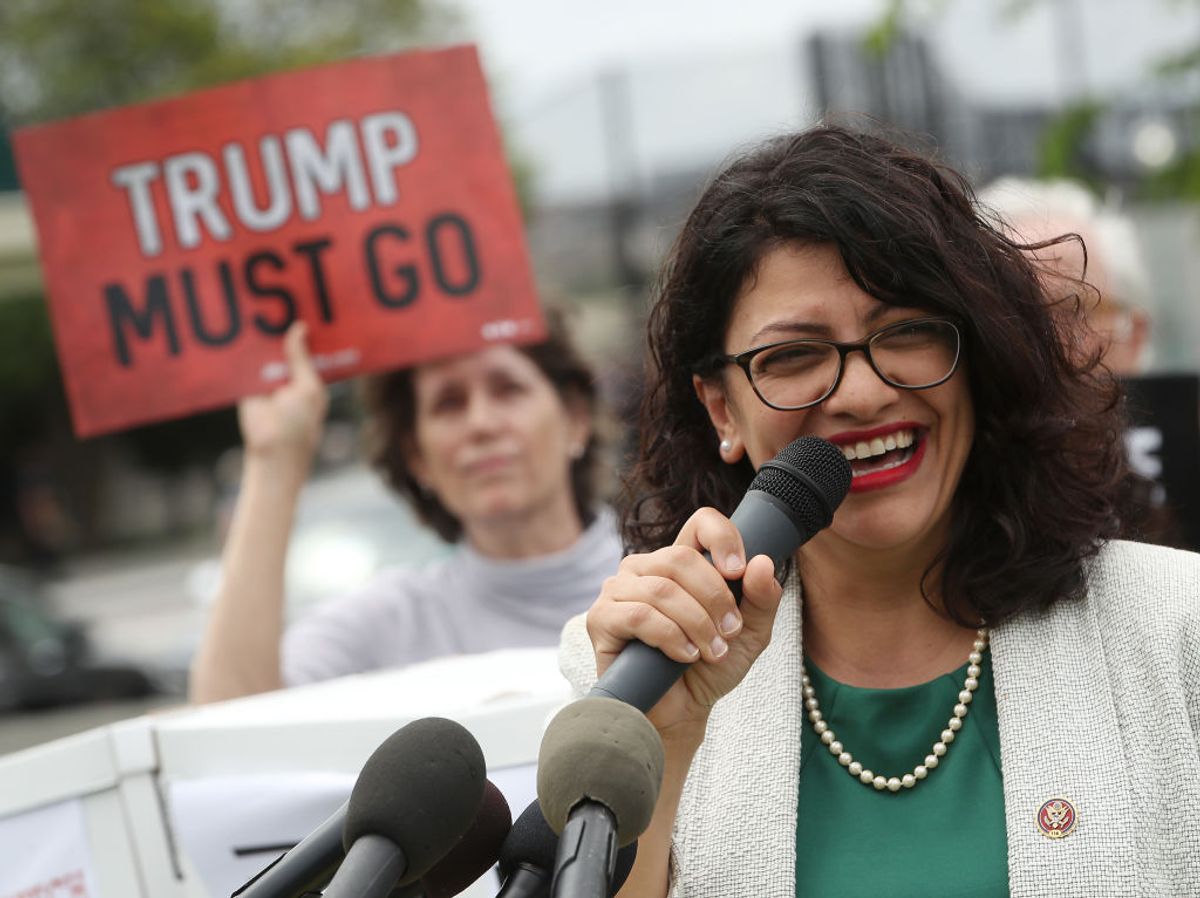 Claim:
A video shows U.S. Congresswoman Rashida Tlaib delivering a "1 minute message" on how to spread Islam in the United States.
Rating:

In July 2019, a viral video supposedly showing a "1-minute message from the new Congresswoman from Michigan, Rep. Rashida Tlaib" started going viral on social media. While versions of the video from YouTube have been deleted, the footage can be seen in the following post on Facebook:

This Facebook post was shared with the message: "1 minute message from CONGRESSWOMAN, Michigan Rep. (Rashida Tlaib). IF YOU HAVE THE COURAGE TO WATCH THIS ONE MINUTE VIDEO, YOU WILL NO LONGER BE CONFUSED ABOUT THE CURRENT CHALLENGE FACING YOU, YOUR CHILDREN, YOUR GRANDCHILDREN ... AND THE FUTURE OF AMERICA."

This is not a video of Tlaib.

The video is nearly three decades old and shows Sharifa Alkhateeb, an advocate for Muslim culture, delivering a speech at the Muslim Americans Political Awareness Conference on Aug. 5, 1989, in which she talked about using public schools to convert students to Islam.

We previously addressed this footage in a January 2019 article. At the time, the video was circulated as if it were footage of a recent event that showed a Muslim woman explaining her plan to infiltrate the U.S. school system. A few months after the video went viral, musician Ted Nugent shared it as if it showed a "new congresswoman from Michigan," inferring that the woman in the video was Tlaib: By July 2019, this video was being widely shared along with the false claim that it showed Tlaib.

You can read more about the original video here.