Comments made by U.S. Sen. Rand Paul in a TV interview became weaponized on social media. 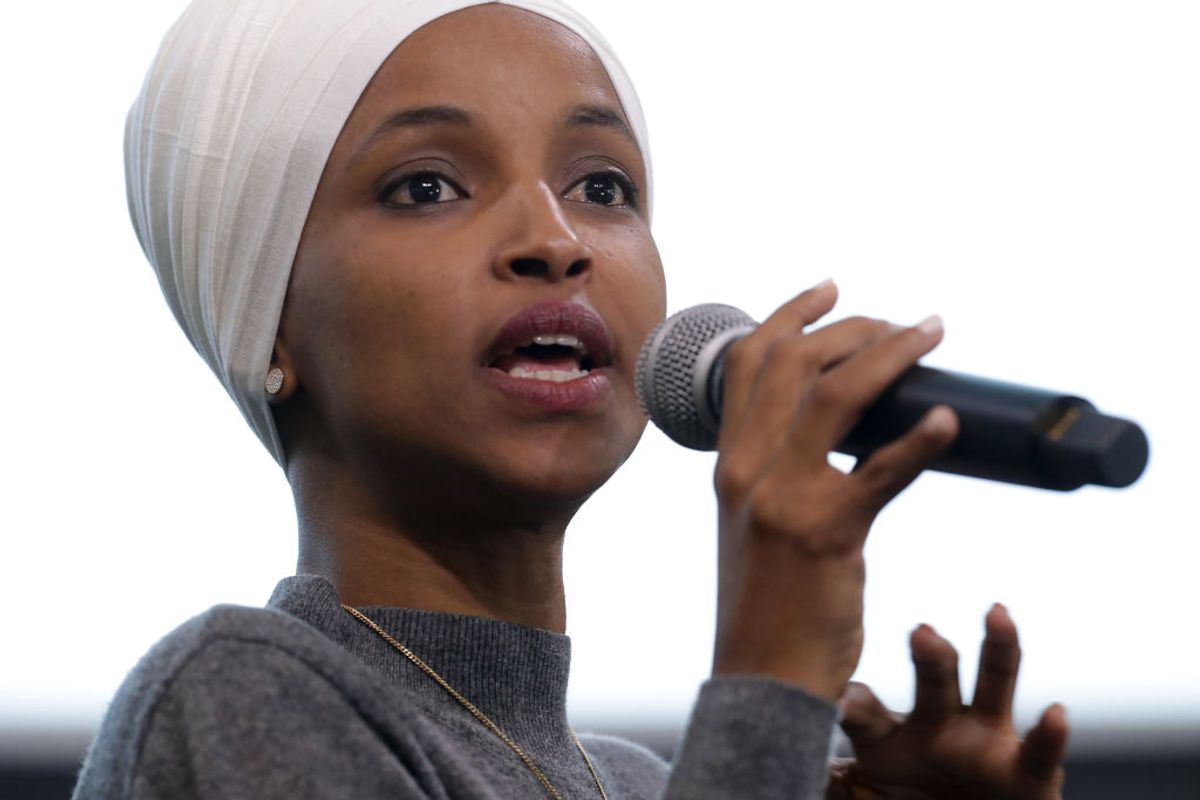 On July 15, 2019, Kentucky TV station WAVE asked U.S. Sen. Rand Paul about controversial tweets directed at Rep. Ilhan Omar and other progressive Democratic congresswomen from President Donald Trump. In those tweets, President Trump had suggested those members of Congress should “go back” to the countries they came from. Rep. Omar, a representative for Minnesota’s 5th Congressional District, is a refugee from Somalia.

As part of his response, Sen. Paul, R-Ky., suggested Omar was “unappreciative” of the U.S., stating that:

I’m sort of dumbfounded how unappreciative she is of our country. She says this is terrible, a place without justice and all this. She’s a congresswoman. She got here as a refugee 20 years ago. She’s elected to congress. I can’t imagine a better country that elected her to congress and she badmouths our country. ... I know this Somali family that came about the same time [as Omar] to Bowling Green, and it’s just this dramatic story of hope and wonder … Those are the stories, but it’s not this angry story ... She has this bitterness and anger toward the country.

Paul also was quoted in WAVE’s reporting as declaring, “I think she does deserve a rebuke over trying to say we have a rotten country.”

The suggestion that Omar literally stated America is a “rotten country” made it into the headlines of several publications, including a Washington Examiner article shared by, among others, former Fox News personality Kimberly Guilfoyle and retweeted over 10,000 times. Social media shares and commentary related to these headlines indicated readers believed Omar had literally described America, the country, as “rotten”: We reached out to Sen. Paul’s office for clarification on his comment, asking which statement or statements of Omar's he was referencing, and if he was alleging that she literally called America a “rotten country” or if he was characterizing remarks she made as saying as much. Finally, we asked which of Omar’s remarks Paul believed amounted to a description of America as a "rotten country."

A spokesperson for Paul did not provide the requested clarification but instead reiterated via email that the senator viewed Omar’s “continued criticism” as “unfair considering how much Rep. Omar has achieved”:

Senator Paul believes that Rep. Omar’s continued criticism is unfair considering how much Rep. Omar has achieved. In what other nation can you arrive as a refugee and get elected to one of the highest national offices in such a short time?

We found no public statements made by Omar in which she described America as "rotten." A spokesperson for Omar told us he had "no record of her ever saying that." Omar has written publicly about her pride in America and its democratic processes, especially those that allow for criticism. In a July 25, 2019, New York Times op-ed, for exampled, Omar wrote:

The beauty of this country is not that our democracy is perfect. It’s that embedded in our Constitution and democratic institutions are the tools to make it better. It was in the diverse community of Minneapolis — the very community that welcomed me home with open arms after Mr. Trump’s attacks against me last week — where I learned the true value of democracy. I started attending political caucuses with my grandfather, who cherished democracy as only someone who has experienced its absence could. I soon recognized that the only way to ensure that everyone in my community had a voice was by participating in the democratic process.

Today, that basic promise is under threat. Our democratic institutions have been weaponized. The Trump administration has sought to restrict people from exercising their voting rights. It has sought to undermine the basic checks and balances of our Constitution by not respecting subpoenas from Congress. And the president has used overtly racist rhetoric to strike fear and division in communities of color and religious minorities across the country ...

The proudest moments in our history — from the Emancipation Proclamation to the civil rights movement to the struggle against fascism — have come when we fight to protect and expand basic democratic rights. Today, democracy is under attack once again. It’s time to respond with the kind of conviction that has made America great before.

The suggestion that Omar described America as a “rotten country,” as portrayed in news headlines, appears to stem from words Paul — not Omar — used. We therefore issue a rating of "false" for this claim.