Did Omar Offer Condolences to Loved Ones of ‘Austere Scholar’ al-Baghdadi? 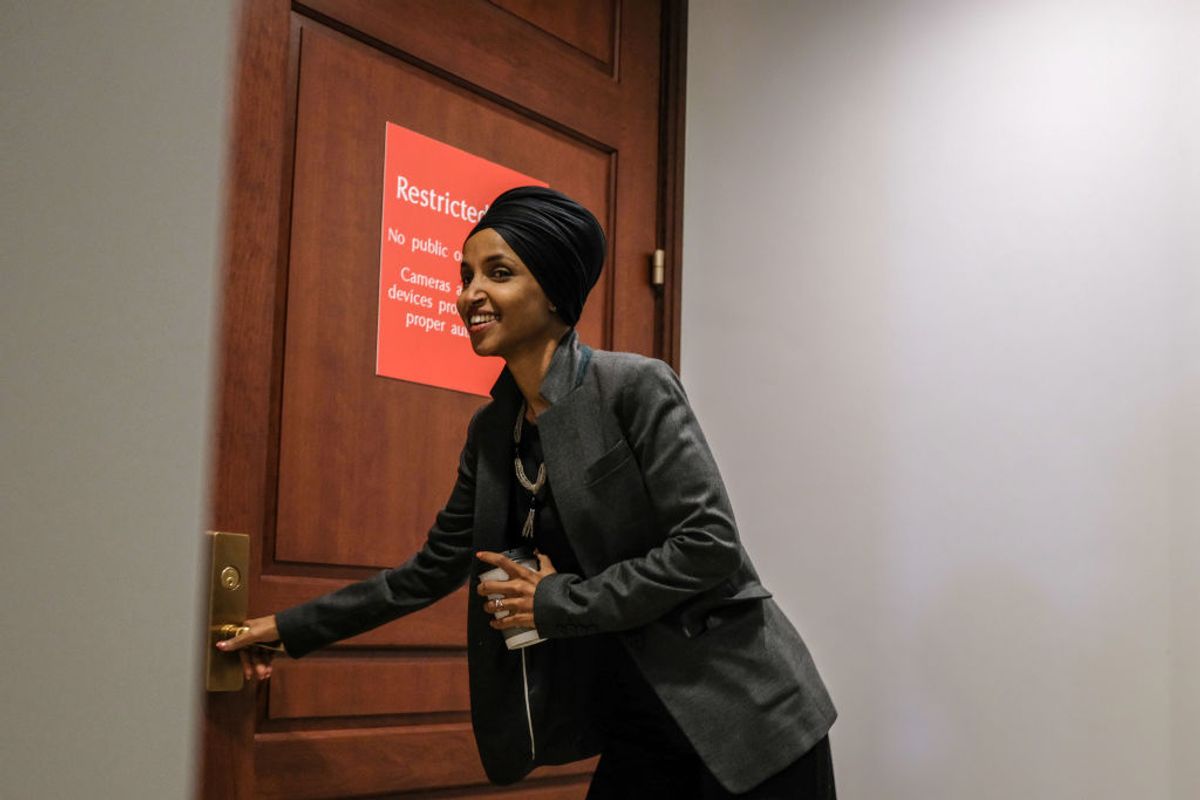 On Oct. 28, 2019, the website Genesiustime published an article positing that Congresswoman Ilhan Omar, D-Minnesota, had offered her condolences to the friends and family of Islamic State leader and "austere scholar" Abu Bakr al-Baghdadi after the terrorist leader died during a U.S. military raid:

Abu Bakr al-Baghdadi, the reclusive leader of the world’s most austere religious movement, was killed during a daring nighttime raid by U.S. Special Operations soldiers in northwestern Syria.

US Rep. Ilhan Omar released a statement offering her condolences to the friends and family of the deceased religious leader.

“It is with a heavy heart that I offer my thoughts and prayers to the friends and family of such a remarkable man—the austere religious scholar, Abu Bakr al-Baghdadi,” Omar said. “I probably would’ve married him if we were more closely related.”

This fictional article's inclusion of the phrase "austere scholar" is referencing an errant obituary headline that briefly appeared on WashingtonPost.com after al-Baghdadi's death. Omar was likely chosen as the target of this piece of satire because she is a Muslim. Omar, however, did not praise al-Baghdadi or offer condolences to his family.

Here's what the Minnesota lawmaker actually said after al-Baghdadi's death:

Abu Bakr al Baghdadi was an evil man and a terrorist, who terrorized the world with violence and a message of hate.

The world is a safer place without him.

We have deep gratitude for the brave men and women who carried out this dangerous operation.