Did a study show that 69% of all store-bought extra virgin olive oils in the U.S. are 'probably fake'? 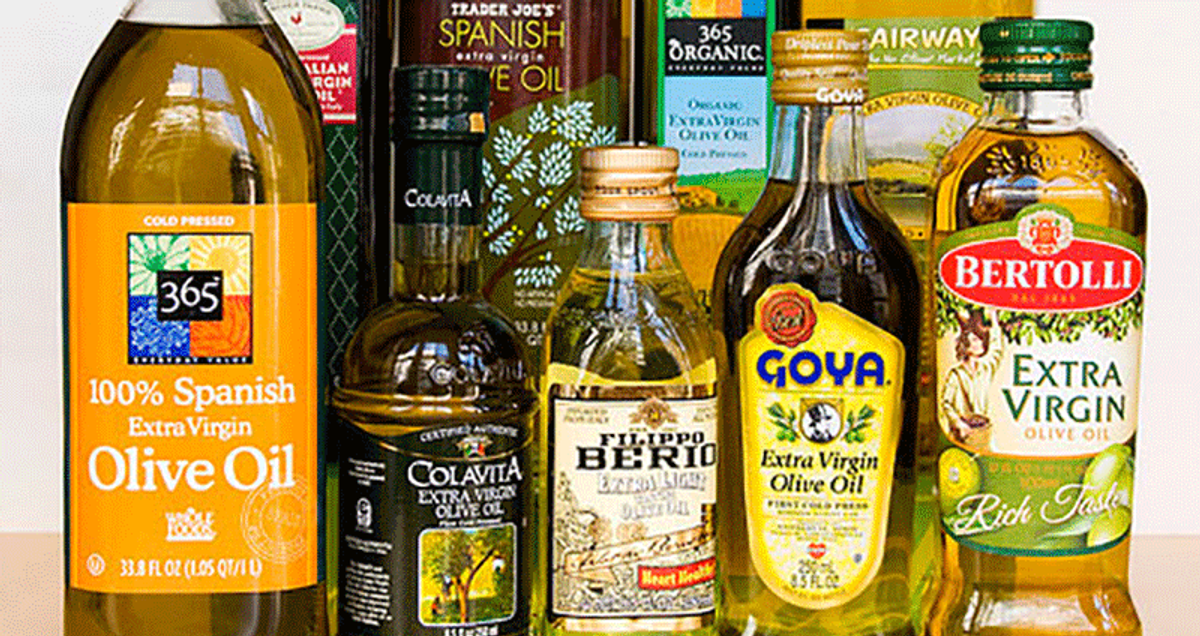 Claim:
A study showed 69% of all store-bought extra virgin olive oils in the US are 'probably fake.'
Rating:

Testing carried out in 2008 and 2010 reported that some popular olive oil brands did not meet the criteria to be labeled as "extra virgin."

Tests did not show that 69% of the olive oil sold in the U.S. is made wholly or primarily from something other than olives.

In early March 2015, an article titled "Fake Olive Oil: What You Need to Know [Now]" began circulating via social media, focusing on the health benefits of olive oil and making the claim that 69% of store-bought olive oils are "probably fake."

Predictably the claim was well-circulated among health buffs, as olive oil is prized for its status as a heart-healthy food. The prospect of counterfeit olive oil caused many diners to wonder what might be lurking in their bottles of Bertolli and whether there was cause for concern over adulterants and impurities.

Given the wording of that article, it was difficult to determine how a study might identify a specific proportion (not "about 70%", but precisely 69%) of store-bought olive oil, yet only arrive at the partial conclusion that the referenced percentage of oils was "probably fake":

Embedded links in the article pointed back to the University of California Davis Olive Center, which operates under the university's College of Agricultural and Environmental Sciences, so the article was referencing a document released by the center in April 2011 under the title "Report: Evaluation of Extra-Virgin Olive Oil Sold in California." That paper was not a research study, but it did provide some context for the claim that 69% of store-bought olive oil was "fake."

The Olive Center's testing took place between 2008 and 2010. Researchers did not examine whether olive oil was "fake" as such (i.e., something other than olive oil misleadingly labeled as such), but rather whether oils identified as "extra virgin" actually met the strict criteria required for that designation:

"Extra virgin" is the top grade of olive oil according to standards established by the International Olive Council (IOC) and the United States Department of Agriculture (USDA). In addition to establishing chemistry standards for extra virgin olive oil, the IOC and USDA have established a sensory standard — the oil must have zero defects and greater than zero fruitiness.

In the same passage, the Center explained that the 69% figure dated to 2010 tests of the sensory standards criteria for extra virgin olive oil and that the substandard olive oils were not unique to the United States:

In July 2010 the UC Davis Olive Center issued a report showing that 69 percent of imported olive oils labeled as "extra virgin" failed the IOC sensory standard — in other words, these oils were defective and failed to meet the international standard for extra virgin olive oil. In the months since the release of the study, similar quality problems have been found in Andalusia, the world's most productive olive oil region, by Spanish authorities.

While tests carried out on olive oil between 2008 and 2010 revealed that many store-vended oils did not meet the criteria set by regulatory agencies for the "extra virgin" label, the testing did not determine that the oils were "fake" in the sense of not being made from olives. The tested samples did not always meet the stringent extra-virgin standards for taste, aroma, and color, and the flavor profiles of some olive oils were likely overstated, but the samples were not oils produced from another source masquerading as olive oil, nor did the study raise concerns about purity, adulteration, safety, or substitution of various brands of olive oils.

UPDATE: 19 February 2017 -- The status of this page was changed to "MIXTURE" and the "What's True" and "What's False" descriptions were reworded to better distinguish between "olive oil that does not meet the standards for extra virgin labeling" and "'fake' olive oil."