Is the Oldest Tree on Earth a 6000-Year-Old Baobab in Tanzania?

Some trees can truly live for thousands for years. 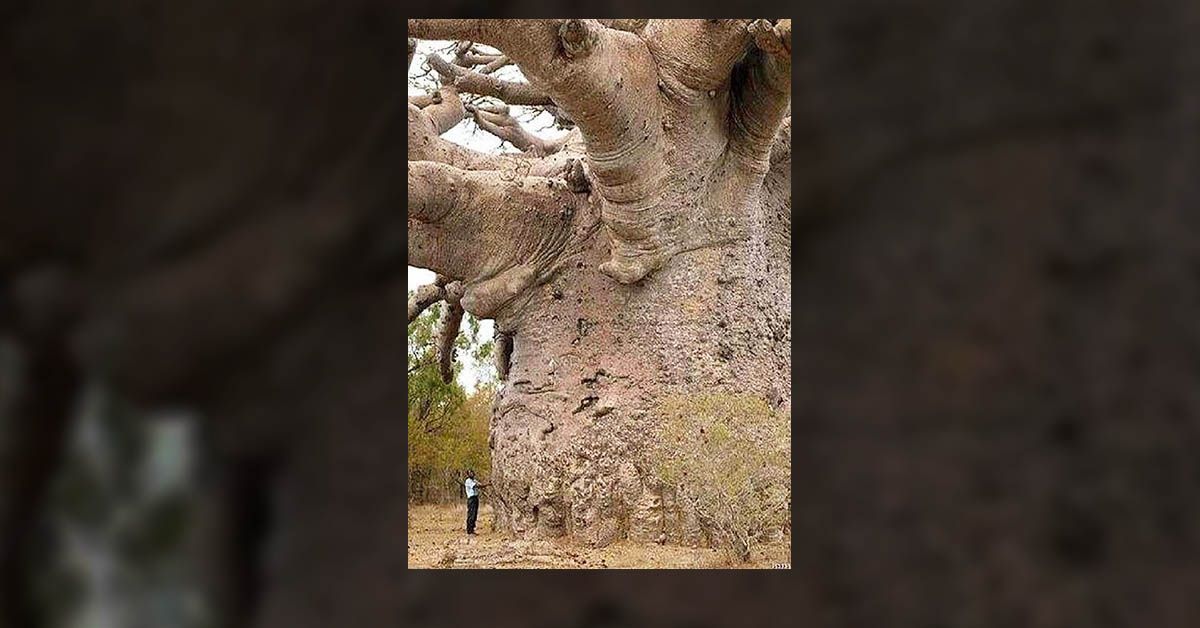 Claim:
A photograph shows the "oldest tree on earth," a 6000-year-old Baobob tree in Tanzania.
Rating:

A photograph supposedly showing the "oldest tree on earth" is frequently shared on social media. In July 2019, for instance, a post from the Facebook page Imagina claimed the tree shown below was 6,000 years old and was located in Tanzania. The post received more than 50,000 shares: This is not the oldest tree in the world, nor is the pictured tree 6,000 years old.

As of this writing, no tree has been verified to be 6,000 or more years old. The record holder for "oldest tree in the world" is a Great Basin bristlecone pine (Pinus longaeva) near Wheeler Peak in the Rocky Mountains in Nevada. This tree, dubbed "Prometheus," was cut down in the 1960s by geographer Donald R. Currey.

Currey, who had been granted permission from the U.S. Forest Service to take core samples of bristlecone pines in the area, found 4,862 growth rings at the center of this tree. As harsh conditions may have prevented this tree from forming a ring every year, Prometheus' age was estimated to be 4,900 years old:

Currey found a tree in this grove he believed to be well over 4,000 years old. This tree was known by local mountaineers as Prometheus. There are several accounts of how Prometheus met its end. Some say Currey's increment borer, the tool used to take core samples, broke off in the tree. Others say he did not know how to core such a large tree, or that the borer was too short. Yet others say Currey felt he needed a full cross section to better examine the rings of the tree. We may never know the true story of what happened to Prometheus, but we do know one thing for certain: Currey had permission from the Forest Service to have the tree cut down. Counting the rings later revealed that Prometheus contained 4,862 growth rings. Due to the harsh conditions these trees grow in, it is likely that a growth ring did not form every year. Therefore, Prometheus was estimated to be 4,900 years old, the oldest known tree of its time.

The record for oldest "living" tree also belongs to a bristlecone pine. According to the Rocky Mountain Tree-Ring Service, this tree, nicknamed "Methuselah," can be found in the White Mountains in Eastern California and is 4,850 years old.

We have been unable to track down the specific origins of the above-displayed image. This photograph has been circulating online since at least 2004 and shows a large baobab tree (Adansonia digitata) in an unknown location (early postings indicated that the photograph was taken in Senegal, not Tanzania).

Baobab trees may not be the oldest trees on earth, but they are known for one arboreal attribute: their large girth.  Baobab trees store as much water as possible in their large trunks in order to get through the dry seasons in Africa. The trunk of the Sunland Baobob in South Africa was large enough, with a diameter of more than 10 meters, to build a small wine bar inside:

The Sunland Baobab, which died in 2017 after its trunk split, was once estimated to be 6,000 years old. But carbon dating of the Sunland tree found that its age was closer to 1,060 years old.

The oldest confirmed age of a baobab tree is 1,275 years old.