Twitter users enjoyed what appeared to be amusing parallels between the end of 2020 and life a century earlier. 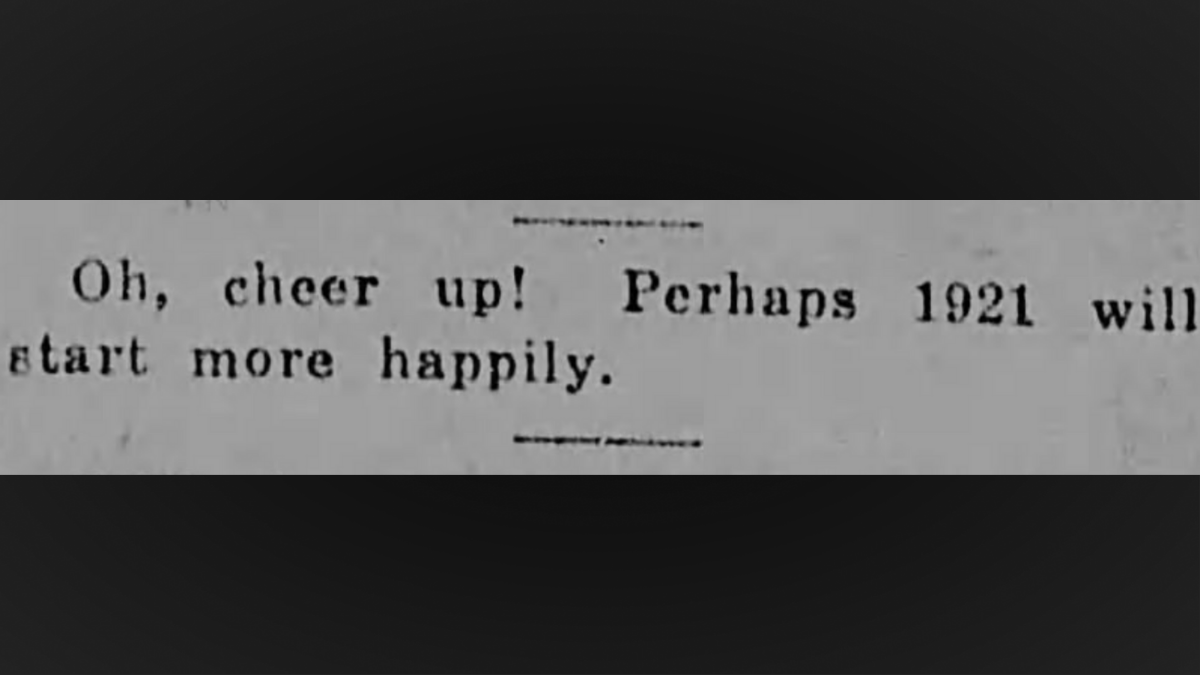 Claim:
News clippings from the 1920s referenced "safe kisses" in a flu pandemic and mused that "Perhaps 1921 will start more happily."
Rating:

In the final days of 2020, the attention of many people around the world turned to evaluating the preceding 12 months and looking ahead to what 2021 might have in store. In light of the COVID-19 coronavirus pandemic, which killed almost 2 million people and left many millions more sick or unemployed, some observers rated 2020 as one of the "worst years" in living memory.

Against that backdrop, Twitter user @ultragloss posted a widely shared tweet that claimed to show newspaper clippings from a century earlier, which seemed to capture the COVID-conscious zeitgeist of December 2020.

On Dec. 27, @ultragloss wrote "Thinking about these 1920s newspaper excerpts" next to what appeared to be two clippings: one that read "During a flu epidemic, the only safe kisses are the xxxx's at the end of an affectionate letter"; and the other that read simply "Oh, cheer up! Perhaps 1921 will start more happily." Both of those clippings were real and authentic.

The first was published in the Des Moines Tribune-Capital on Dec. 20, 1928, and can be viewed in context here. The epidemic in question was the influenza epidemic that took place during the winter of 1928-1929. According to later estimates, the epidemic was responsible for roughly 50,000 deaths in the United States.

In the United States, public health authorities occasionally published guidelines for "safe kissing," especially during flu epidemics in 1915-1916, and of course during the pandemic of 1918. The 1928 note shared by @ultragloss appears to have been an ironic allusion to those public information campaigns.

The second clipping, which clearly struck a chord with internet users choosing to take an optimistic view of the year 2021, was also authentic. It was published on Jan. 2, 1920, in the pages of The New York Tribune. It appears to have been written by Franklin Pierce Adams, who had a popular daily column called "The Conning Tower," in which he published verses, limericks, and various witty observations and musings. The excerpt can be viewed in its proper context here.