Was an Old Camera from Titanic Found Deep in the Ocean?

You may have seen the ad that promised: "Old Camera Found In The Deep Ocean Reveals Horrifying Titanic Photos." 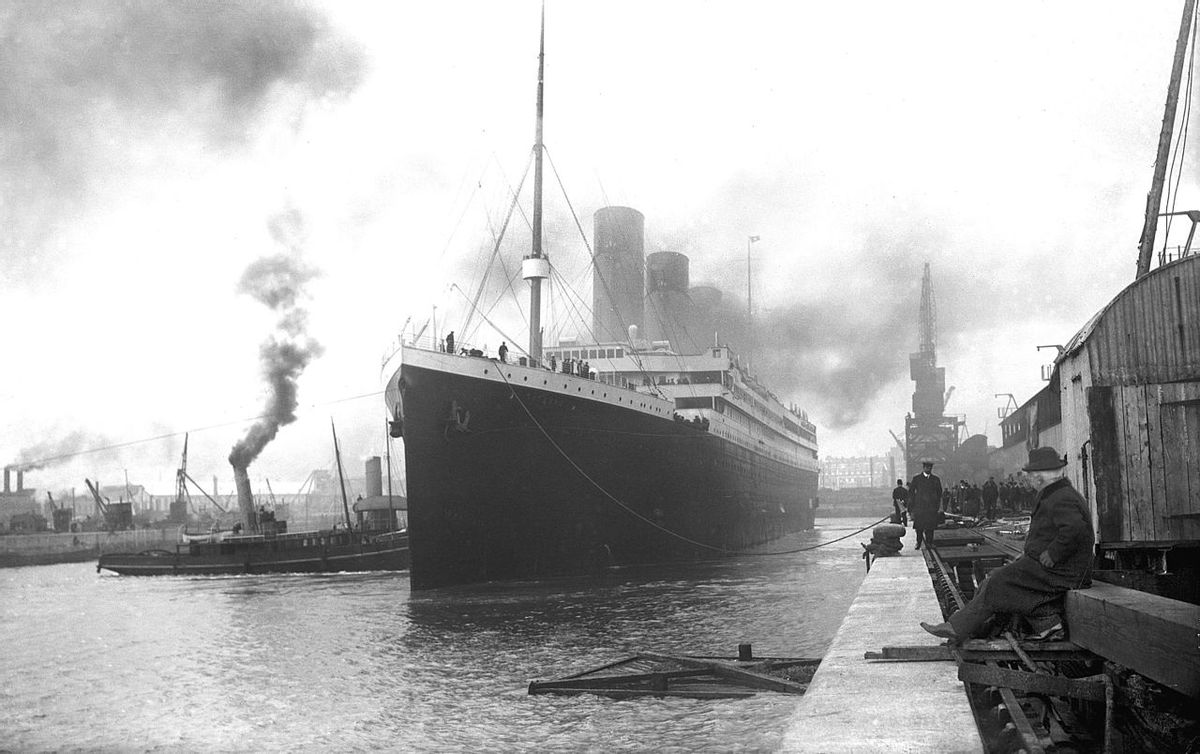 The history of the sinking of the Titanic in 1912 has been plagued by tall tales, conspiracy theories, and urban legends. The Titanic's story perhaps became more popular than ever with James Cameron's release of the 1997 blockbuster epic of the same name. Speaking of Cameron, even the film's shooting was marked by a questionable occurrence, in which a chef on set laced the seafood chowder with PCP, causing some cast and crew to be sick.

Since at least November 2020, an advertisement promoted on the Taboola advertising platform read: "Old Camera Found In The Deep Ocean Reveals Horrifying Titanic Photos." A website, Floor8, appeared to take a frame from the 1997 film and change it to appear black and white. The advertisement was placed by Floor8, and clicking on it led curious readers to a Floor8 story with a title different than the advertisement: "Here's What the Last Days of the Titanic Were Really Like." The story was originally published by Two Red Dots, and mentioned nothing about an "old camera" being "found in the deep ocean." It's unclear if Two Red Dots was related to Floor8. This is what's known as advertising arbitrage. The strategy is to provide something interesting in the advertisement, often something that is highly misleading, and then to land readers on a slideshow-style story where they must click sometimes hundreds of times to finish the slideshow. The advertisers aim to make more money on the slideshow clicks than they spent to advertise the story in the first place. We previously covered other stories about arbitrage, including one that falsely said Alex Trebek's family was "in tears" after they saw his net worth following his death, another that claimed a dangerous vacation spot was in California (it wasn't), and yet another that misled readers into believing former actress and model Evelyn Nesbit was part of Wild West history.

The remaining wreckage from the Titanic was estimated to be 12,600 feet (3,840 meters) underwater. Had a camera from the early 20th century been recovered near the ocean floor after around 100 years, the images could certainly not be recovered.

While an old camera with "horrifying Titanic photos" was not found in the deep ocean, it is true that a young girl named Bernice Palmer shot photographs of the iceberg that ripped open the Titanic, resulted in its sinking. She also captured images of survivors.

The Natural Museum of American History published that Palmer carried a handheld camera on the ship that responded to the Titanic's distress call:

In 1900, the Eastman Kodak Company came out with the handheld box camera known as the "Brownie." An immediate hit, more than 100,000 were sold in its first year. Canadian Bernice "Bernie" Palmer received a Kodak Brownie box camera, either for Christmas 1911 or for her birthday on January 10th, 1912.

In early April, Bernie and her mother boarded the Cunard liner Carpathia in New York, for a Mediterranean cruise. Carpathia had scarcely cleared New York, when it received a distress call from the White Star liner Titanic on 14 April. It raced to the scene of the sinking and managed to rescue over 700 survivors from the icy North Atlantic. With her new camera, Bernice took pictures of the iceberg that sliced open the Titanic’s hull below the waterline and also took snapshots of some of the Titanic survivors.