The state has long hailed itself as the "birthplace of aviation" after the historic achievements of Dayton brothers Wilbur and Orville Wright. 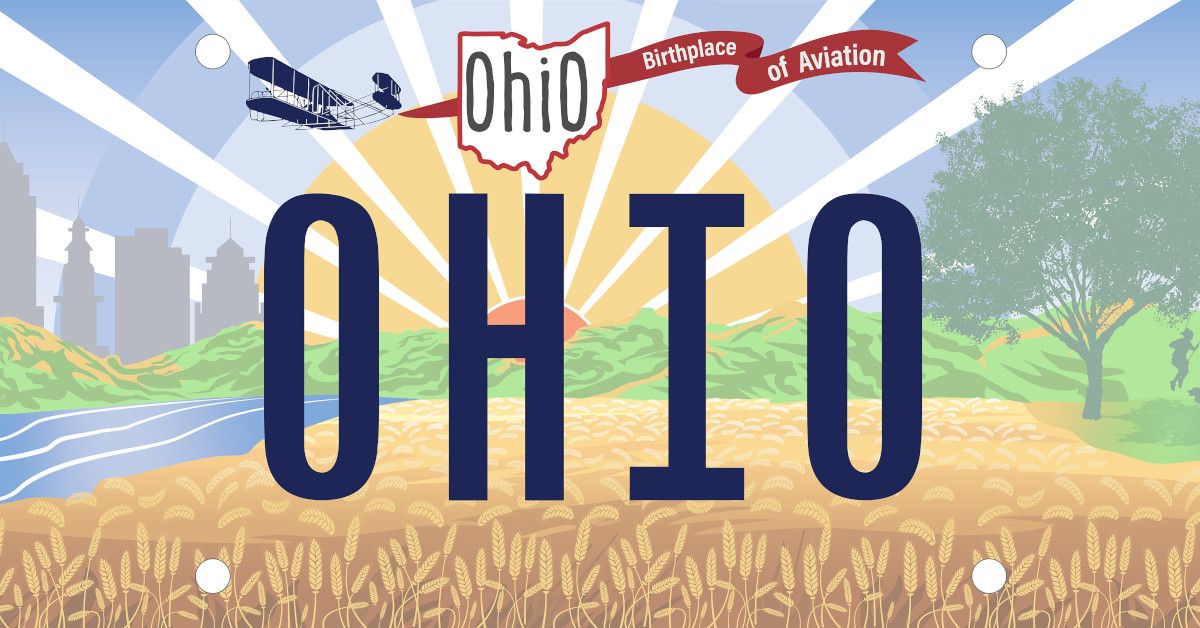 The Ohio Bureau of Motor Vehicles promptly acknowledged the error in the original license plate design, and issued a new, accurate version later on Oct. 21.

For example, one Twitter user wrote, "Holy shit. The Wright Brothers Flyer is flying backwards on the new Ohio license plate," while Axios reporter Tyler Buchanan wrote, "That tail-looking thing is actually the front. But the banner's facing the other way."

The unveiling of the new license plate design, at a news conference on Oct. 21, can be watched below. Among other features, the plate contains a banner that reads "Birthplace of Aviation" emerging from a representation of the Flyer — the ground-breaking aircraft designed by Dayton, Ohio, brothers Wilbur and Orville Wright, which made the first ever airplane flight in 1903.

In the design unveiled at the news conference, the banner emerged from the smaller end of the Flyer, giving the impression that this was the back of the aircraft. This was evident in a tweet posted by the Ohio Bureau of Motor Vehicles (BMV): However, that smaller end of the Wright Flyer, composed of the "elevators," was actually at the front, as this National Aeronautics and Space Administration (NASA) graphic shows:

So tweeted photos and other descriptions of the originally unveiled license plate design — showing the banner emerging from the smaller end of the aircraft — were authentic, and social media users were right to point out that that representation was indeed inaccurate. As such, we are issuing a rating of "True."

However, the Ohio Bureau of Motor Vehicles (BMV) promptly acknowledged the error and issued a new design version of the license plate later on the same day, which correctly showed the banner emerging from the back end of the aircraft: A spokesperson for the Ohio Department of Public Safety told Snopes that around 35,000 license plates had already been manufactured with the error featured on them, but said the state would be recycling all of them. The spokesperson said it was not yet clear what the cost would be of having to re-print those license plates with the corrected design.