Was This Bull Shark Caught in the Ohio River?

A bull shark supposedly caught in the Ohio River near Indiana was actually captured from the Brisbane River in Australia. 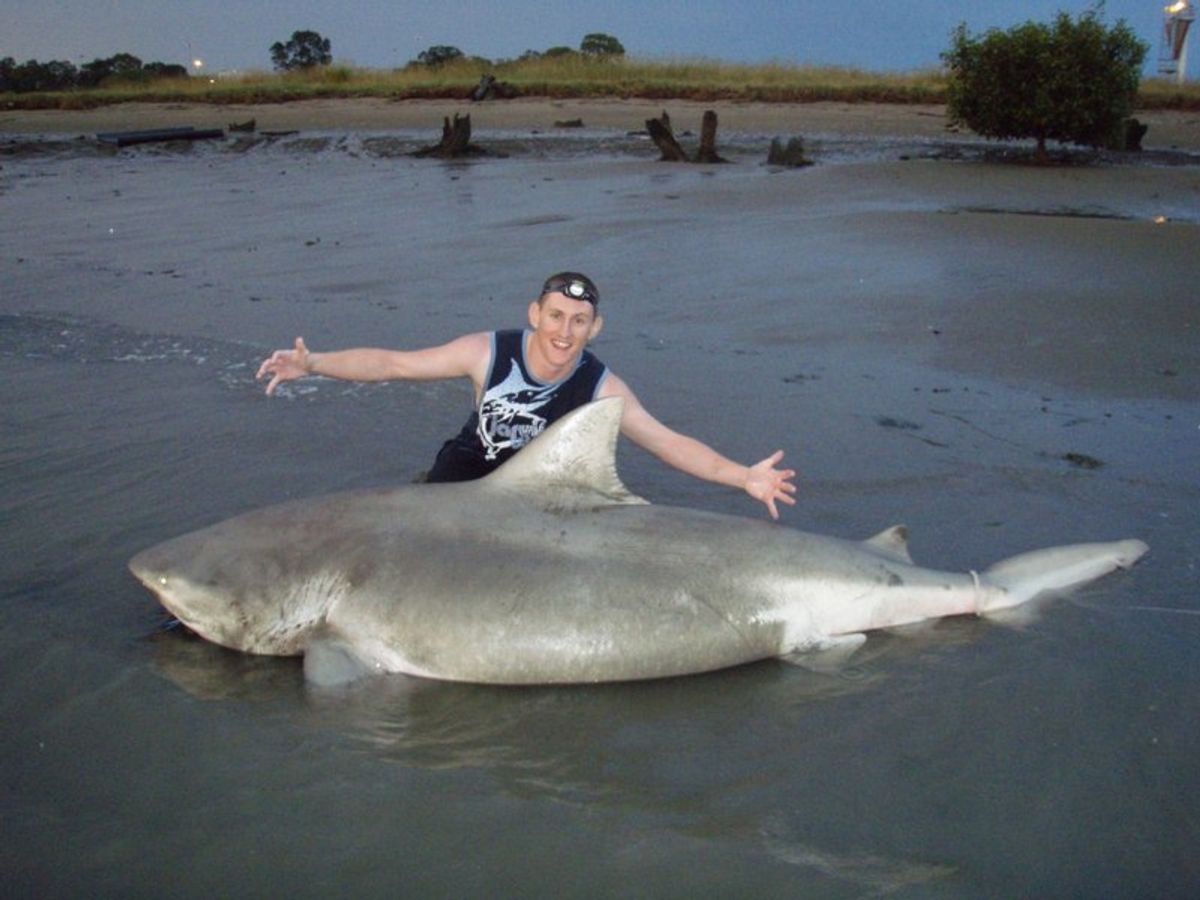 Claim:
A photograph shows a bull shark caught in the Ohio River near Indiana.
Rating:

On July 6, 2015, a photograph purportedly showing a bull shark caught in the Ohio River near Indiana began circulating online. Although the photograph was real, the background story commonly associated with it is false: The bull shark pictured above was caught by fisherman Terry Hessey not in the Ohio River, but a world away at the mouth of the Brisbane River in Australia. The shark, which Hessey claimed in 2008 during the Brisbane River Classic fishing competition, was measured at 2.9 meters and was estimated as weighing between 250kg and 300kg (the only available scale had a capacity of 200kg).

While the Brisbane River Classic does include a "longest shark" award, Hessey's catch stirred up controversy:

Brisbane River Classic fishing competitor Terry Hessey caught the 2.9m bull shark at the mouth of the river in December [2008] and pictures posted on the internet have since fired up debate.

The species, which lurks on the city's doorstep, has been implicated in attacks on swimmers in canals and waterways and was thought to have killed a woman swimming at Amity on North Stradbroke island in 2006.

Mr Hessey did not want to comment on the issue but fishing competition organiser Angus Gorrie said the angler usually released fish unharmed.

"Inevitably, there are some fatalities but about four in five sharks are released," he said.

Mr Gorrie said he understood there was a trophy element to Mr Hessey's kill but most smaller bull sharks were taken for eating just as people ate bream or whiting.

His competition would in future cater for photographic entries so animals did not have to be killed and weighed.

Numerous photographs and videos circulate on the Internet. Some are real. Some are fake. Some are real, but have been given false backstories. Here are a few of our favorites from the Snopes fauxtography archives: