Did Two Police Officers Cook Dinner for Children After Their Mother Was Taken to the Hospital?

An image of two police officers washing the dishes after they cooked a meal for a sick mother's children is real and was taken in the Netherlands in 2015. 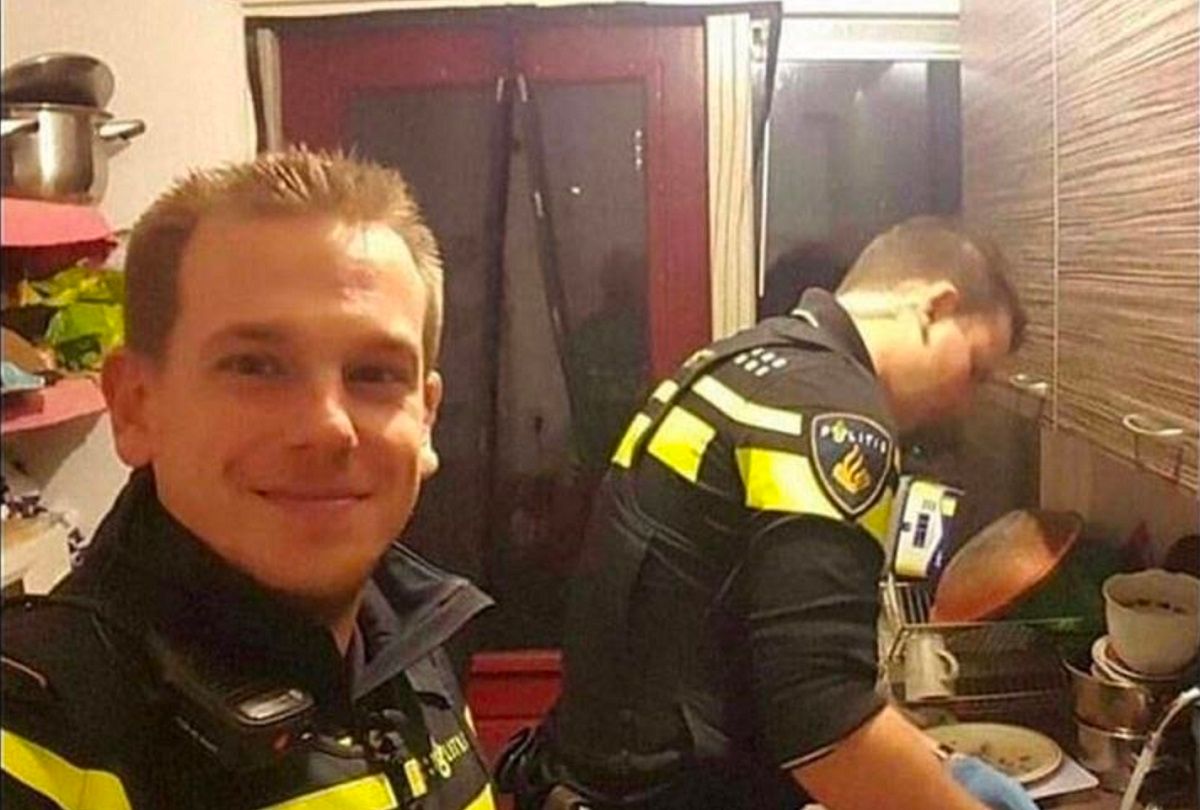 Claim:
Two police officers cooked a meal and washed the dishes for a group of children after their mother was taken to the hospital.
Rating:

The meme is not the most trustworthy vehicle of information, as these pieces of social media currency often present fabricated quotes, doctored images, and fictional stories. On occasion, however, they can contain a truthful, genuinely uplifting, anecdote.

Take the following meme for example: This image indeed depicts two police officers who cooked and cleaned for a group of kids after their mother was taken to the hospital. The photograph was originally posted to the Facebook page of Politie Eindhoven, a police department in the Netherlands, in November 2015.

The post was accompanied by a story about the "other side of police work" and explained that the two officers, identified only as Stan and Jeroen in a subsequent update, made fried egg sandwiches for five young children after their mother was taken to the hospital for treatment of hypoglycemia. Officers Stan and Jeroen then cleaned the dishes while they waited for their colleagues to arrive. Another side of police work

Last week officers received a call in woensel-North for a woman suffering from hypoglycemia. An ambulance crew had treated her at the scene, but her blood sugar levels remained too low, and the patient was taken to the hospital for testing while her five young children remained behind in their home. Because the officers had to wait for someone who could take over temporary care of the youngsters, who had not eaten, the two men prepared some food for the kids. The officers made fried egg sandwiches, served with fruit, for the children. Then, of course, they had to do the dishes.