Can an egg or popcorn kernels be cooked using activated cell phones? 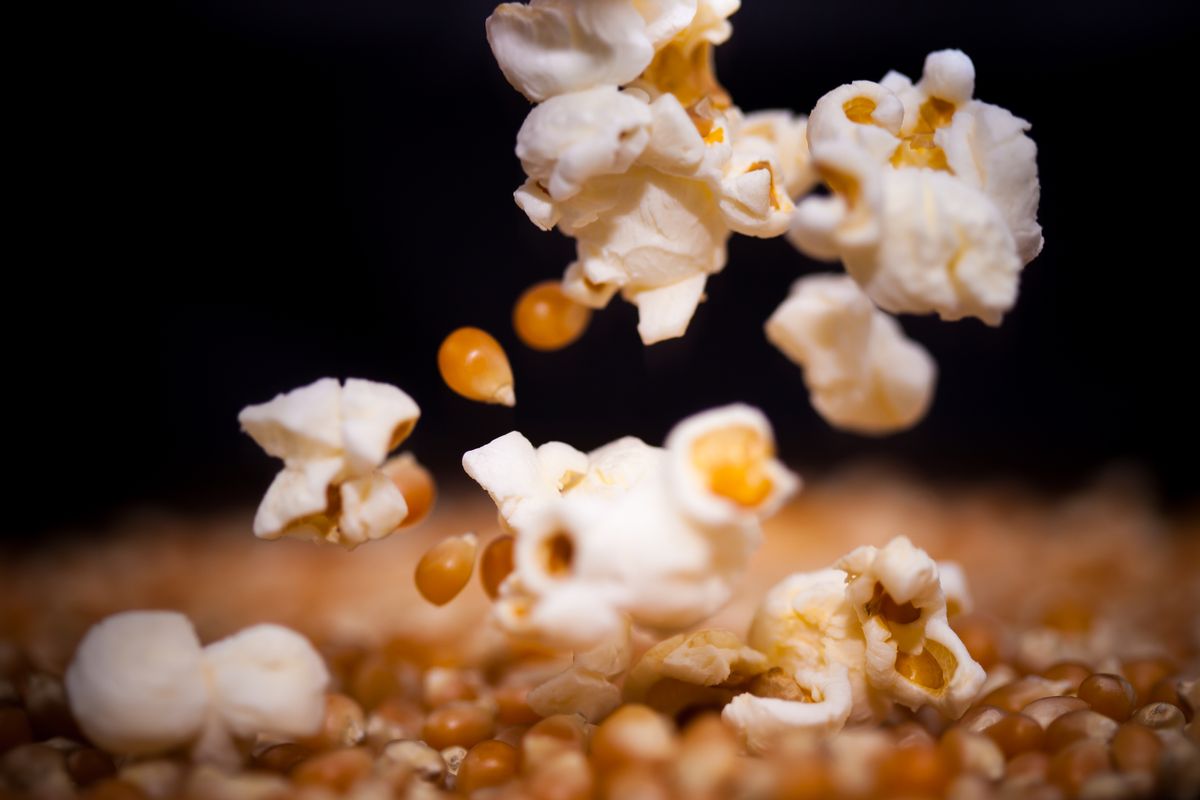 Claim:
Eggs and popcorn kernels can be cooked by placing them between activated cell phones.
Rating:

The introduction of many a new technology has been accompanied by claims that its use results in unforeseen, deleterious health effects — claims that have at times ranged from the completely loopy to the not entirely unfounded. This phenomenon has been particularly prevalent in recent years, as new, "invisible" technologies (e.g., microwave ovens that cook food without flames or heating elements, cell phones and computer networks that transmit and receive data without connecting wires) have replaced older and more familiar forms. We'll initiate the call between the mobiles to last for approximately;
Nothing will happen on the first

After 25 minutes the egg starts warming up, after
The egg is already hot; and after the egg is cooked Back in 2008, Cardo Systems (a vendor of Bluetooth communication devices) crafted a stealth advertising video that appeared to show some curious experimenters successfully getting popcorn to pop simply by placing four cell phones in a ring around the kernels and activating them. As Cardo Systems' CEO later revealed, however, the video had been created through the use of editing tricks: popped popcorn was dropped onto the table from above the camera frame, and the kernels on the table were removed via digital editing:

In 2000, the web site Wymsey Village Web published a spoof article ("Weekend Eating: Mobile Cooking") about using two mobile phones to cook an egg. The implications of this information were ominously obvious: If cell phones could cook an egg inside its shell, imagine what they might be doing to your brain while you're holding them against your head! Charlie Ivermee, the founder of the site (which is presented as the online home of a fictional English village), explained that he penned the piece to poke fun at precisely those kinds of technological fears:

There was a lot of concern about people's brains getting fried and being from a radio/electronics background I found it all rather silly. So I thought I'd add to the silliness.

Although the names of the article's putative authors ("Suzzanna Decantworthy" and "Sean McCleanaugh") should have been enough by itself to give away (even to those unfamiliar with the nature of the Wymsey Village web site) that the item was spoof, Ivermee noted that more than a few readers took his humor piece on the level:

I really underestimated how many people would take it seriously. No other page on the [Wymsey Village] site has grabbed people's attention and ire button as much as this one. My only regret is that I did not get a dime for every hit on that page.

In April 2006, the Russian tabloid Komsomolskaya Pravda sent the same hoax winging on another trip around the Internet by publishing an article, complete with pictures, in which journalists Vladimir Lagovski and Andrei Moiseynko claimed to have produced a hard-boiled egg in a little over an hour by placing the egg between two activated cell phones. (Click here for an approximate English translation of that article.)

Photographs from the Pravda piece, along with some brief explanatory text (as replicated in the "Example" block above), were widely forwarded via including the dire conclusion that "If the microwave radiation emitted by the mobiles is capable of modifying the proteins in the egg, imagine what it can do with the proteins in our brains when we talk through the mobiles."

For those who remain skeptical that even though these articles may have been spoofs, their underlying principle isn't necessarily false, we note that every instance we could find of someone's attempting to replicate this experiment resulted in dismal failure. For example, in March 2006 food writer Paul Adams penned a New York Times column about his efforts to cook an egg with two cell phones:

I stood an egg in an egg cup between two short stacks of books. With my new I called my old Samsung cellphone, answering it when it rang. I laid the two phones on the books so their antennas pointed at the egg. Supposedly, this would give me a cooked egg.

But after 90 minutes, with the Treo's fresh battery running low, the egg was still cold. Maybe, I thought, this method uses some sort of telephonic radiation to coagulate protein without heat? I whacked it on the table and watched raw egg ooze out. I poached it later by conventional means.

Clearly, people are eager to have their technophobias confirmed, but a cellphone's power output is half a watt at most, less than a thousandth of what a typical microwave oven emits.

We felt sorry for a whole 10 minutes while we imagined [the egg] getting pounded with invisible radio waves.

When we took the egg out, we were shocked to feel it was still cold. But, hey, the article didn't say it would be hot, just that it would be cooked.

So, we felt sorry for the egg one last time while Adam cracked its shell.

We were shocked to find that the egg was completely uncooked.

In October 2005 the television program Brainiac, a UK-based science show, aired an episode in which they tried cooking an egg by placing it under a pile of phones. All they ended up with was an unwarmed, uncooked egg:

So prevalent was this hoax that the Mobile Manufacturers Forum, an international association of radio communications equipment manufacturers, put up a brief article on their web site explaining why the "cook an egg with two cell phones" rumor wasn't technically feasible:

The claim that RF energy from two mobile phones can cook an egg in cannot be true as it is impossible for the egg's temperature to rise to a level that will cook the egg. We can demonstrate this as follows: even if you assume that each mobile phone is emitting RF energy at its maximum average power of (based on a peak power of per phone) for and even if the total power of both phones was completely absorbed by the egg (assuming it weighs then the result would be a maximum temperature rise after of only 13°C. Even if the egg was at room temperature before starting the experiment, the result would still be far below the temperature actually needed to cook an egg (which is approx.

In reality, an egg placed between two phones would have a much lower temperature rise because the egg is not thermally insulated and it would only absorb a small portion of the energy emitted.