Does This Photograph Show an Octopus Falling from the Sky in China?

Strong winds did hit a Chinese city, but the objects they displaced didn't include a whole octopus. 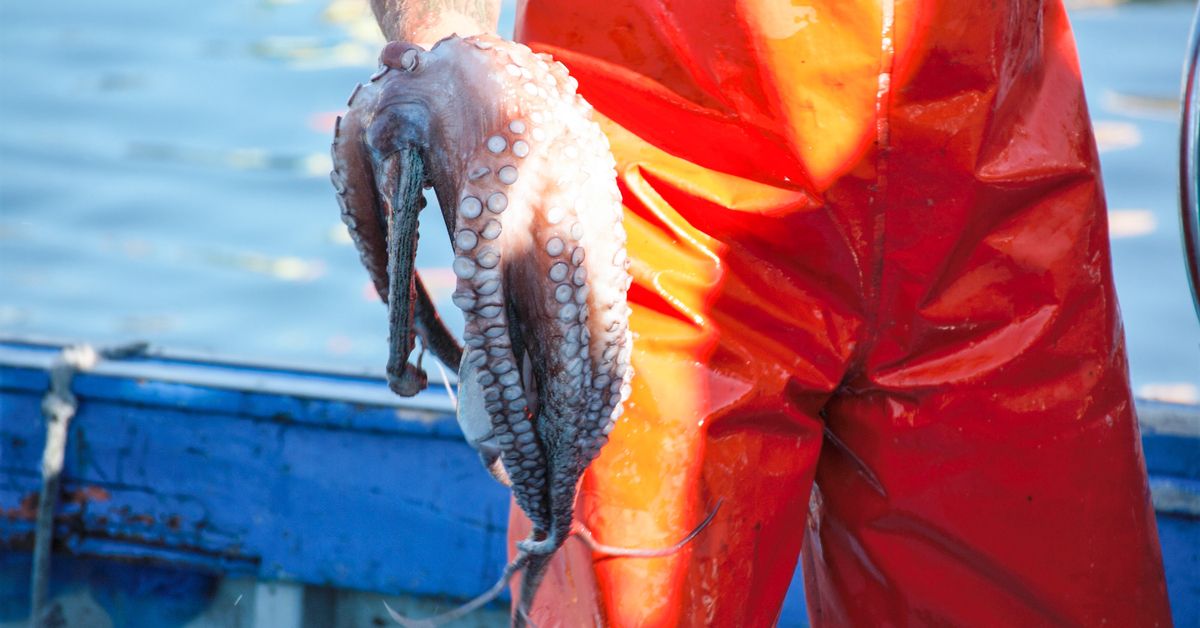 Claim:
A photograph shows an octopus that fell from the sky in China during a storm.
Rating:

In mid-June 2018, a photograph purportedly showing an octopus that had fallen from the sky after a strong storm in Qingdao, China, started making its way around the social networking site Weibo: This image soon found its way into articles published by Western news outlets such as the New York Post, Maxim, and the Daily Mail, who proclaimed it to be real:

These images show the extraordinary moment an octopus and starfish fell from the sky after being sucked up by a powerful storm.

The sea tornado fizzled out before making landfall on the coastal city of Qingdao, China, but the marine creatures which had been whirling around in the storm cloud were suddenly spat out.

Qingdao did experience strong winds on 13 June 2018, and multiple social media users did post photographs which they asserted showed random pieces of sea creatures (such as shrimp and starfish) landing on the windshields of their cars:

The photograph of the falling octopus, however, was a hoax.

The image was created by editing a stock image of an octopus silhouette onto a photographic rainy background scene. Here's a comparison of the "octopus" that fell from the sky in China (left) and the stock image: This image doesn't show an octopus falling from the sky in China, but the underlying rumor isn't completely far-fetched. Hurricanes and tornadoes are certainly strong enough to displace small animals, and occasional reports throughout the years have noted the "raining" of animals such as tadpoles or spiders.

Although such stories may sound a bit biblical, they're usually backed with logical, non-mysterious explanations. In this case, for instance, less sensational news reports suggested that "the images may have been the result of seafood being blown from stalls at a nearby market into the road."