Might be hard to "come on down" to "The Price is Right" if that's your only response. 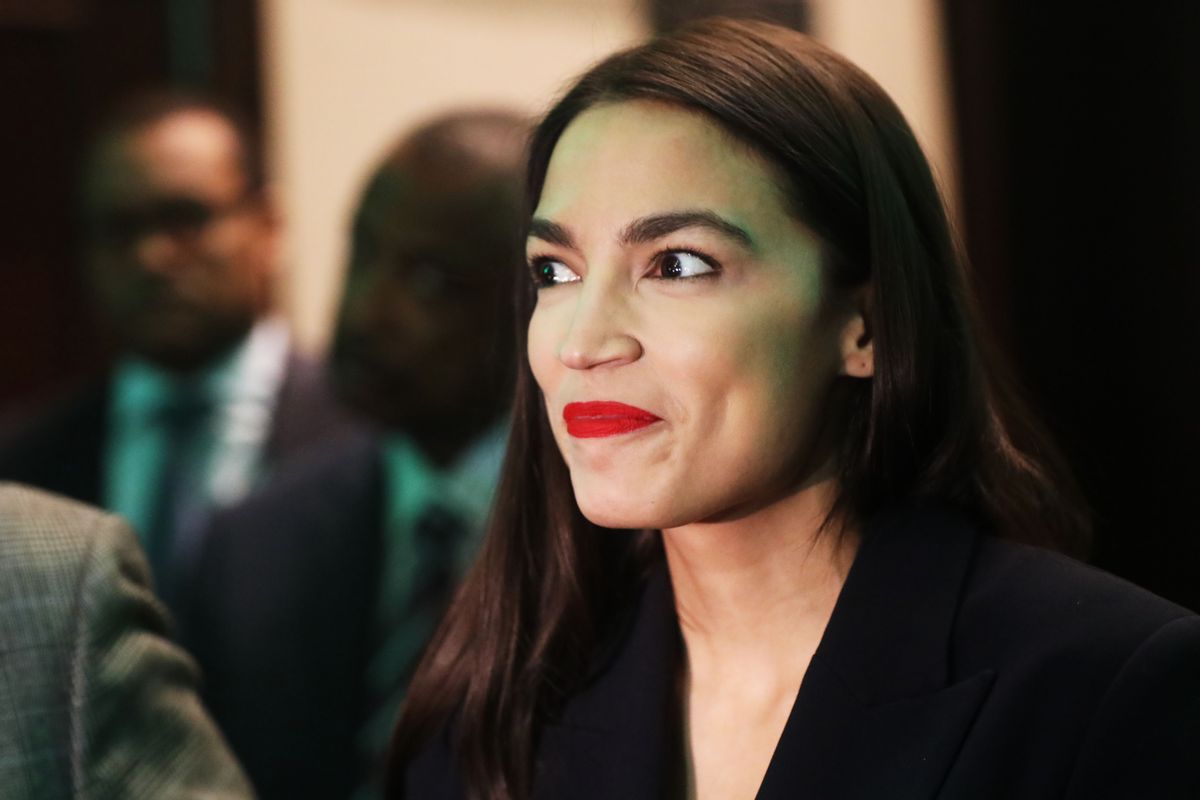 Claim:
Congresswoman Alexandria Ocasio-Cortez repeatedly guessed "free" in response to questions during an appearance on the game show "The Price is Right."
Rating:

In mid-April 2019, an image supposedly showing U.S. Congresswoman Alexandria Ocasio-Cortez guessing that the cost of an item was "free" during an appearance on the daytime television game show "The Price is Right" started circulating on social media: This is not a genuine photograph of Ocasio-Cortez on the show. This image was created for a satirical article that was originally published by The Babylon Bee.

The satirical article started: "Alexandria Ocasio-Cortez was pumped to attend a taping of The Price Is Right in Hollywood this week. The special guest introduced herself as a U.S. representative and rising star of the Democratic Party. Things got interesting when the game began and every time it was her turn to estimate the price of an item her answer was 'free.'"

This viral image combined a photograph of the congresswoman during her appearance on "The Late Show with Stephen Colbert" in June 2018 with a still from an episode of "The Price is Right." The image of her was slotted directly in front of the center contestant. Here's a collage showing the doctored image (top), a genuine still from "The Price is Right" (bottom left), and an image from "The Late Show" (bottom right): Eagle-eyed viewers may notice that the contestants on either side of AOC in the doctored image don't quite match up with their real-world counterparts. The Babylon Bee told us via email that their appearances were altered "to make it less real—that is, less directly tied to an actual episode that aired."

The Babylon Bee The Price Is Right
Read More