More than one fake news site has spread a story about an obese mom of seven purportedly arrested for starving her kids. 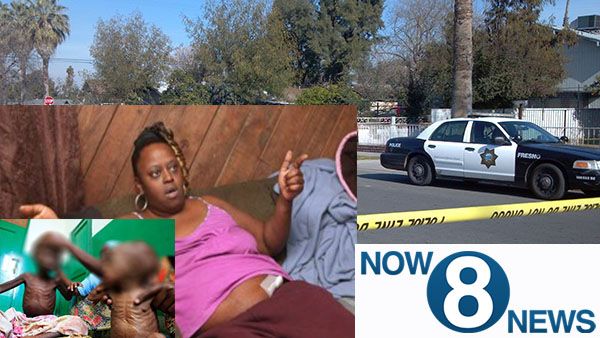 FACT CHECK:   Was an obese woman arrested for starving her seven children in order to feed herself?

Claim:   An obese woman was arrested for starving her seven children in order to feed herself.

A 27 year old mother of 7 nearly starved her kids to death…to keep the food all to herself… https://t.co/m62pMMV4SX pic.twitter.com/BJB8XxT2iJ

Origins:    On 15 August 2015, the web site DailyMediaBuzz published an article titled "Obese Woman Arrested for Starving Her 7 Kids: 'There Was Only Enough Food for Me" which reported that an obese mother of seven was arrested after neighbors spotted her children foraging through trash containers for food scraps:

A disturbing report is coming out of that Baton Rouge, Louisiana this morning that tells the story of 27-year-old Lakisha Connors who reportedly starved her children nearly to death. The 27-year-old mother of 7 was arrested on Thursday evening when neighbors called police and said they saw extremely unhealthy looking children digging through the trash cans on the side yard. When police arrived and knocked on the door, they were greeted by three-year-old Amonte Connors and five-year-old Dante Connors who let them into the home. Authorities say they found the Lakisha Connors passed out on the couch.

Authorities on the scene say when Lakisha was awoke by the police, she was very combative. "We pulled her up off the couch and asked her to explain herself," said Hernandes. "When asked why her children were in this condition, Lakisha plainly said, without any remorse, 'There was only enough food for me! Them kids get on my nerves. But they eat, they eat my scraps. I'm a big girl I need more than them!'"

But the claim didn't originate with the (itself not very credible web site) DailyMediaBuzz; rather, it was initially published by the fake news site Now8News. In July 2015, Now8News spread a fabricated tale about a man purportedly arrested for having sex with a pig in a Walmart bathroom, another claiming aborted fetuses were used in making Chicken McNuggets, and a third falsely asserting that Walmart bananas were infested with parasitic worms.

The photograph used by those sites to illustrate the "obese woman arrested" story was taken from a 2010 news report about a woman named Samantha Lynn Frazier who survived a shooting in an Atlantic City bar.