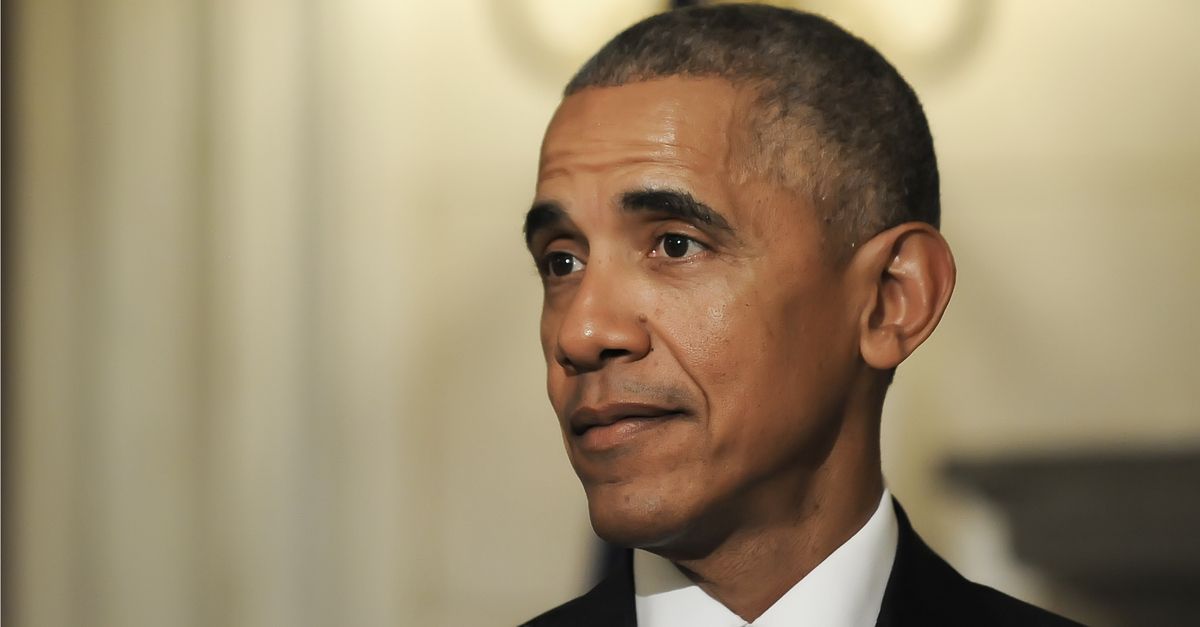 According to the story, former President Barack Obama had taken funds from the "Office of Presidential Visits and Vacations" to pay for vacations for himself, his family, and two dozen staff members through the year 2036. Once the "scam" was uncovered, the article said, Trump allegedly sent a bill to Obama to repay the money used for those vacations:

Before Obama left office he arranged with the State Department for a series of “official visits” to foreign countries spanning the next 20 years. Using discretionary funds from the Office of Presidential Visits and Vacations, Obama was able to weasel what would have been another $2.1 billion in free vacations for him and up to 24 members of his family plus staff and a dog sitter until the year 2036.

He would have, that is, had he not lost his office to Donald Trump. Trump, who is always looking for ways to save money, was having the office used for vacations repainted with 24 karat gold leaf trim and having the shelves lined with leather when he was presented with a ledger that contained all of the travel plans and expenses. The ledger was found by one of the 31 workers Trump hired from outside the typical White House staff to make alterations requiring specialized craftsmen.

Our President immediately canceled the plans and recalled all Secret Service agents scheduled to protect the Obamas anywhere outside of the United States. The Obamas, who are still waiting in Kenya for their documents so they can re-enter the country, are also facing another new challenge at the hands of Trump: They’re going to have to repay the government for all of those vacations that weren’t official state business.

Of course, there is absolutely no truth to this story. President Obama did not steal $2.1 billion to fund family vacations until 2036, nor did President Trump end his "vacation scam" or send Obama a bill to repay the money.

TheLastLineOfDefense.orghas a long history of publishing false information, and while the web site also reported that the Obamas were "waiting in Kenya" for their documents, the former President was actually with former First Lady Michelle Obama in the British Virgin Islands. On 14 February 2017, Michelle Obama posted a photograph from the beach, wishing her husband a happy Valentine's Day: An argument could be made here that Kenya also has beaches, which it does; in fact, its beaches are renowned for their beauty. However, before you conclude that the Obama family is lying about where in the world they are (and somehow fooling the press assigned to cover their stay in the islands), consider the following disclaimer, taken directly from TheLastLineOfDefense.org's own "About" page: