Reports that President Obama made millions off of royalties from trademarking the word 'Obamacare' are fake news. 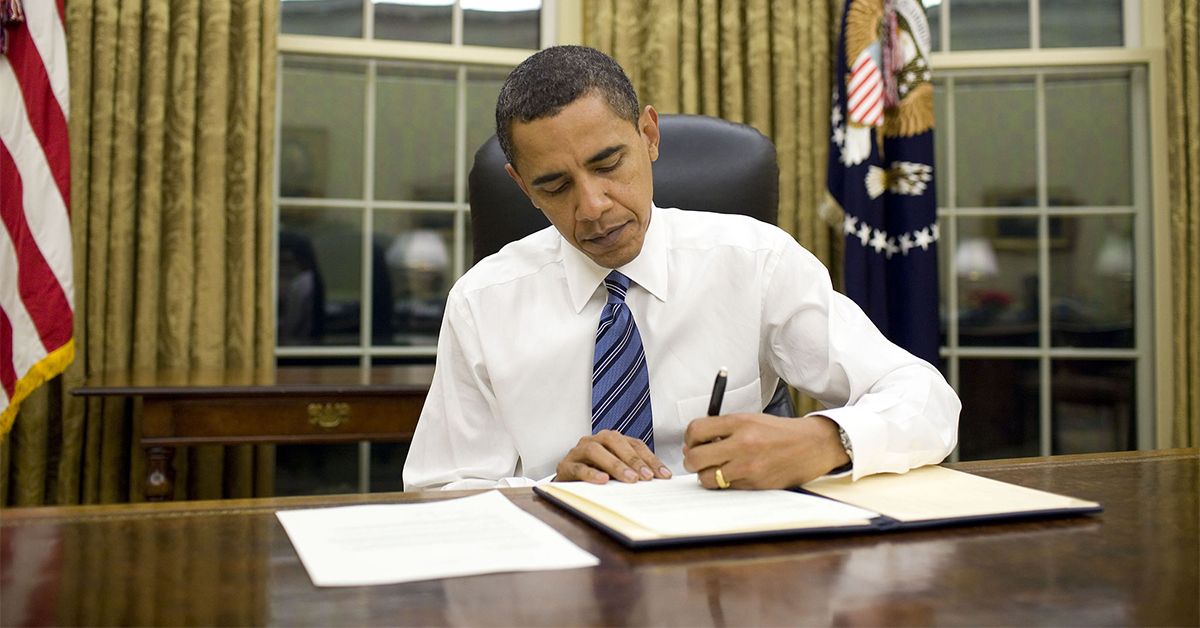 In January 2017 the Last Line of Defense web site published an article reporting that President Obama trademarked the term "Obamacare" and had since racked up millions of dollars in royalties from its use by the U.S. government:

Donald Trump’s accounting team has found a little-known scam about Obamacare that has made the Obama family millions of dollars that should belong to the taxpayer. According to the lead accountant at Howe, Dewey and DeWitt, Obama had a line item written into the law that gives his family a royalty for using their name.

The name “Obamacare” appears ion the text of the law 418 times and on the health care marketplace exchange websites 129 times. Every time someone clicks on a page with that name on it, the Obama’s receive 41 cents from the US Treasury’s general fund. The worst part is, since the Democrats made it part of the Obamacare law and not the ACA law, it’s perfectly legal.

What you have here is typical. The Lincoln family gets a cut every time the Gettysburg Address is re-published and the Kennedy family still owns the phrase “Ich bin ein Berliner” as well as “I am a jelly donut.’ Teddy’s last senate campaign was run strictly on proceeds from “ask not what your country can do for you.’ Why should this president be any different? Oh, that’s right ... because he’s black.

There was no truth to the above-quoted article. The Last Line of Defense has a history of publishing fake news stories, and the web site carries a disclaimer stating that its content is not factual:

In addition to the dubious source of this rumor, the article also contained several hints about its satirical nature. For one, the name of Obama's fictional accountant (Howe, Dewey and DeWitt) turns into "How Do We Do It?" when quickly spoken. The article is also tagged with the phrase "you're an idiot": It should also be noted that President Obama's signature law was called the the Patient Protection and Affordable Care Act (ACA), not "Obamacare." While the latter term does appear occasionally on the Healthcare.gov federal government web site (described as "an informal name sometimes used to refer to the health coverage plans available through the Health Insurance Marketplace") the term is not included in the official text of the ACA.