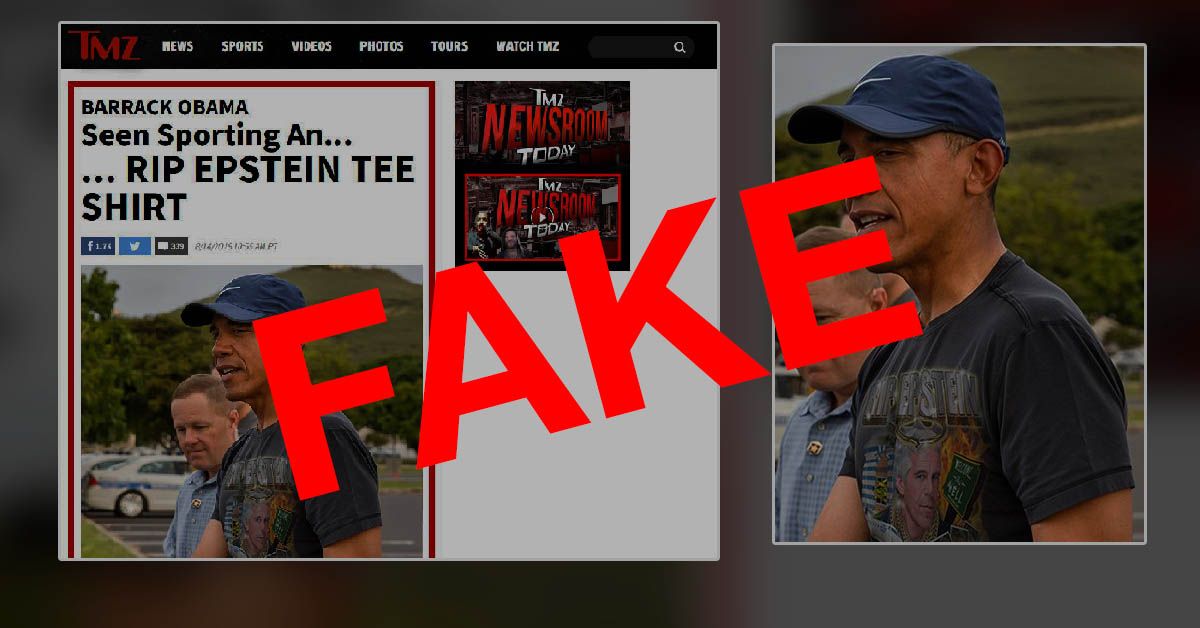 This is not a genuine photograph of Obama, nor was it published by the entertainment site TMZ.

This doctored image was created by manipulating a 2014 photograph of Obama during a visit to Hawaii. The original picture was taken by Julie Thurston and is available via Getty Images with the caption: "U.S. President Obama greets well wishers at Marine Corps Base Hawaii during his December 2014 annual vacation with the First Family in Kailua, Hawaii on the Island of Oahu."

Here's a look at the doctored image (left) and the original photograph (right): Interestingly, this isn't the first time the photograph has received the Photoshop treatment. In April 2018, a Reddit user used this image to create "Swolebama," a digitally enhanced muscular version of the president: