Did Obama Declare Swine Flu an Emergency Only After 'Millions' Were Infected?

Not all "fact checks" are created equal. 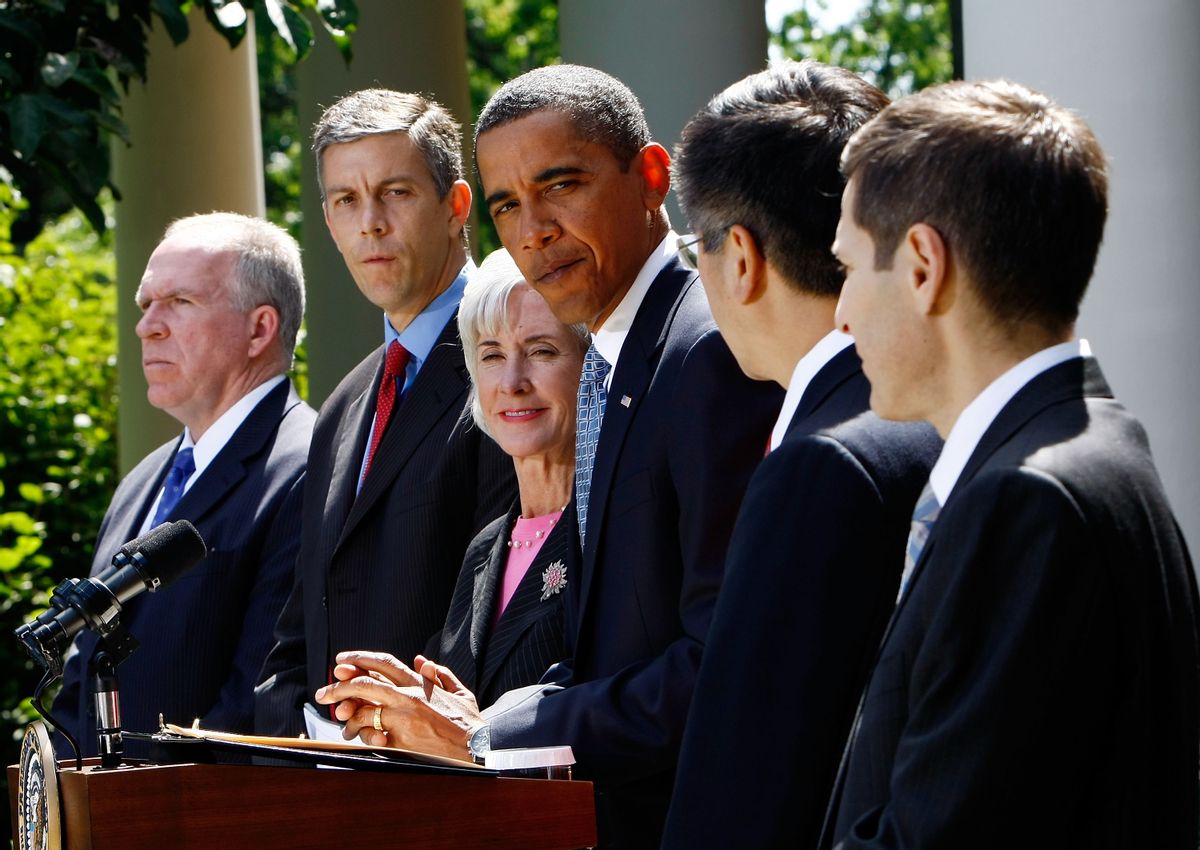 On Feb. 28, 2020, the website PJ Media published an article claiming that U.S. President Barack Obama had waited until millions were infected and thousands were dead from swine flu, the H1N1 virus, before declaring a public health emergency in 2009. The article, which was presented as a "fact check," got several simple details wrong. In response to criticism of U.S. President Donald Trump's handling of a recent outbreak of a new coronavirus, the PJ Media article opined that Obama had been lackadaisical about his response to a health emergency back in 2009, and that Trump by comparison had done his job admirably.

Surely, St. Barack of Obama would have dealt with this horrible pandemic better than Orange Man Bad, right? No-Drama-Obama had this whole thing under control, of course!

But it wasn't until six months later, October, that then-President Obama declared a public health emergency on what was already a pandemic. By that time, the disease had infected millions of Americans and more than 1,000 people had died in the U.S.

There are several factual inaccuracies in this excerpt alone. For instance, PJ media writes that H1N1 became a pandemic in April 2009. But that's not the case. The disease emerged in April but wasn't declared a pandemic until June.

Responding to what some health officials feared could be the leading edge of a global pandemic emerging from Mexico, American health officials declared a public health emergency on Sunday as 20 cases of swine flu were confirmed in this country, including eight in New York City.

[...] The emergency declaration in the United States lets the government free more money for antiviral drugs and give some previously unapproved tests and drugs to children. One-quarter of the national stockpile of 50 million courses of antiflu drugs will be released.

PJ Media also inaccurately presented a video in the article as if it showed Obama addressing the swine flu after it had "already become a pandemic." Again, that simply isn't the case. When Obama addressed the nation about swine flu, or H1N1, in April 2009, the disease was just starting to spread. It wouldn't be until June 2009 that the swine flu would be declared a pandemic.

The swine flu pandemic spread quickly across the United States starting in April 2009. There were approximately 60 million cases over the course of the following year, which resulted in nearly 275,000 hospitalizations and more than 12,000 deaths.

The Centers for Disease Control and Prevention (CDC) has a detailed timeline of this pandemic on its website. It shows that the CDC first activated its Emergency Operations Center (EOC) on April 22, 2009. At the time, there were only two confirmed cases in the United States. On April 25, 2009, the World Health Organization (WHO) declared a public health emergency of international concern, and the following day the Obama administration did the same. At that time, there were about 20 confirmed cases.

Despite the CDC's efforts, the swine flu continued to spread. Kathleen Sebelius, secretary of health and human services, renewed the emergency declaration on July 24, 2009, and then again on Oct. 1, 2009. On Oct. 24, 2009, Obama declared a national emergency that gave officials more resources to fight the pandemic.

The declaration, signed Friday night and announced Saturday, comes with the disease more prevalent than ever in the country and production delays undercutting the government's initial, optimistic estimates that as many as 120 million doses of the vaccine could be available by mid-October.

On April 26, the administration declared swine flu a public health emergency, allowing the shipment of roughly 12 million doses of flu-fighting medications from a federal stockpile to states in case they eventually needed them. At the time, there were 20 confirmed cases in the U.S. of people recovering easily. There was no vaccine against swine flu, but the CDC had taken the initial step necessary for producing one.

"As a nation, we have prepared at all levels of government, and as individuals and communities, taking unprecedented steps to counter the emerging pandemic," Obama wrote in Saturday's declaration.

In sum, the PJ Media article claimed that Obama "waited" until millions of people were infected with H1N1 before he declared an "emergency." But that isn't the case. The Obama administration started to address H1N1 just as the disease emerged in April 2009. A public health emergency was declared on April 26, 2009, when there were about 20 confirmed cases in the United States. The Obama administration renewed this declaration twice in the ensuing months before declaring a national emergency in October 2009.