Did Obama Call a UN Security Meeting Behind Trump’s Back? 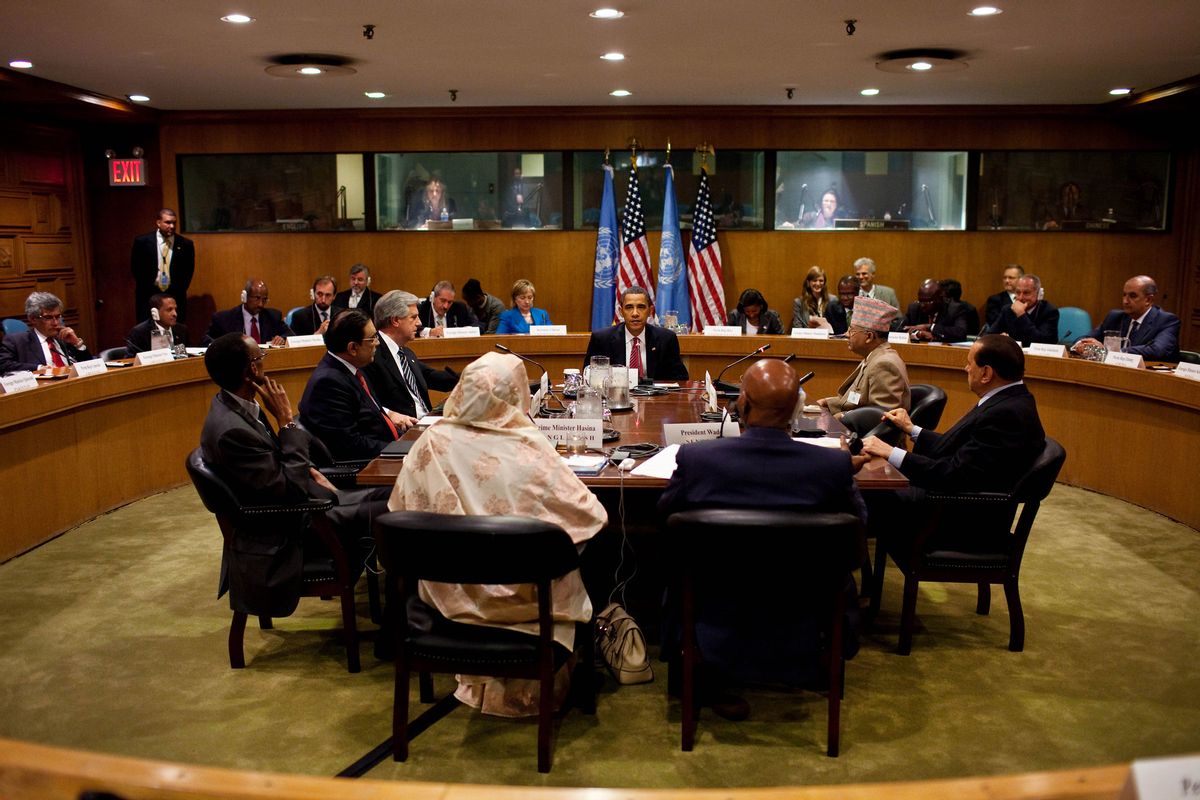 On Aug. 27, 2019, Obamawatcher.com published an article positing that former U.S. President Barack Obama called a secret security meeting behind U.S. President Donald Trump's back that was attended by 17 countries from the United Nations:

Former President Barack Hussein Obama was welcomed at the UN over the weekend for a secret meeting of the Security Council. But that’s not all.

17 countries, many with close ties to our enemies China and France, showed up at the meeting to support what we can only imagine is a plan to take over the US if Trump wins in 2020.

It should also be noted that the image at the top of this article, which was also used to illustrated ObamaWatcher.com's piece of fiction, does not show Obama at a secret UN meeting circa 2020. This image actually shows Obama at a UN peacekeeping meeting in 2009. The photograph was taken by official White House photographer Pete Souza, and was originally accompanied by the following caption:

While this article was published in August 2019, and while ObamaWatcher.com carries a disclaimer labeling their content as fiction, this satirical story continued to circulate on social media as if it were genuine. In September 2020, for instance, a link to this article posted by a self-described "truth seeker" and "fact researcher" on Twitter racked up more than 6,000 shares: