Obama to Remove Statue of Liberty Because It Offends Muslims

Reports that President Obama is dismantling the Statue of Liberty come from hoax web sites. 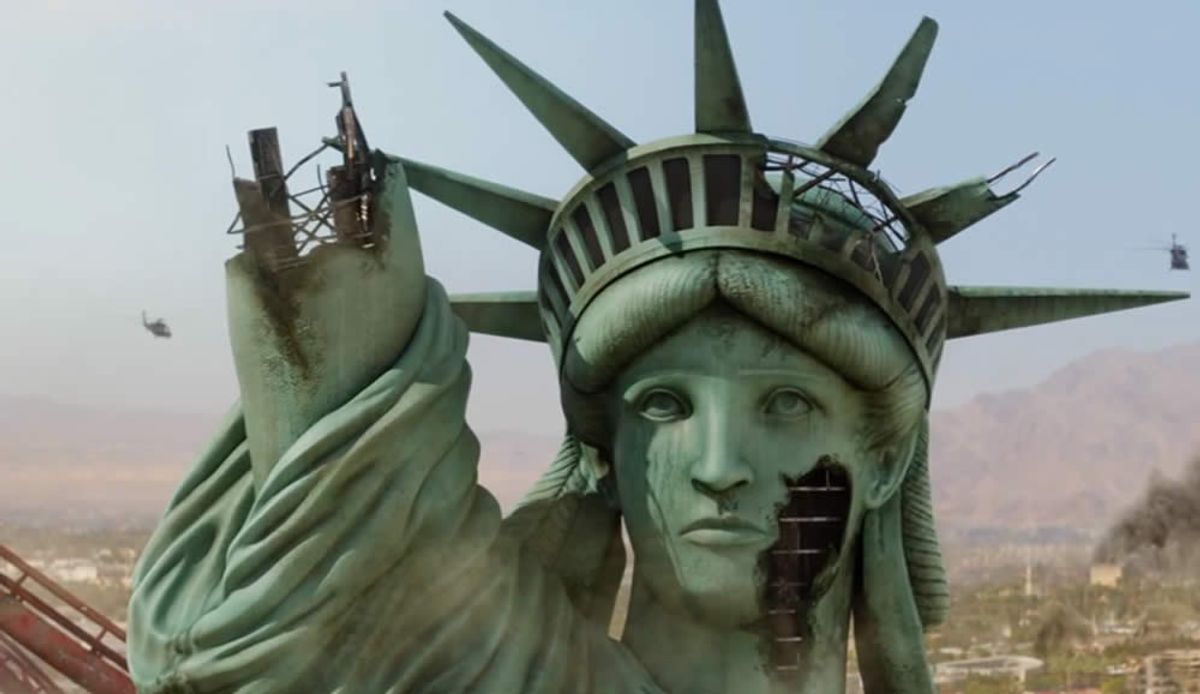 Claim:
President Obama plans to remove the Statue of Liberty because it is offensive to Muslims.
Rating:

On 5 July 2016, the web site Southern Conservative Daily published a very brief post reporting that President Obama planned to "remove" the Statue of Liberty because it was "offensive to Muslims." Although the headline of the article stated as much, its body read as follows:

President Barack Obama warned late Monday afternoon that if the House of Representatives did not agree to a continuing resolution to fund the government after midnight that did not curtail the implementation of Obamacare — and that he would therefore agree to sign — the Statue of Liberty would be “immediately closed.”

A 1 July 2010 clip of President Obama talking about the Statue of Liberty was attached to the article, during which the President did not mention removing the landmark or describe it as offensive to Muslims:

The article did not explain exactly how the Statue of Liberty might offend Muslims, but the rumor was taken at face value by many social media users despite that omission. Needless to say, no news reports have suggested that President Obama has any designs to do anything to the Statue of Liberty, much less plans to close or remove it.

The rumor wasn't new in July 2016, as a few months earlier the web site Departed.co published the same article verbatim and also asserted that the President had made such a claim on "Monday." As it turned out, the sentence was a snippet taken from a 30 September 2013 CNSNews article which itself misleadingly presented President Obama's comments on a looming government shutdown:

President Barack Obama warned late Monday afternoon that if the House of Representatives did not agree to a continuing resolution to fund the government after midnight that did not curtail the implementation of Obamacare — and that he would therefore agree to sign — the Statue of Liberty would be "immediately closed."

At the same time, Obama conceded that even if the House refused to pass a CR that allowed the administation to move forward with Obamacare, major government programs would continue. Social Security and Medicare, for example, would go on, and U.S. troops would remain on duty.

The linked remarks made by President Obama described the consequences of a government shutdown, not a personal plan of his to do away with the Statue of Liberty:

With regard to operations that will continue: If you’re on Social Security, you will keep receiving your checks. If you’re on Medicare, your doctor will still see you. Everyone’s mail will still be delivered. And government operations related to national security or public safety will go on. Our troops will continue to serve with skill, honor, and courage. Air traffic controllers, prison guards, those who are with border control -- our Border Patrol will remain on their posts, but their paychecks will be delayed until the government reopens. NASA will shut down almost entirely, but Mission Control will remain open to support the astronauts serving on the Space Station.

I also want to be very clear about what would change. Office buildings would close. Paychecks would be delayed. Vital services that seniors and veterans, women and children, businesses and our economy depend on would be hamstrung. Business owners would see delays in raising capital, seeking infrastructure permits, or rebuilding after Hurricane Sandy. Veterans who’ve sacrificed for their country will find their support centers unstaffed. Tourists will find every one of America’s national parks and monuments, from Yosemite to the Smithsonian to the Statue of Liberty, immediately closed. And of course, the communities and small businesses that rely on these national treasures for their livelihoods will be out of customers and out of luck.

And in keeping with the broad ramifications of a shutdown, I think it’s important that everybody understand the federal government is America’s largest employer. More than 2 million civilian workers and 1.4 million active-duty military serve in all 50 states and all around the world. In the event of a government shutdown, hundreds of thousands of these dedicated public servants who stay on the job will do so without pay — and several hundred thousand more will be immediately and indefinitely furloughed without pay.

These comments were completely unrelated to Muslims and did not single out the Statue of Liberty. However, a 1 January 2016 piece published by fake news outlet NotAllowedTo separately (and falsely) claimed that Muslims wanted to take the statue down because of plans to establish "Shariah law":

It appears the rumor President Obama plans to remove the Statue of Liberty because it offends Muslims was the result of fake news claims mashed up with remarks from 2013 that were deliberately taken out of context in order to generate outrage, and thus more web site clicks.