Was Barack Obama Serving Meals in Texas During Hurricane Harvey?

Images of the former president serving food appeared alongside claims that he was in Houston after massive flooding there, but the picture was actually taken during a 2015 charity event. 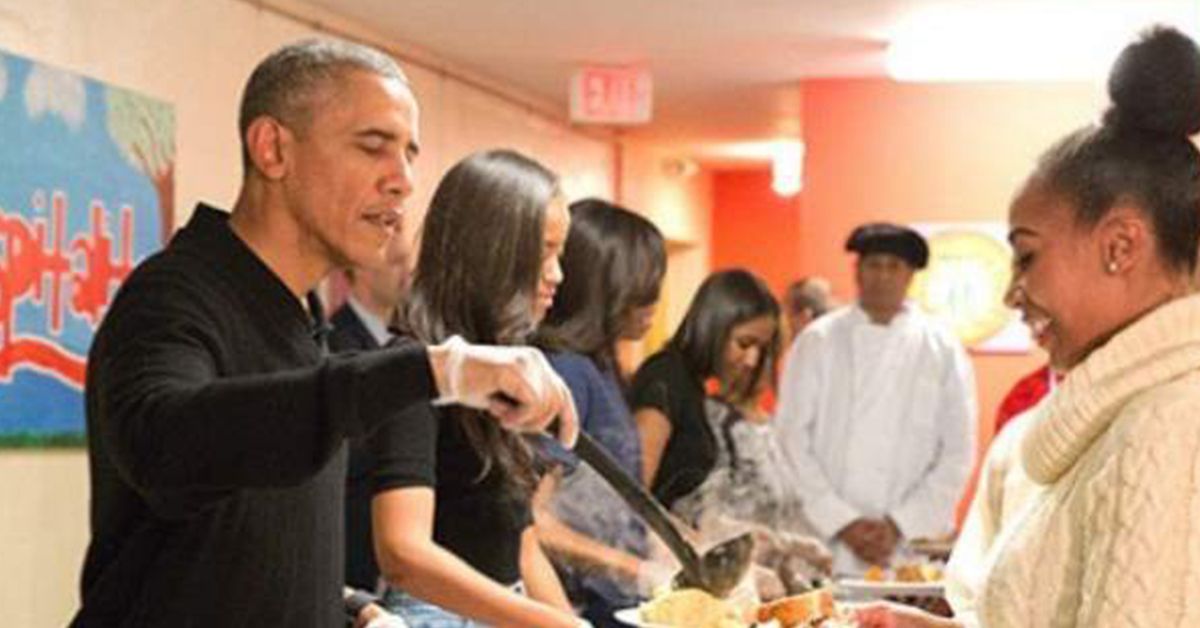 Obama is in texas serving meals! This photograph does show President Barack Obama serving food to people in need, but it was not in 2017, nor did it show people displaced by a hurricane. The picture was actually taken on 25 November 2015, when he and his family served meals to homeless U.S. military veterans during an event at St. Luke's Methodist Church in Washington D.C.

There is no indication Obama has been in Texas since the hurricane made landfall, but he did post a link on Twitter encouraging his followers to donate to the American Red Cross.

I took down the tweet of obama [sic], I apologize to people who thought it was real. also to @callrail I apologize!

We asked him whether he knew the picture of Obama was not taken in 2017 when he posted it. He has yet to respond.