President Obama's decision not to attend the funeral of Supreme Court Justice Antonin Scalia wasn't based on his deciding to play golf instead. 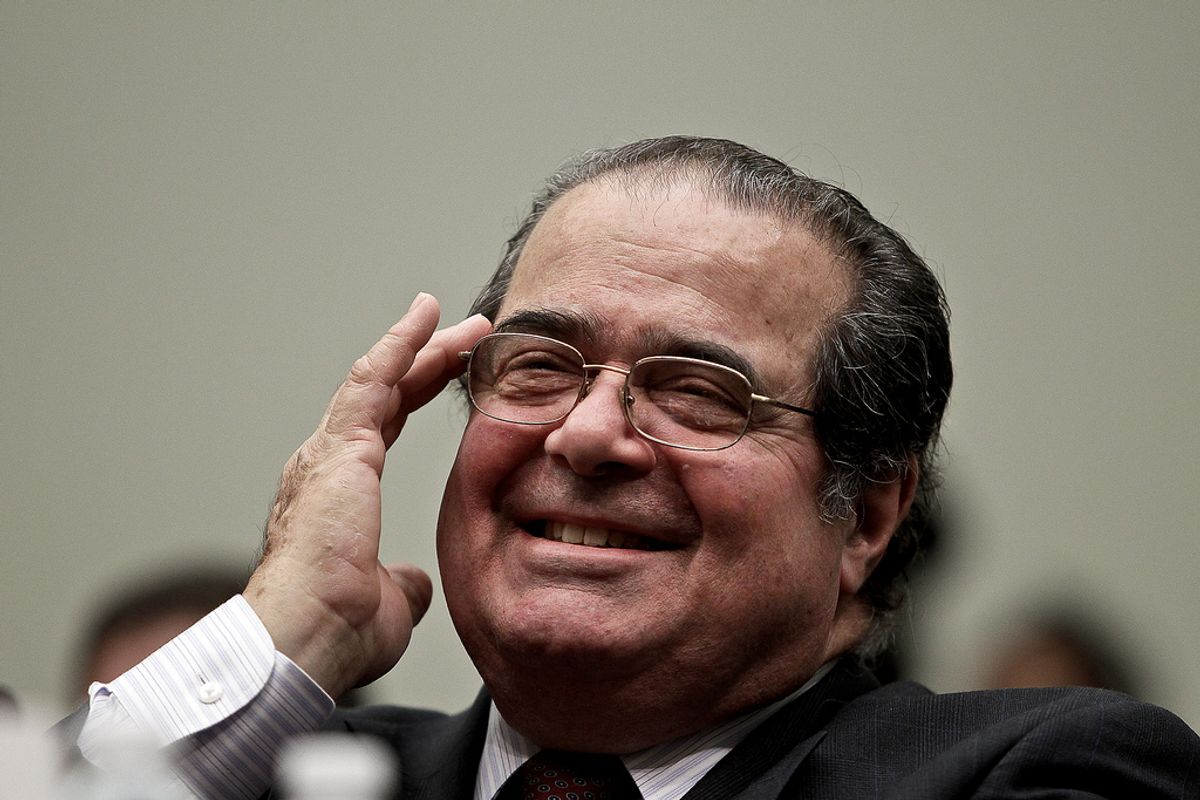 President Obama opted to attend a visitation for Justice Scalia but did not attend his funeral.

President Obama didn't fail to pay respect to Justice Scalia or play golf instead of attending his funeral, and Presidents do not historically attend all funerals of Supreme Court justices.

The 13 February 2016 death of Supreme Court Justice Antonin Scalia immediately sparked hot political debate and speculation, which hadn't abated by the time the White House announced that President Barack Obama would not be attending his funeral:

Instead, the president will pay his respects on Friday, when Scalia's body lies in repose in the Great Hall of the Supreme Court building. Vice President Joe Biden will attend Scalia's funeral at the Basilica of the National Shrine of the Immaculate Conception, the White House said Wednesday during a press briefing.

Earnest revealed the president’s plans during the daily briefing, saying Obama and first lady Michelle Obama will go to the Supreme Court on Friday “to pay their respects to Justice Scalia” while the justice lies in repose in the Great Hall. Vice President Joe Biden and his wife Jill Biden, who share Scalia’s Catholic faith, will be at the services instead.

President Obama's decision to not attend the actual funeral was endorsed by people close to Scalia's family:

"I wouldn't have expected President Obama to attend the funeral Mass, and I see no reason to fault him for not attending," said Ed Whelan, a former Scalia clerk who now heads the Ethics and Public Policy Center. "The ceremony at the Supreme Court seems the most apt opportunity for the president to pay his respects, but he obviously might have severe competing demands on his time."

The optics of paying his respects to Scalia are tricky for Obama, who would have been the subject of constant cutaways to his reactions and interactions with members of Congress during the funeral, distracting from memorials for the giant of American legal thought.

Whelan told the New York Times that for Catholics, "a funeral Mass is first and foremost a funeral, not an event of state." The article suggested that the possibility of disruption was a key factor in the White House's decision to have Vice President Joe Biden attend in his stead:

Facing questions again about the decision, Josh Earnest, the White House press secretary, did not offer a direct answer but implied that one reason was the potential for the extensive presidential security detail to be disruptive.

“Obviously, when the vice president travels to some place, his security footprint is at least a little bit lighter ... given his personal relationship with the family and given the president’s desire to find a respectful way to pay tribute to Justice Scalia’s service to the country, we believe we have settled on an appropriate and respectful arrangement ... Some people actually want to use the funeral of the Supreme Court justice as some sort of political cudgel,” Mr. Earnest said. “The president doesn’t think that that’s appropriate, and, in fact, what the president thinks is appropriate is respectfully paying tribute to high-profile patriotic American citizens even when you don’t agree on all the issues. And that’s what he’s going to do.”

The decision not to attend Scalia's funeral was not without precedent.  As NBC noted, four out of the past seven funerals for a Supreme Court justice have had either the president or the vice president in attendance (which means nearly half of them didn't):

"Dying this suddenly on the bench is the exception, not the rule, for the justices in the twentieth century," Washington and Lee University law professor Todd Peppers told CBS:

Of the approximately 100 justices who have served on the court and left, a little fewer than half have died while still holding the position.

But modern justices are much less likely to die in office. Before 1900, about two thirds of justices died in office, but since that time only about a third of justices have.

It is not out of the ordinary that President Obama decided not to attend Justice Scalia's funeral services, instead paying his respects the day before.  The political rumor mill worked overtime, however: Before long, a story was circulating (without any evidence) that Obama wasn't going to the funeral because he had decided to play golf instead:

@POTUS must be too busy golfing to attend the funeral of the late Justice Scalia, or maybe it's just a guily conscience? #JusticeFORScalia

In actuality, the President spent that weekend reading through lengthy dossiers and job histories of potential candidates for Scalia's replacement, according to his press secretary.

President Obama did not appear to have disregarded any traditions in the way he paid his respects to Scalia. Scalia's Catholicism and the tone of the event appeared to have been a considerable factor in who attended the funeral, as the Catholic Church discourages distractions from the solemnity of Mass, and the presence of the President would undeniably have affected the ceremony.