Does This Photograph Show Obama Riding the Subway Next to an Open-Mouthed Sleeping Man?

Most of us who ride the subway have shared this experience at one time or another. 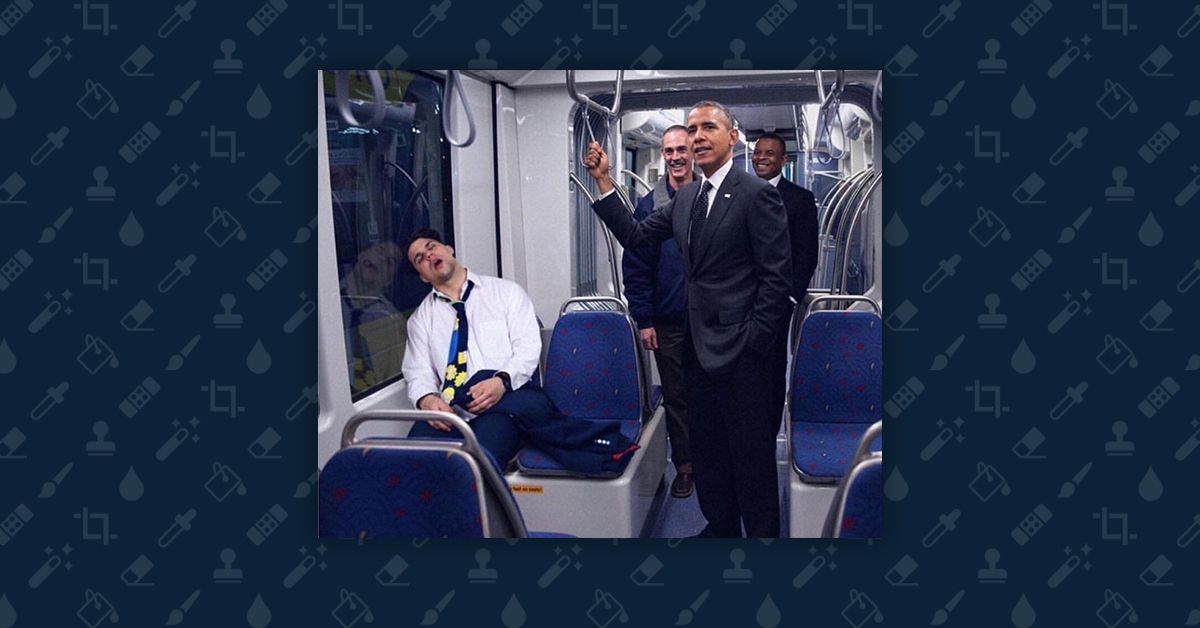 Claim:
A photograph showing President Obama with a man sleeping on the subway is genuine.
Rating:

An image purportedly showing President Obama standing near a sleeping man on the subway recirculated on social media in November 2017: This doctored image was created by Instagram user @AverageRob and was first posted online in January 2017.

Instagram user @AverageRob has built a following by digitally adding himself to photographs with celebrities, including Beyoncé, Ryan Gosling, Kim Kardashian, and Spiderman, among others. President Obama makes frequent appearances in his creations.

Here's another (doctored) image of Average Rob and Obama: